Marguerite Henry with her horse

(Nobody could capture the Phantom. She was the wildest mar...)

Nobody could capture the Phantom. She was the wildest mare on Assateague Island. They said she was like the wind, that the white “map” on her shoulders was her mark of freedom. Paul and Maureen Beebe had their hearts set on owning her. They were itching to buy and tame her, and worked hard to earn the money that she would cost. But the roundup men had tried to capture her and for two years she had escaped them.... Pony Penning Day holds a surprise for everyone, for Paul not only brings in the Phantom, but her newborn colt as well. Can Paul and Maureen possibly earn enough to buy them both?

Benjamin West and His Cat Grimalkin

Newbery Award–winning author Marguerite Henry’s beloved novel about a boy who would do anything to paint is now available in a collectible hardcover gift edition. Benjamin West was born with an extraordinary gift—the gift of creating paintings of people, animals, and landscapes so true to life they “took one’s breath away.” But Benjamin is part of a deeply religious Quaker family, and Quaker beliefs forbid the creation of images. Because Benjamin’s family didn’t approve of his art, he had to make his own painting supplies. The local Native Americans taught him how to mix paints from earth, clay, and plants. And his cat, Grimalkin, sacrificed hair from his tail for Ben’s brushes. This classic story from Newbery Award–winning author Marguerite Henry features the original text and illustrations in a gorgeous collectible hardcover edition.

King of the Wind

(He was named “Sham” for the sun, this golden-red stallion...)

He was named “Sham” for the sun, this golden-red stallion born in the Sultan of Morocco’s stone stables. Upon his heel was a small white spot, the symbol of speed. But on his chest was the symbol of misfortune. Although he was swift as the desert winds, Sham’s pedigree would be scorned all his life by cruel masters and owners. This is the classic story of Sham and his friend, the stable boy Agba. Their adventures take them from the sands of the Sahara to the royal courts of France, and finally to the green pastures and stately homes of England. For Sham was the renowned Godolphin Arabian, whose blood flows through the veins of almost every superior thoroughbred. Sham’s speed—like his story—has become legendary.

(How did the Morgan horse get its name? What are the diffe...)

How did the Morgan horse get its name? What are the differences between a Belgian and a Clydesdale? Why are the Byerly Turk, Darley Arabian, and Godolphin Arabian so important? Find the answers to these and many other intriguing questions in Marguerite Henry's Album of Horses. The award-winning author of the wonderful stories Misty of Chincoteague, King of the Wind, and Brighty of the Grand Canyon, Marguerite Henry describes in vivid detail the hardworking Shire, the elegant Lipizzan, the spirited Mustang, and many more. Never before have facts about horses been more accessible, and with Wesley Dennis's classic illustrations highlighting every page, this unique collection is sure to be treasured by horse lovers of all ages.

Justin Morgan Had a Horse

(Joel Goss knows that Little Bub is a special colt, even t...)

Joel Goss knows that Little Bub is a special colt, even though he’s a runt. And when schoolteacher Justin Morgan asks Joel to break the colt in, Joel is thrilled! Soon word about Little Bub has spread throughout the entire Northeast—this spirited colt can pull heavier loads than a pair of oxen. And run faster than thoroughbreds! This is the story of the little runt who became the father of the world-famous breed of American horses—the Morgan.

(A raging storm slashes across Assateague and Chincoteague...)

A raging storm slashes across Assateague and Chincoteague islands. Water is everywhere! The wild ponies and the people must battle for their lives. In the midst of the storm, Misty—the famous mare of Chincoteague—is about to give birth. Paul and Maureen are frantic with worry as the storm rages on…Will Misty and her colt survive? This is the thrilling story of the hurricane that destroyed the wild herds of Assateague, and how strength and love helped rebuild them.

(The magnificent Lipizzan stallions of Vienna come to life...)

The magnificent Lipizzan stallions of Vienna come to life as never before in this exciting story from Newbery Award–winning author Marguerite Henry, back in print by popular demand. A young boy named Hans dreams of one day working with the famed stallions of Lipizza. But coming from a family of bakers, Hans is discouraged from ever becoming a rider. That is, until the day he is invited to watch the extraordinary Ballet of Lipizzaners—from the Imperial Box!—and his life is changed forever. Marguerite Henry artfully includes authentic details about the skillful training of both horse and rider as she weaves the story of Hans and his beloved Lipizzan stallion, Borina. The brilliance of Hans’s dazzling public performances and his devotion to the art of classical riding make this story uniquely rich in history and horsemanship—a tale to be treasured by horse lovers of all ages. This beloved story from Newbery Award–winning author Marguerite Henry features the original text and illustrations with gorgeous new cover art.

(Movie men have come to Chincoteague to film the annual Po...)

Movie men have come to Chincoteague to film the annual Pony Penning, and Paul and Maureen are thrilled—until they learn that the producers want to buy their beloved Misty. Reluctantly, they agree to sell in order to send their uncle to college. But how will they ever fill the lonely place that Misty leaves behind? Finding an orphaned colt helps Paul and Maureen deal with their loss, and they soon discover that little Sea Star needs them just as much as they need him.

Mustang: Wild Spirit of the West

(Horses were in Annie Bronn’s blood. For as long as she co...)

Horses were in Annie Bronn’s blood. For as long as she could remember, she had been fascinated by the spirited wild mustangs that roamed free throughout the West. So when greedy cattlemen started to round up the mustangs for slaughter, Annie knew it was up to her to save the breed. The true story of Wild Horse Annie’s crusade to save the mustangs is inspiring. Readers will cheer her on, all the way to the White House, in her struggle to preserve these beautiful creatures from extinction.

(A forlorn workhorse finds something important to do in hi...)

A forlorn workhorse finds something important to do in his retirement.

Marguerite Henry was an American writer of more than 50 children's books, based on true stories of animals, especially horses. She was mostly known for book Misty of Chincoteague (1947).

Marguerite Henry was born on April 13, 1902, in Milwaukee, Wisconsin, United States. She was the youngest of the five children of Louis and Anna Breithaupt.

Henry was unable to attend school because of her poor health. Nevertheless, she graduated from the Milwaukee State Teacher’s College (now Wisconsin State College of Milwaukee) and attended the University of Wisconsin-Milwaukee. 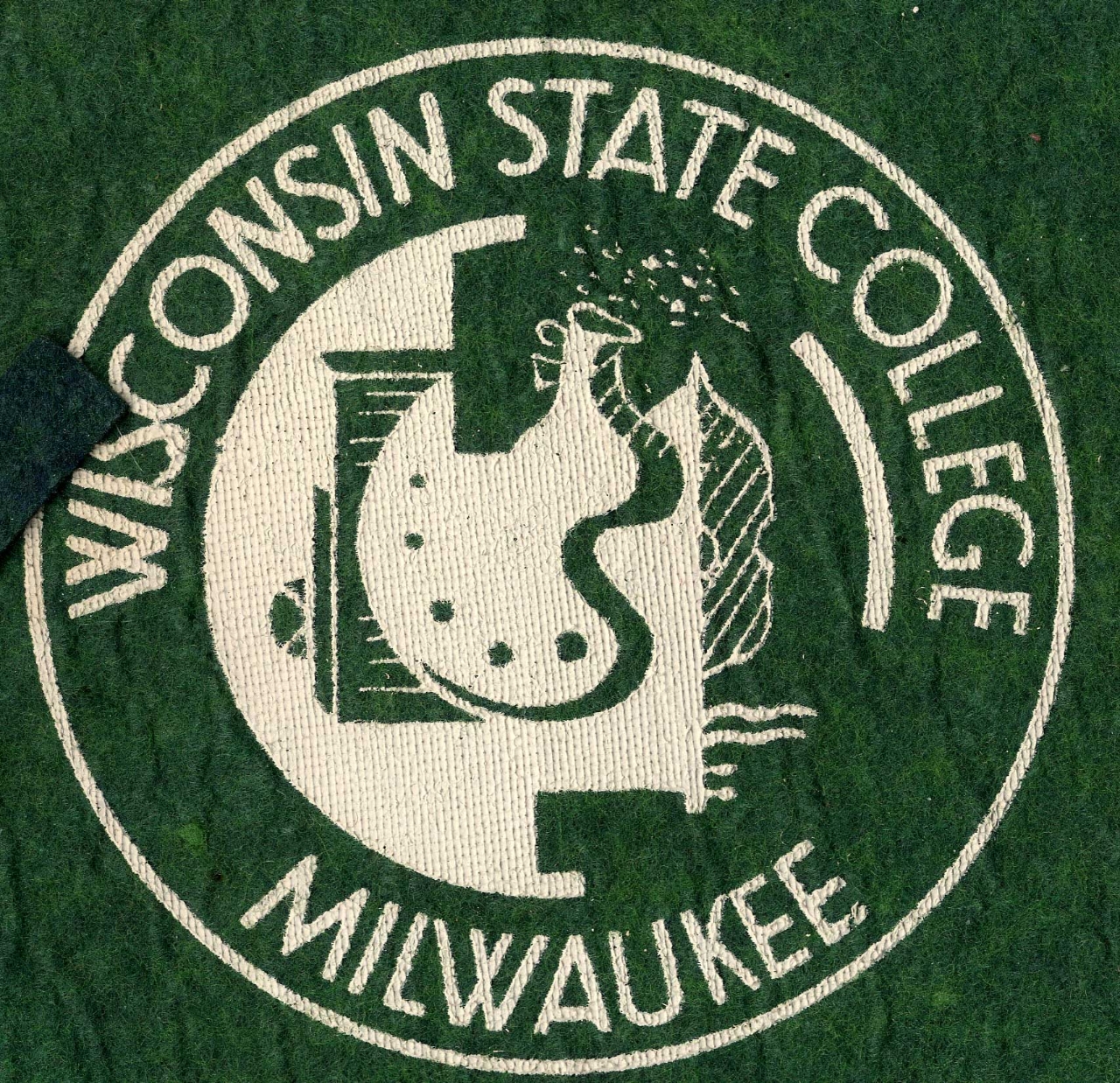 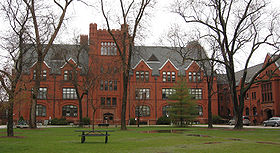 Throughout her career, Henry wrote nearly sixty books, mostly for children. Almost all of her books had a rugged, outdoors theme. Her first paid article was for Delinator magazine and her byline also appeared in The Saturday Evening Post, Reader’s Digest, and several trade and business publications. After living the outdoor life, she wrote her first children’s book, Auno and Tauno: A Story of Finland (1940). She also wrote Dilly Dally Sally (1940), Birds at Home (1942), Geraldine Belinda (1942), Their First Igloo on Baffin Island (1943), A Boy and a Dog (1944) The Little Fellow (1945), Robert Fulton: Boy Craftsman (1945), and Justin Morgan Had a Horse (published in 1945) before publishing Misty of Chincoteague in 1947.

Inspired by a real-life pony named Misty, Misty of Chincoteague told the tale of an orphaned brother and sister, Paul and Maureen Beebe, who befriended a wild pony. Henry travelled to Chincoteague Island in Virginia to write the book, which made Pony Penning Day—where wild horses swim from Assateague to Chincoteague Island—a tourist attraction. Follow-up books include Sea Star: Orphan of Chincoteague (1949), Misty, the Wonder Pony by Misty, Herself (1956), Stormy, Misty's Foal (1963) and Misty’s Twilight (1992). The real Misty died in 1972. 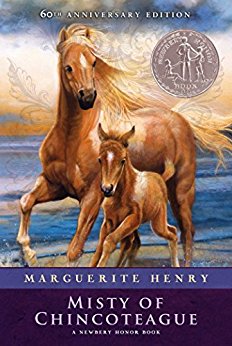 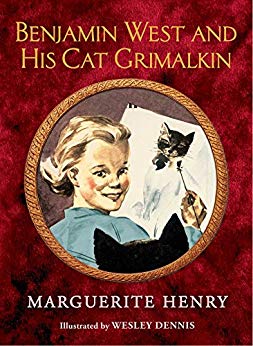 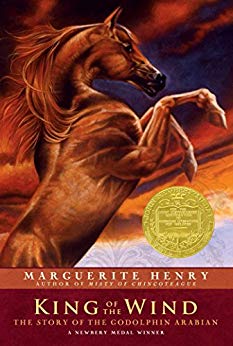 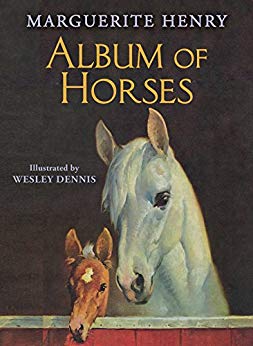 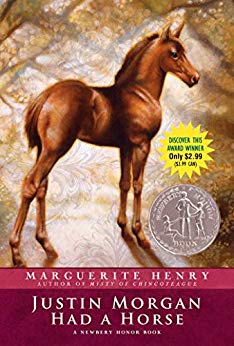 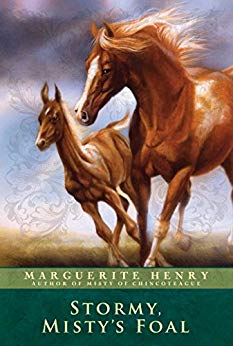 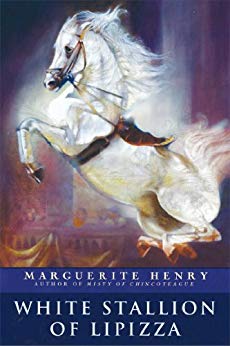 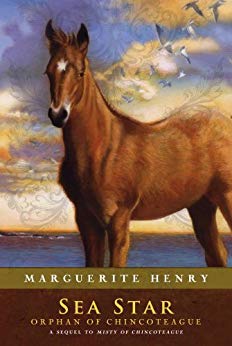 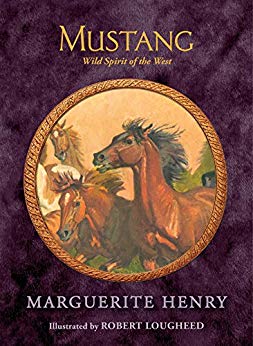 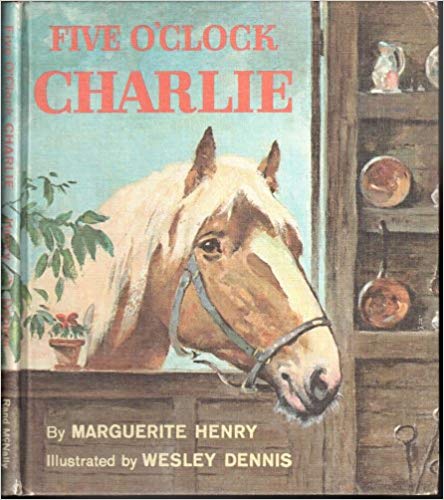