Other photo of Martin Bulmer

Other photo of Martin Bulmer

The Chicago School of Sociology

From 1915 to 1935 the inventive community of social scientists at the University of Chicago pioneered empirical research and a variety of qualitative and quantitative methods, shaping the future of twentieth-century American sociology and related fields as well. Martin Bulmer's history of the Chicago school of sociology describes the university's role in creating research-based and publication-oriented graduate schools of social science. "This is an important piece of work on the history of sociology, but it is more than merely historical: Martin Bulmer's undertaking is also to explain why historical events occurred as they did, using potentially general theoretical ideas. He has studied what he sees as the period, from 1915 to 1935, when the 'Chicago School' most flourished, and defines the nature of its achievements and what made them possible . . . It is likely to become the indispensible historical source for its topic."—Jennifer Platt, Sociology 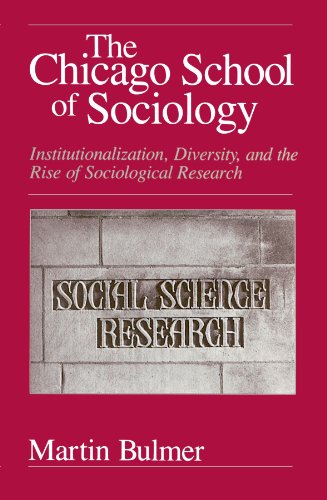