Developments in the Rorschach Technique Volume One (1) Technique and Theory

Developments in the Rorschach Technique: Volume I: Technique and Theory

Developments in the Rorschach Technique, Volume 1: Technique and Theory

( Ethological attachment theory is a landmark of 20th cen...)

Ethological attachment theory is a landmark of 20th century social and behavioral sciences theory and research. This new paradigm for understanding primary relationships across the lifespan evolved from John Bowlby’s critique of psychoanalytic drive theory and his own clinical observations, supplemented by his knowledge of fields as diverse as primate ethology, control systems theory, and cognitive psychology. By the time he had written the first volume of his classic Attachment and Loss trilogy, Mary D. Salter Ainsworth’s naturalistic observations in Uganda and Baltimore, and her theoretical and descriptive insights about maternal care and the secure base phenomenon had become integral to attachment theory. Patterns of Attachment reports the methods and key results of Ainsworth’s landmark Baltimore Longitudinal Study. Following upon her naturalistic home observations in Uganda, the Baltimore project yielded a wealth of enduring, benchmark results on the nature of the child’s tie to its primary caregiver and the importance of early experience. It also addressed a wide range of conceptual and methodological issues common to many developmental and longitudinal projects, especially issues of age appropriate assessment, quantifying behavior, and comprehending individual differences. In addition, Ainsworth and her students broke new ground, clarifying and defining new concepts, demonstrating the value of the ethological methods and insights about behavior. Today, as we enter the fourth generation of attachment study, we have a rich and growing catalogue of behavioral and narrative approaches to measuring attachment from infancy to adulthood. Each of them has roots in the Strange Situation and the secure base concept presented in Patterns of Attachment. It inclusion in the Psychology Press Classic Editions series reflects Patterns of Attachment’s continuing significance and insures its availability to new generations of students, researchers, and clinicians. 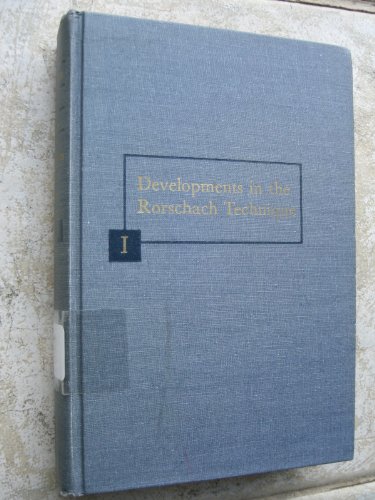 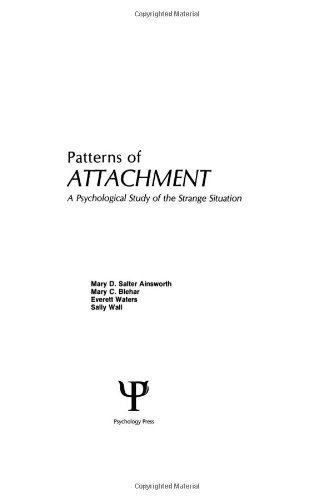 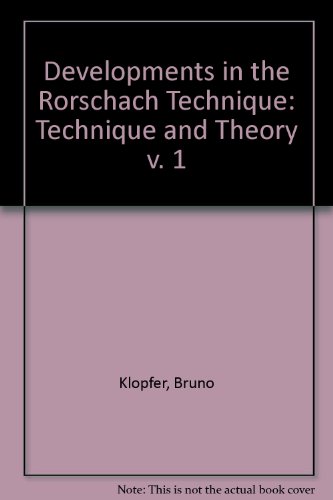 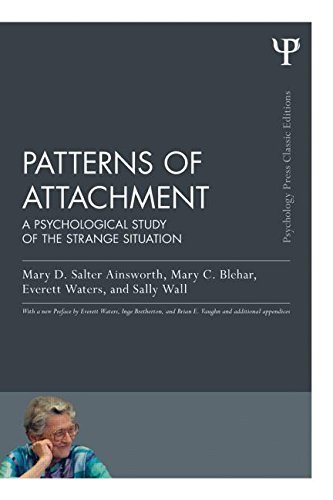 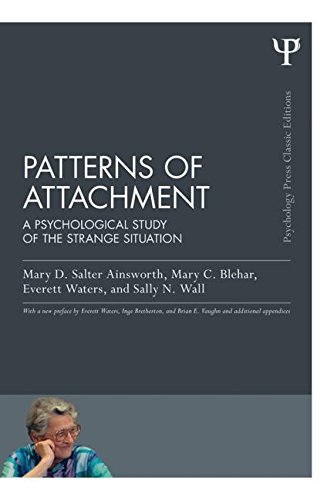