The Shape of Things to Come: A Novel

A deeply affecting, darkly funny debut novel that brilliantly captures solitude, sex, and the contemporary single woman Isabelle, a woman in her thirties without any of the trappings of a "grown-up" life, has just been fired from her job at a San Francisco phone company. Returning to the midwestern suburb of her childhood, Standardsville, Illinois, she contends with her dating single mother, a neighbor who once appeared on The Honeymooners, and an ex-boyfriend. She also becomes a "mystery shopper" for a temp agency, posing as a variety of potential tenants for newly built suburban communities to access their exclusive services. Enchanted by the possiblities of disguise, Isabelle spins a web of lies that keeps the world at a distance until she unearths long-kept secrets that force her to rethink everything she thought she knew. Insightful and entertaining, this gracefully written novel explores a generation defined by reinvention in a landscape gradually being devoured by developers. Depicting the comedy of being a grown-up still coming of age, Maud Casey beautifully and evocatively reveals how people narrate their lives to counter the chaotic randomness of modern existence.

In this sparkling, daring new work, Maud Casey explores how we survive modem crises of loss and love through the lives of women and men who are emotional and geographic nomads. Each flirts with madness and self-destruction while compulsively, gently, or haphazardly reaching toward life. These simple gestures of optimism and vitality, each gorgeously rendered, make Drastic a captivating read. Meet the reckless college graduate working in a whole body donation clinic; a young woman obsessed with Benedictine monks; a middle-aged woman who becomes a stand-in talk-show guest to process her own grief; unlikely friends who meet in a domestic violence shelter; a young girl and the father who stole her away to escape his wife's disturbing mental illness. Absorbing and wide-ranging, Drastic is an unforgettable collection sure to be compared with the best of Ann Beattie, Lorrie Moore, and Mary Gaitskill.

Casey, Maud I. was born on December 9, 1968 in Iowa City. Daughter of John D. Casey and Jane Barnes. 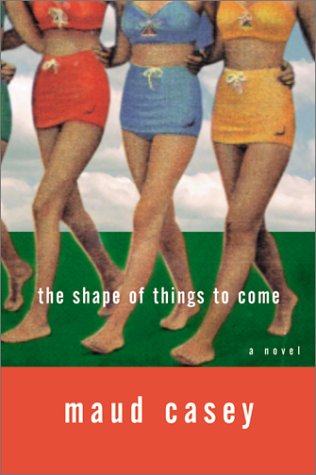 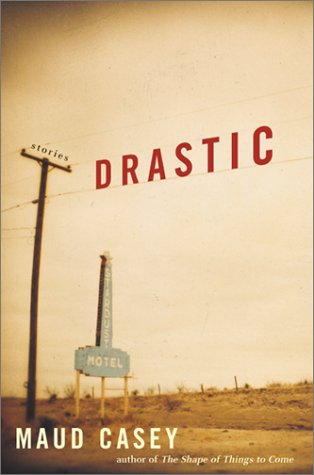