(My purpose in coming up with this book is not only to pro...)

My purpose in coming up with this book is not only to provide the readers an analysis of events ranging from the serious to the mundane, significant to the trivial, national to the parochial, but also to suggest to them thoughts and ideas which can hopefully make them critically examine these varied events and similar ones that may happen in the future. It is important for me to engage the readers in this thought process. They need not agree with but making them pause to disagree is good enough. This reaction can trigger the urge to participate in the debate.-The Author

He was graduated in Bachelor of Science Biology in Ateneo de Manila University in 1978, and four years later he obtain Bachelor of Laws with Honors the same school which Ray Espinosa (now as the director of Most Valuable Player group) the 1982 bar topnother as his classmate. He obtains Master of Law in Banking in Boston University in 1986.

Maria, Junior. known as Mel Sta, Maria is a Filipino lawyer, broadcaster, professor in Ateneo Law School and dean of Far Eastern University Institute of Law since November 2013 replacing Andres Doctorate. Bautista. He is also a legal expert for Relasyon along with News5 head Luchi Cruz-Valdes on DWFM and AksyonTV, as well in Solved na Solved with Gelli de Belen and Arnell Ignacio on TV5. Also on that year, he started to teach at Ateneo Law School, he was the professor in Persons and Family Relations Law, Obligations and Contracts, and Civil Law Review and a reviewer for Civil law.

Aside from that he also a lecturer for Philippine Judicial Academy.

In 2013, he was chosen to be the Dean of Far Eastern University Institute of Law replacing Andres Doctorate. Bautista. He join News5 in 2010 as a legal adviser, he also joins Relasyon along with News5 head Luchi Cruz-Valdes on DWFM and AksyonTV, in 2015 he joins the new legal advice show Solved na Solved with Gelli de Belen (she also spoofed Cruz-Valdes on Tropa Mo Ko Unli on Walang Relasyon parody) and Arnell Ignacio on TV5.

In August 2014, Station Maria interviews President Benigno Aquino III in Malacañan Palace, about his possible reelection in 2016 despite from constitutional ban on reeelection.

He want to amend the constitution to grant some reform. His interview with Aquino was praised by netizens. 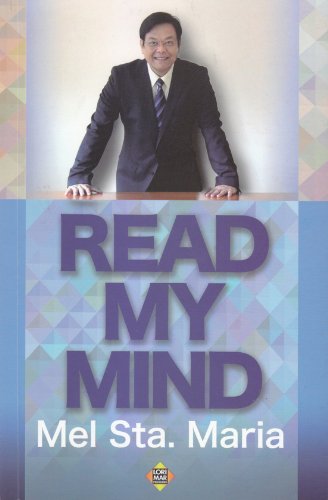