(Details and references to all papers, books, conferences,...)

Details and references to all papers, books, conferences, etc. are given in the link https://www2.irb.hr/users/mpavicic/

Pavicic, Mladen was born on July 4, 1948 in Zagreb, Croatia. Son of Dragutin and Mira (Zec) Pavicic. 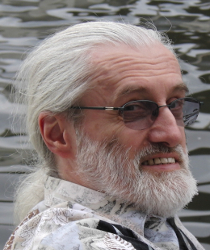 Religious belief should be private and their explanation or dissemination should bring no profit to either individuals or institutions.

All important decisions should be civilised, should be in the interest of human development, and should be thoroughly discussed and modelled by competent scientists and professionals (not politicians) before putting into praxis. Individuals who forcefully implement decision that would clash with these principles should be held responsible for endangering life and future of species by law.