Myrna Báez is a Puerto Rican painter and printmaker. She is considered one of the most important painters and engravers in Puerto Rico. She has been instrumental in promoting art and art education in her country. Her work has been shown and collected by the Metropolitan Museum of Art, the Smithsonian American Art Museum and the Museum of Modern Art in New York. Her work has been characterized as confident and complex.

Myrna Báez was born on August 18, 1931, in Santurce, Puerto Rico, to an upper-middle-class family. She is one of five children of Enrique Báez, a civil engineer, and América González, a teacher. Biographers and critics have noted the influence of her mother, a strong, self-confident, and independent woman, on the development of her character and personality.

An intelligent and gifted child, Báez attended several public and private schools in the Santurce and Hato Rey, graduating from the Colegio Puertorriqueño de Niñas in 1947. Báez attended the University of Puerto Rico in Río Piedras, where she majored in the sciences. During her years at the university, she had the chance to participate in the intellectual ferment that permeated the institution during the 1940s and 1950s. She was exposed to many of the cultural and artistic opportunities available there and discovered the social and political realities affecting Puerto Rico and its people. She came to believe that Puerto Rico should become an independent nation. She graduated in 1951.

After graduating from the university in 1951, she traveled to Madrid, Spain, where she intended to study medicine and become a doctor. That was not to be the case. She became disenchanted with her medical studies and instead studied art at the Royal Academy of San Fernando, one of the elite art institutions of Europe. The academy not only gave her a high-quality traditional arts education but also exposed her to many prominent artists of the time. She graduated from the academy with a degree in painting in 1957 and decided to go back to Puerto Rico.

Baez returned to Puerto Rico at a time when there was an artistic boom on the island. Puerto Rican artists such as Rafael Tufino, Antonio Martorell, José Antonio Torres Martino, Isabel Bernal, and Lorenzo Homar were pioneering the artis-tic movement that later became known as the "Generation of the 50s." Baez, who initially worked in odd jobs and taught drawing and painting at her home, joined the newly established Graphic Arts Workshop at the Institute of Puerto Rican Culture. She worked under the tutelage of Lorenzo Homar between 1957 and 1962 and mastered the media of art engraving. 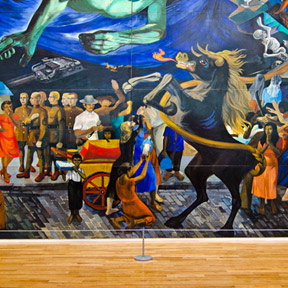 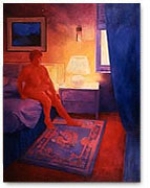 Báez has summarized her relationship with her art as follows: "When I paint, I show what I am, what I think, what I know, and what I don't. For me, painting is neither catharsis nor exorcism, but the result of a mental process of my sensibility and the exercise of acquire skills that collect a mental archive of visual and living experiences".

Báez has produced an extensive body of work that is highly representative of Puerto Rican visual arts during the second part of the twentieth century. Although she has produced many paintings and drawings in the traditional media of oils, acrylic, and paper, her most important works have been her engravings in the media of xylography, serigraphy, intaglio, and etching, which she pioneered on the island. Her artistic style is unique and filled with an intensity and passion seldom found in other artists of her generation. Despite her understated style, her works are used to make subtle but powerful personal and social commentaries in which gender struggles often occupy a central role. Her many paintings and graphic engravings denote the influence of impressionism, surrealism, and naturalistic painting. Báez has been a central figure in the support of Puerto Rican arts and graphic artists. She has taught many Puerto Rican artists through her work as an art professor and educator.