Metabolism and Function: A Collection of Papers Dedicated to Otto Meyerhof

The German biochemist, physician and author Otto Fritz Meyerhof was best known for his discovery of the fixed relationship between oxygen consumption and the metabolism of lactic acid in muscle and for establishing the cyclic character of energy transformations in the living cell.

Otto Fritz Meyerhof was born on April 12, 1884, to Jewish parents, Felix Meyerhof and Bettina May, in Hanover, Kingdom of Prussia, German Empire (now Hanover, Germany). His father was a merchant by occupation. The family moved to Berlin after the birth of young Meyerhof.

Meyerhof attended secondary school at the Wilhelms Gymnasium. As a sixteen-year-old, he developed kidney trouble, necessitating a long period of bed rest. It was during this time that Meyerhof began reading extensively, especially the works of Goethe, which were to influence him deeply in his later life. A trip to Egypt in 1900 also provided him with a lasting love of archaeology. Once his health had improved, Meyerhof began studying medicine, receiving his medical degree from the University of Heidelberg in 1909. As a doctoral dissertation, Meyerhof wrote on the psychological theory of mental disturbances. His interests in psychology and psychiatry were ongoing, though he soon changed the direction of his professional passions.

He was an honorary graduate of the University of Edinburgh. 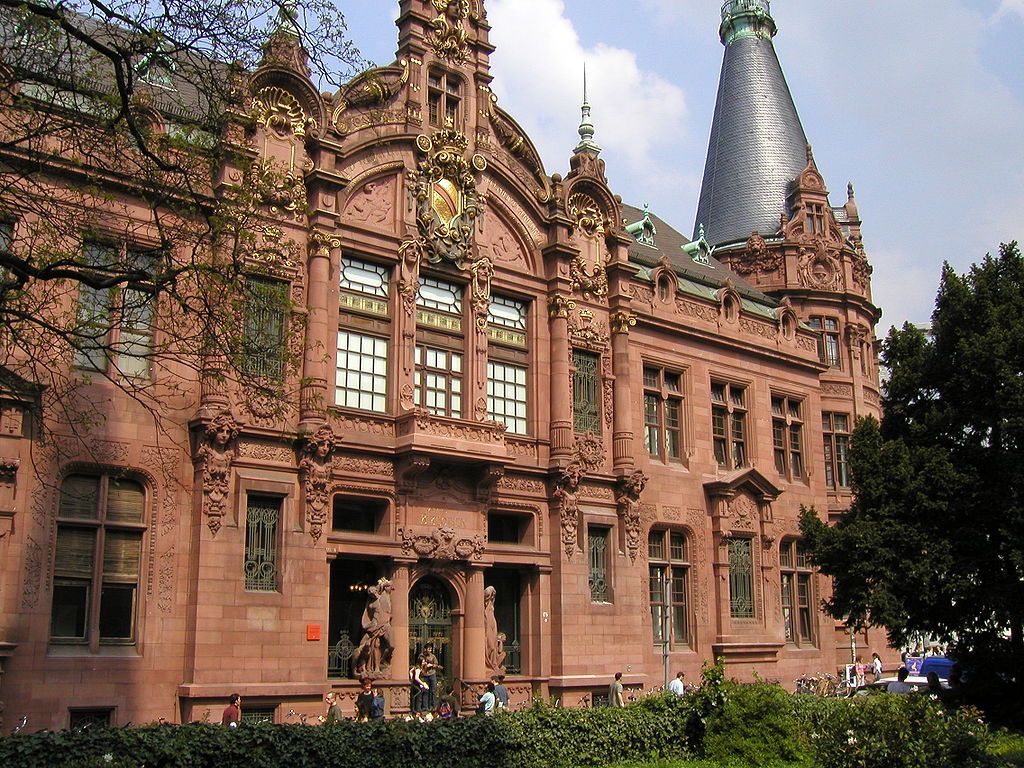 From 1909 to 1912 Meyerhof was an assistant in internal medicine at the Heidelberg Clinic, and it was there he came under the influence of physiologist Otto Warburg who was researching the causes of cancer. Meyerhof soon joined this young man in a study of cell respiration, for Warburg was examining the changes that occur when a normal living cell becomes cancerous. It was this early work that set Meyerhof on a course of biochemical research. He also spent some time at the Stazione Zoologica in Naples.

By 1913 Meyerhof had joined the physiology department at the University of Kiel where, as a young lecturer, he first introduced his theory of applying the principles of thermodynamics to the analysis of cell processes. It was one thing to lecture about such an application; quite another to apply such principles to his own research.

Meyerhof decided to focus on the chemical changes occurring during voluntary muscle contraction, applying thermodynamics to the study of cellular function. The chemical and mechanical changes occurring during muscle contraction were on a large enough scale that he could measure them with the primitive instruments he had at Kiel, and there had been some earlier research on which to build. Specifically, physiologist Archibald Vivian Hill in England had observed the heat production of muscles, and others, including physiologist Claude Bernard of France and English biochemist Frederick Gowland Hopkins, had shown both that glycogen, a carbohydrate made up of chains of glucose molecules, is stored in liver and muscle cells, and that working muscles accumulated lactic acid. But Meyerhof’s research had to be put on hold during the First World War.

In 1917 Meyerhof was able to show that the carbohydrate enzyme systems in animal cells and yeast are similar, thus bolstering his philosophical conviction in the biochemical unity of all life. During the war, Meyerhof served briefly as a German medical officer on the French front, after the war resuming his research into the physicochemical mechanics of cell function and being appointed assistant professor at the University of Kiel.

It was while examining the contraction of frog muscle in 1919 that Meyerhof proved in a series of careful experiments that there was a quantitative relationship between depletion of glycogen in the muscle cell and the amount of lactic acid that was produced. He also demonstrated that this process could occur without oxygen, in what is termed anaerobic glycolysis. Meyerhof went on to demonstrate further that when the muscle relaxed after work, then molecular oxygen would be consumed, oxidizing part of the lactic acid—actually only about one-fifth of it. He concluded that the energy created by this oxidative process was used to convert the remaining lactic acid back to glycogen, and thus the cycle could begin again in the muscle cell.

Such an understanding, though not completely explaining all the steps in such a metabolic pathway, did pave the way for other research into the glucose cycle and energy production in the body. Just prior to the announcement that Meyerhof became the winner of the 1922 Nobel Prize, he had been passed over for the position of chair of the physiology department at the University of Kiel, largely because of anti-Semitism. The Nobel Prize secured for him laboratory space at the Kaiser Wilhelm Institute for Biology in Berlin (now Max Planck Institute for Biology), where he was appointed a professor in 1924. During his stay there, from 1924 to 1929, he trained many notable biochemists, Hans Adolf Krebs, Fritz Lipmann and Severo Ochoa among them. He brought his colleague Karl Lohmann into the group, and Meyerhof and his team continued with further research at Berlin-Dahlem where the institute was located.

In 1925 Meyerhof managed to extract the glycolytic enzymes of muscle, thereby making it possible to isolate these enzymes and study the individual steps involved in the complex pathway in the muscle cell from glycogen to lactic acid. It took another two decades to fully delineate the pathway, and many other brilliant scientists worked on it, but it is today called the Embden-Meyerhof pathway in recognition of Meyerhof’s groundbreaking work.

In 1926 researchers in the United States and in England discovered a new phosphorylated compound in muscle, phosphocreatine. Searching for another possible source of chemical energy in addition to lactic acid, Meyerhof tested this compound and found that its breakdown did produce heat. But more importantly, in 1929, Meyerhof’s assistant, Lohmann, discovered adenosine triphosphate (ATP). Meyerhof and Lohmann went on to show that ATP is the most important molecule that powers the biochemical reactions of the cell, and to demonstrate its role in muscle contraction as well as in other energy-requiring processes of biological systems. That same year Meyerhof was appointed director of the new Kaiser Wilhelm Institute for Medical Research in Heidelberg (now Max Planck Institute for Medical Research), and for the first time had expansive and modern work space at his disposal.

Meyerhof remained at Heidelberg until 1938, continuing his work with ATP and providing striking evidence of the unity of biochemical processes amid the amazing diversity of life forms. But such philosophical proofs would not help him in the new Germany. Starting with Hitler’s rise to power in 1933, Jewish scientists like Meyerhof had been steadily emigrating. Finally in 1938 he realized that he could no longer stay. Together with his wife and youngest child, Meyerhof, on the pretext of taking a few weeks vacation, escaped to Paris where he continued his research at the Institute of Physicochemical Biology.

In 1940, when the Germans invaded France, Meyerhof and his family were forced to flee once again, this time to Spain and eventually, via an arduous trip over the Pyrenees, to neutral Portugal where they caught a ship to the United States. There he joined his friend Hill—with whom he had shared the 1922 Nobel Prize—at the University of Pennsylvania where the Rockefeller Foundation had created a professorship in physiological chemistry for him. He continued research into the bioenergetics of cell function, summering at Woods Hole Marine Laboratory on Cape Cod and meeting with other refugees from the European conflagration. He became an American citizen in 1946.

In addition to 400 papers in scientific journals, Meyerhof published Chemical Dynamics of Life Phenomena (1924) and Die Chemischen Vorgänge im Muskel (1930), a comprehensive discussion of the subject. 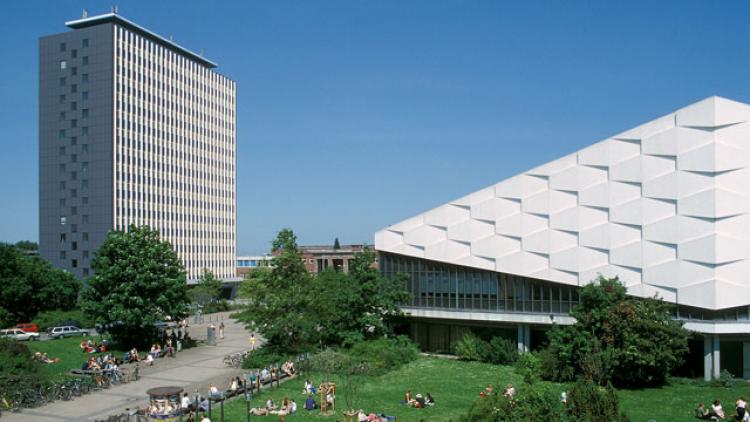 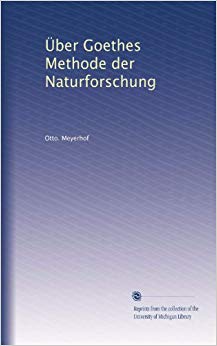 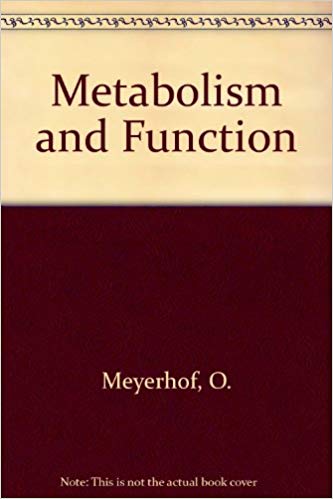 Meyerhof was a member of several learned societies in the United States, Germany, France and Italy.

During his time in Heidelberg, Meyerhof befriended Hedwig Schallenberg, a painter by profession. The two tied the knot in 1914. The couple had three children in the course of their marriage, a daughter, Bettina Meyerhof and two sons, Gottfried and Walter.