Language Development: Knowledge and Use

( This book offers a unique overview of the current liter...)

This book offers a unique overview of the current literature of language development. Beginning with an outline of the maturational changes that occur in linguistic knowledge in the period from birth to adulthood, it goes on to discuss the suggested causes for the changes and the controversies about the suggested causes.The theory of generative grammar advanced by Noam Chomsky was responsible for much of the excitement and interest that the study of language development has enjoyed over the past decade. Inevitably, however, some linguists have questioned whether Chomsky's hypothesis of an innate mechanism for language learning, distinct from other types of learning, is a valid model of the way children actually do acquire language competence. Present efforts are directed towards finding an explanation of development and processing of language in the cognitive and social functioning of the human being, but a clear understanding of the basis for language organization eludes proponents of both schools of thought.Language and Maturation summarizes some of the current findings on developmental language behavior in a concise, well-organized, and nonpartisan manner. It begins by describing the explanatory theories of language behavior in the adult and of language acquisition in the child that are current in the literature. The developmental course is then divided into the periods of infancy, early language development, and language development in middle and late childhood. Finally, the question of "adultlike" and "childlike" language behavior is discussed. Introducing each chapter are those questions most germane to an examination of that period of development. Some of the partial answers conclude sections of the discussion.Suitable for upper-level undergraduate or graduate students, the book is addressed not only to linguistics students but also to those preparing themselves to be psychologists, educators, and therapists. "I hope," Paula Menyuk writes in her introduction, "that readers of this book, that is, those interested in language development and processing, will find the questions and answers presented so intriguing and challenging that they themselves will become engaged in in-depth studies of the questions of language and maturation."

(Designed to provide practical information to those who ar...) 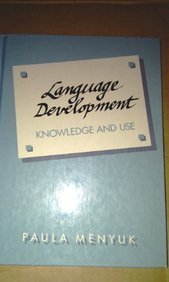 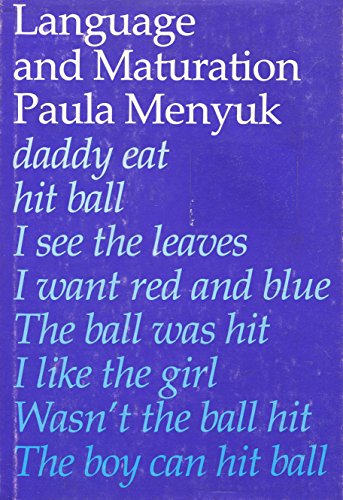 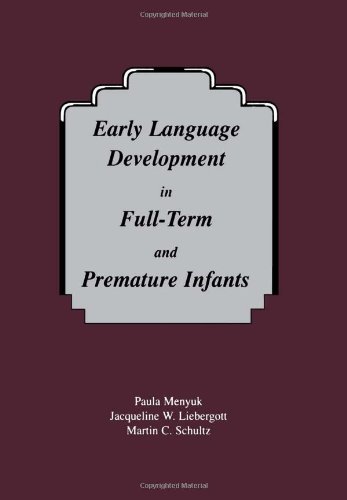