Pierre Litbarski of West Germany in 1980.

Pierre Litbarski of West Germany in 1980.

Pierre Michael Littbarski was born in West Berlin in 1960.

He joined local club Hertha 03 Berlin-Zehlendorf as a teenager before his precocious dribbling skills were spotted by FC Köln and he moved west in 1978. These were heady times at Köln under the management of the legendary Hennes Weisweiler, with Die Geißböcke – The Billy Goats – having recently won the league and cup double. The move was an ambitious one but the 18-year-old soon made his Bundesliga debut and, before long, ‘Litti’ was a firm favourite among the Müngersdorfer faithful.

The young Littbarski looked every inch the traditional winger – quick, tricky and slight – yet Weisweiler felt there was more to his game than simply hugging the touchline and whipping in crosses. The astute coach saw that playing up and down one vertical channel would limit his protégé’s creative potential and so he encouraged Littbarski to drift in from the wing and become more involved in the team’s attacks from all areas of the field. The Berliner, adept with both feet, flourished in his adapted role and soon his trademark dribbles were just as likely to be in and around the penalty box as out on the flank.

The tweak to his position and the player’s growing maturity saw goals added to his all-round game. Litti’s freer role would eventually see him net at a rate of a goal every two matches for Köln over a golden four-year period; a remarkable return for a player who was never an out-and-out striker.

At just 21, Littbarski was selected for West Germany. Just as with his club, he was thrust into a settled squad that had experienced recent success, with Die Mannschaft the reigning European champions and boasting a 100 percent record in World Cup qualifying. The stakes couldn’t have been much higher for his debut, away against local rivals Austria in front of 72,000 fans, the two nations tied at the top of the qualifying group.

The intensity of the occasion only inspired the debutant who fired in two goals to give his country a 3-1 win. His first goal – a perfectly executed volley from a high dropping ball – demonstrated Littbarski’s technical ability, while his second owed more to his tigerish qualities, pinching the ball off an Austrian defender and scrambling home after seeing his first shot smothered by the goalkeeper. His smile beamed across the Praterstadion and a national hero was born.

He came of age during the 1982 World Cup in Spain, peaking (as Germans are wont to do) in the knockout stages. Littbarski’s zenith was perhaps the second-round victory over the host nation. A poacher’s goal after a Luis Arconada mistake was followed by an impudent piece of skill to set up the second – a 180-degree swivel that made Santiago Urquiaga look like a skittish kitten chasing a bee, before side-footing to Fischer to tap in.

Soon after came the epic semi-final against France in which Littbarski eclipsed even the opposition’s legendary midfield, drilling in the opener before contributing to both other German goals in the frenetic 3-3 draw. He even netted a penalty in the victorious shoot-out.

For all his team’s pantomime villainy, Littbarski emerged from that tournament a likeable anomaly. But his runner-up medal marked what was to become an unwanted habit for the player. He was to finish second in two title races, two domestic cups and in a UEFA Cup final, albeit against a superb Real Madrid side in 1986. Another silver medal was to come with his country at Mexico 86 where he was a frustrated fringe player on their march to another World Cup final.

Thankfully for Littbarski, he managed to secure one trophy for his beloved Köln, scoring the only goal in the 1983 DFB-Pokal final against city rivals Fortuna. It was a moment marked by his customary celebration – body tilted back while punching the air with both hands, an infectious smile stretched across his face, bereft of any hint of cynicism or arrogance.

His happiness was never more evident than in two notable matches versus England. The first, in 1982, saw him light up a pedestrian match at Wembley when, having entered the fray as a 69th-minute substitute, he set up two late Rummenigge goals for a 2-1 win, his beaming grin as wide as the goalscorer’s.

And then there was Düsseldorf in 1987 when his international future was very much in the balance. Littbarski was only in the starting line-up due to withdrawals and had played a full 90 minutes for West Germany just once in two years. As usual, when the pressure was on he rose to the occasion, first with a terrific long-range strike that glided past a helpless Peter Shilton, and then with a goal direct from a corner. His unbridled delight was clear for all to see, his international future fully restored.

The world was to see him smile one more time at the highest level. Littbarski’s inclusion in Die Mannschaft’s starting line-up for the 1990 World Cup was by no means a formality with the likes of Thomas Häßler, Andreas Möller and Olaf Thon all competing for the creative berth in midfield.

Littbarski had to settle for a place on the bench in the first round, but after scoring as a substitute against Colombia – completed, of course, with the double fist-pump celebration – he was given his chance in the knockout stages. At 30, he was now in a slightly withdrawn role – more midfielder than roaming winger – but two bizarrely identical moments reminded fans of the old audacity.

First against the Dutch in a pulsating last-16 match and then in the final versus Argentina, he found himself in the inside-left channel, a line of defenders across the penalty area in front of him, with seemingly no danger. But with his trademark move – a drop of the shoulder and an exchange of the ball between right foot and left that even slow-motion struggles to capture – he beat a cluster of defenders before cutting in for right-footed shots that were well saved by the respective keepers in each game.

Just like that attack in the first minute of the 1982 final, those moments perfectly captured his constant yearning for adventure, never afraid to create something from nothing. After 73 caps, 18 goals and, significantly, 25 assists, lifting the World Cup that summer was a fitting end to a magnificent international career. 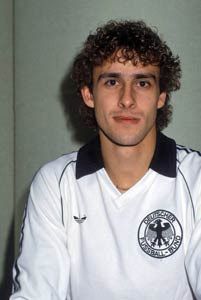 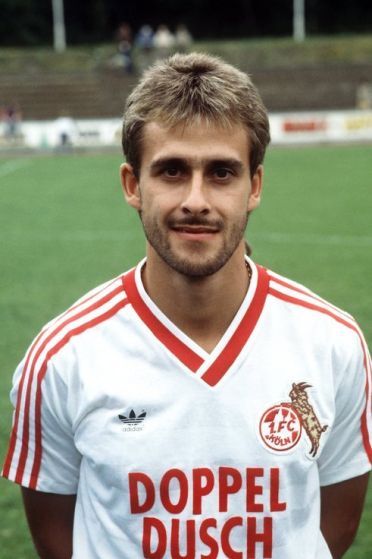 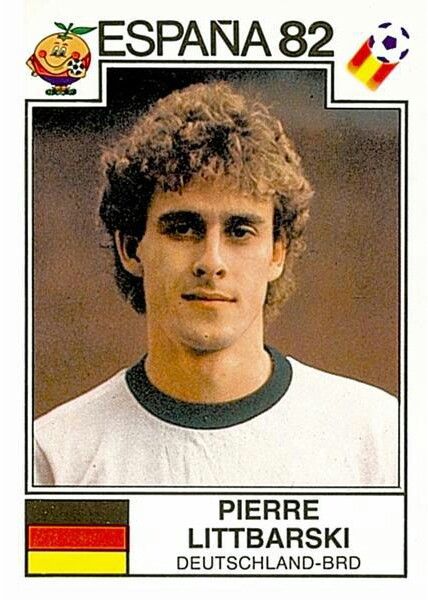 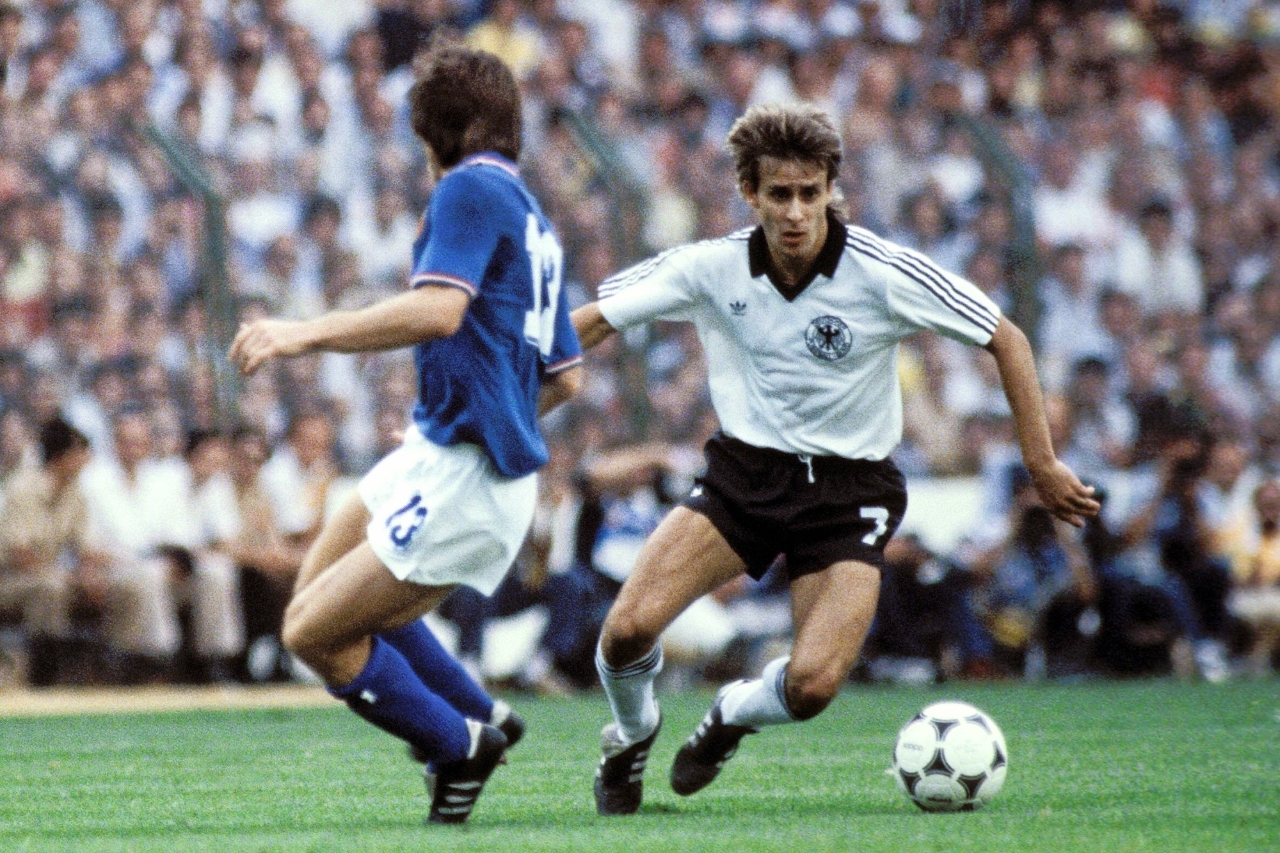 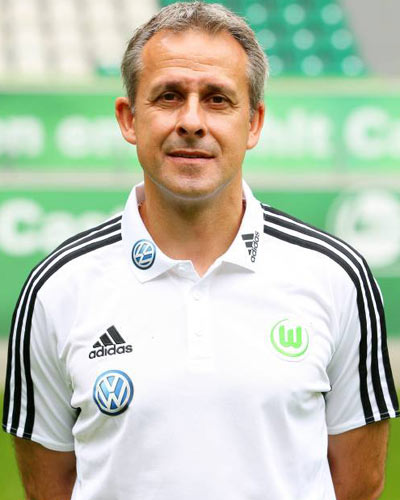 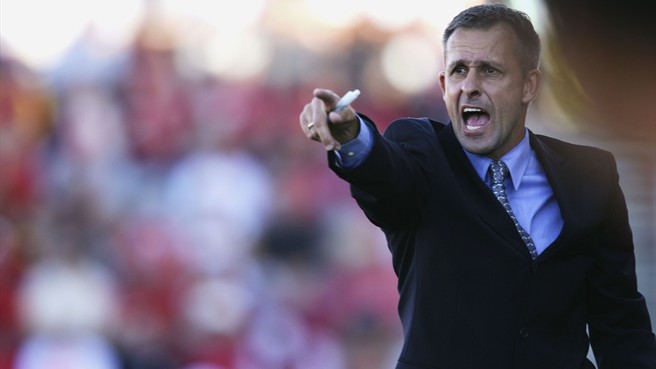 Unlike so many footballers – even some of the greats – he was a man who appeared to be genuinely thrilled to be playing the game, every goal a source of pure delight.

He was married Monika Littbarski until 1994. His second wife is Hitomi Koizumi.