Other photo of Puiu Nistoreanu

(The main aim of the paper is to deepen the specific probl...)

The main aim of the paper is to deepen the specific problems of rural tourism - which is in an effervescent expansion at the continental level - but only at its beginnings in Romania.

(The authors surprised many particular aspects of rural to...)

The authors surprised many particular aspects of rural tourism in the context of sustainable development; besides these are treated separately a series of useful information for the designing or guidance of tourist activity in the rural area, and there are also no proposals regarding the management and marketing strategies for their development, both from the state perspective (through its specialized bodies) as well as the private entrepreneur.

The book "European Rural Tourism" includes radiographs for 26 European Union countries, such as the Iberian Peninsula (Spain and Portugal), but also the Caucasus (Azerbaijan) as well as the Greek-speaking countries on the eastern Mediterranean (Greece and Cyprus).

New Trends and Opportunities for Central and Eastern European Tourism

(Within the past decade, there has been a re-emergence of ...)

Within the past decade, there has been a re-emergence of tourism in Europe, especially in the central and eastern regions. With socialism becoming a distant memory, these former communist countries are now attractive destinations for travel. Research on this current phenomenon is essential, as professionals and scientists must stay informed on the modern development of this global region. New Trends and Opportunities for Central and Eastern European Tourism provides emerging research exploring the theoretical and practical aspects of contemporary tourism in Eastern Europe and its effect on economics and sociology. Featuring coverage on a broad range of topics such as monument protection, economic features, and socialist architecture, this book is ideally designed for travel agents, tour developers, restaurateurs, hotel management, economic analysts, government officials, policymakers, tourism journalists, tourism practitioners, researchers, and professors seeking current research on the development of travel in Eastern and Central Europe.

Puiu Nistoreanu was born in 1954 in Moinesti, Bacau, Romania. He is the second son of Vasile Nistoreanu (1919-1986) - petroleum worker, a descendant from an old family of free peasants, the village of Stăneşti (grandfather Panaite Nistoreanu), the commune of Magireşti (Bacau county) and of Maria (born Colceru) Nistoreanu (1924-2012, housewife) - the daughter of a railway technician (Vasile Colceru) and a housewife (Anica Colceru) from Văsiesti (presently Moinesti district). His older brother, Gheorghe Nistoreanu (b.June 26, 1946 - d. August 13, 2009), was a lawyer - criminal law and forensic specialist, university professor, one of the reputable Romanian specialists in criminal law and criminology posthumous member of the Academy of Legal Sciences in Romania.

Between 1961 and 1969, Puiu Nistoreanu attends the general school at Moineşti, Bacau County. Then, between 1969-1973, he is a student in the real class, Moineşti Theoretical High School, Bacau County - where he also gets the baccalaureate. In parallel with the activities necessary for the assurance of existence, starting with 1982 follows the courses of the Academy of Economic Studies of Bucharest (ASE), the Faculty of Commerce, the specialization of the Economics of Public Food and Tourism Services (ESAPT). He graduated from the university studies in 1987 with the diploma thesis "Tourism planning of the Moineşti area - Bacau County" under the leadership of the lecturer doctor Rodica Zadig(formerly Bărănescu).

In 1994 he began his Ph.D. in the Academy of Economic Studies in Bucharest, under the guidance of Ph.D. professor Vasile Mercioiu. In April 1997 he became a doctor in economics, specializing in Economics of Trade and Services; the title of the doctoral thesis: "Launch of the Romanian tourist village on the world market" - one of the first doctoral theses from the Romanian scientific landscape, which addresses the topic of tourism in rural areas (rural tourism), probably the first economic approach of the rural tourism sphere, scientific Romanian.

From 1997 to 2001 Lecturer, Academy of Economic Studies of Bucharest, Faculty of Commerce, Department of Tourism Services. 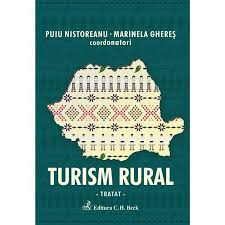 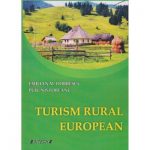 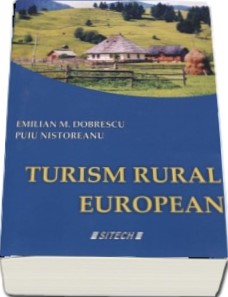 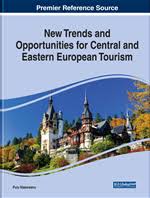 Puiu is married and has a son: Bogdan Gabriel Nistoreanu.