The Passmores in America: A Quaker Family Through Six Generations

(Based on extensive research in both original documents an...)

Based on extensive research in both original documents and secondary sources, this history begins with the origins of the family in late Medieval, Tudor, and Georgian England, then follows the lives of the American immigrant Passmores for the next five generations. Covers the Passmores who followed the frontier seeking homesteads as well as those who remained close to the original settlement in southeastern Pennsylvania and northern Maryland and Delaware. Of particular interest are the ways in which individuals related to their Quaker backgrounds, some standing within it, some rejecting or adapting it to the changing cultural context in America.

Consultant on development business and professional codes of ethics. 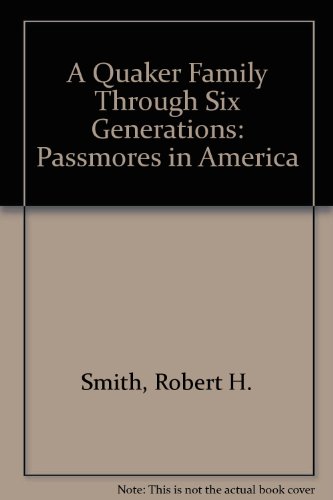