Other photo of Robert Mark Warner

Other photo of Robert Mark Warner

Diary of a Dream

(Based on unique and previously unpublished sources, this ...)

Based on unique and previously unpublished sources, this book examines in detail the complex, emotional, and difficult movement to remove the National Archives and Records Service from the control of the U.S. General Services Administration. This struggle began almost from the time the National Archives lost its independence in 1950 and culminated during the tenure of Robert Warner as sixth Archivist of the United States. The story is important to the history of the National Archives but also to those interested in the political process, especially as it applies to educational and cultural institutions. The lobbying, overt and covert, the interplay of professional organizations and archivists, librarians, and historians with the executive and legislative branches of the American government are examined in fascinating detail in this often very personal story. It is a study of high drama, bitter disappointments, and ultimate success.

Diary of a Dream: A History of the National Archives Independence Movement, 1980-1985 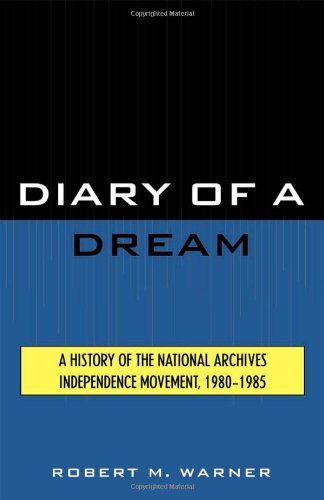 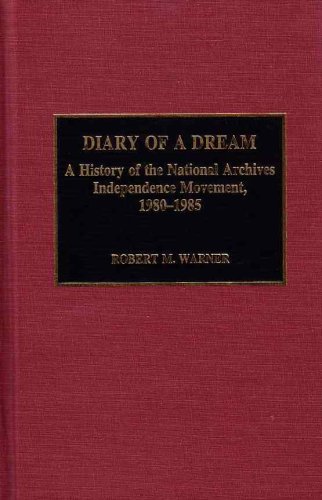