Painting based on a drawing by Champlain of his 1609 voyage. It depicts a battle between Iroquois and Algonquian tribes near Lake Champlain.

Representation of Champlain in a canoe with two Indians, descending the rapids.

Painting based on a drawing by Champlain of his 1609 voyage. It depicts a battle between Iroquois and Algonquian tribes near Lake Champlain.

Representation of Champlain in a canoe with two Indians, descending the rapids.

Narrative of a Voyage to the West Indies and Mexico in the years 1599-1602, by Samuel Champlain: With Maps and Illustrations

(Translated from the Original and Unpublished Manuscript, ...)

Translated from the Original and Unpublished Manuscript, with a Biographical Notice and Notes', by Alice Wilmer. Edited by Norton Shaw. Text written circa 1601 (now considered an invention). The supplementary material consists of the 1858 annual report. This is a new print-on-demand hardback edition of the volume first published in 1859.

Samuel de Champlain was a French explorer, acknowledged founder of the city of Quebec. He is also remembered as a consolidator of the French colonies in the New World.

Samuel de Champlain was born in 1574 (according to his baptismal certificate, which was discovered in 2012), in Brouage, a small port town in the province of Saintonge, on the western coast of France to the family of Antoine Champlain (also written "Anthoine Chappelain" in some records) and Marguerite Le Roy. Although Champlain wrote extensively about his voyages and later life, little is known of his childhood.

Samuel de Champlain probably would have had a modest education where he learned to read and write. But his real skill was navigation. He went to sea at a young age and learned to navigate, draw, and make nautical charts.

Samuel de Champlain's earliest travels were with his uncle. During this time period, the French were at war against the Spanish. In 1593, Champlain served in the army of Henry of Navarre - also known as King Henry IV of France. He served in the army for 5 years, until King Henry's and France's victory in 1598. When the war ended, Champlain joined his uncle, Captain Provençal, on a mission from the King to return any captured Spanish soldiers to Spain.

Champlain and Provençal, along with their crew and captured Spanish soldiers, left France aboard the St. Julien on September 9, 1598. They delivered the soldiers to Spain but did not return back to France. Instead, the Spanish government hired Provençal and Champlain for a trip to its colonies in the West Indies (the Caribbean region). They accepted, and between 1599 and 1601, Champlain made three voyages for Spain to her American colonies. During these years, he visited several places, including the Virgin Islands and other Caribbean islands, Puerto Rico, Mexico, and Panama. Along the way, he recorded much of his journey. In 1601, he wrote a detailed report to King Henry about his trip, which included maps, and drawings of plants and animals. He even mentioned the idea of a canal that should cut through Panama to connect the Atlantic and Pacific oceans. 300 years later, this would be seen in the creation of the Panama canal. The King was impressed with Champlain's descriptions. King Henry IV wanted the French to begin settling in the New World in hopes that wealth could be brought back to France. So he sent an expedition to locate a place in the New World to establish a French colony and fur trade settlement. Samuel de Champlain would be among the men who would take part in this venture.

Samuel de Champlain would take his second New World voyage under the expedition of François Gravé Du Pont. The fleet set sail from France on March 15, 1603. They crossed the Atlantic Ocean and arrived in North America. They continued past Newfoundland, entered the St. Lawrence River. They anchored in the harbor of Tadoussac near the mouth of the Saguenay River on May 26, 1603. While here, the French interacted with some of the natives, and Champlain recorded the customs and interactions of these people. The expedition soon continued up the St. Lawrence River and made it as far as present-day Montréal. The native guides that had helped the Frenchmen spoke of a great sea to the west. Champlain hoped this sea to be the Pacific Ocean and the Northwest Passage to Asia. However, due to the strong rapids, the French were unable to explore much further. It would later be known that the "sea" the natives referred to were the Great Lakes. Champlain continued to explore and interact with the different native tribes, which included the Algonquin, Montagnais, and Hurons. The expedition ended when they returned to France in September 1603.

In France, Champlain reported the details of his trip to the King. By 1604, Champlain was once more heading to the New World. This time the expedition was led by Pierre du Gua de Monts. De Monts had been granted monopoly - exclusive possession - of the fur trade. They would spend the next three years exploring and mapping parts of North America. The expedition set sail on three ships, including La Bonne Renommée and Don de Dieu which Champlain sailed on. The goal was to once again try to find a good place for a French settlement. They landed on the coast of Nova Scotia, sailed around to the Bay of Fundy. The expedition focused much its efforts on areas south of the St. Lawrence River. After a few months, they settled for winter at Saint Croix Island in the St. Croix River. After enduring a harsh winter, they began exploring the eastern coastline as far down as Cape Cod. In 1605, they established their first successful settlement - Port Royal (now known as Annapolis Royal) in Nova Scotia. In 1606, this site would become the capital of the area known as Acadia. Du Gua had to return to France in September 1605. His company was having financial hardship. Champlain and the expedition continued exploring these areas for the next few years. In July 1607, du Gua's fur trade monopoly ended. Port Royal was forced to end, and Champlain and the settlers returned to France.

In 1608, Champlain was chosen as du Gua's lieutenant on another expedition across the Atlantic. Champlain left France on April 13, 1608, and headed for the St. Lawrence River. Once again, the goal was to start a new French colony. Champlain found an area on the shores of the St. Lawrence River and began constructing a fort and other buildings. In July 1608, Samuel de Champlain and his men created the first successful French colony in New France. The site of the colony was at a place the native Indians called kebec which means "the narrowing of the waters." Champlain and the French spelled it Quebec. During the very harsh winter here, several of the men died of scurvy. In the summer of 1609, Champlain planned to head west further inland to explore and map the land. Before he could go, the Algonquins and Huron natives asked Champlain to help them attack the powerful Iroquois tribe. He joined them, and on July 29, they all defeated the Iroquois army. This expedition also enabled Champlain to explore the Richelieu River and to become the first European to map Lake Champlain. This battle would lead to several years of hostility between the French and Iroquois natives. With the death of King Henry, however, Champlain returned to France to discuss his political future.

Champlain returned to France and reported the success of creating the settlement of Quebec. It was decided that it would be the center of the French fur trade. Champlain returned to New France and Quebec many times over the next several years where he went on to explore and map much of the land. In 1610, he fought against the Iroquois once again. In spring 1611, he sailed up the St. Lawrence River and made it as far as present-day Montreal. When he returned to France, the King chose Champlain to be his lieutenant in New France. He was back in Quebec by March 1613. This time he went as far as the Ottawa River and explored areas connected to the Great Lakes. In 1615, he traveled up the Ottawa River to Lake Nipissing and the French River. He saw the Great Lakes for the first time when he arrived at Georgian Bay on the east side of Lake Huron. When he returned to France, Champlain's position as Lieutenant-General of New France was taken away. This discovery would be his last great voyage of exploration. He would spend the next years of his life trying to re-establish and maintain his authority in New France.

Samuel de Champlain returned to France in July 1616 where he learned his title of lieutenant had been taken away. He suggested to the French King that they begin growing the colony of Quebec. The King agreed, and Champlain returned to New France again in 1620. He spent the rest of his life focusing on governing and growing the territory rather than exploration. In 1628, Champlain became the deputy of the "Company One Hundred Associates" organized by Cardinal Richelieu to colonize New France. The company was given all the lands between Florida and the Arctic Circle, with a monopoly of trade with the exception of cod and whale fisheries. The Quebec colony had continued problems from the natives. In 1629 Champlain was forced to surrender Quebec to the English until 1632 when the colony was returned to France. In 1633, Champlain returned to Quebec where he continued to serve as governor. As he grew older, he became ill in late 1635. Champlain died in Quebec on Christmas Day - December 25, 1635. 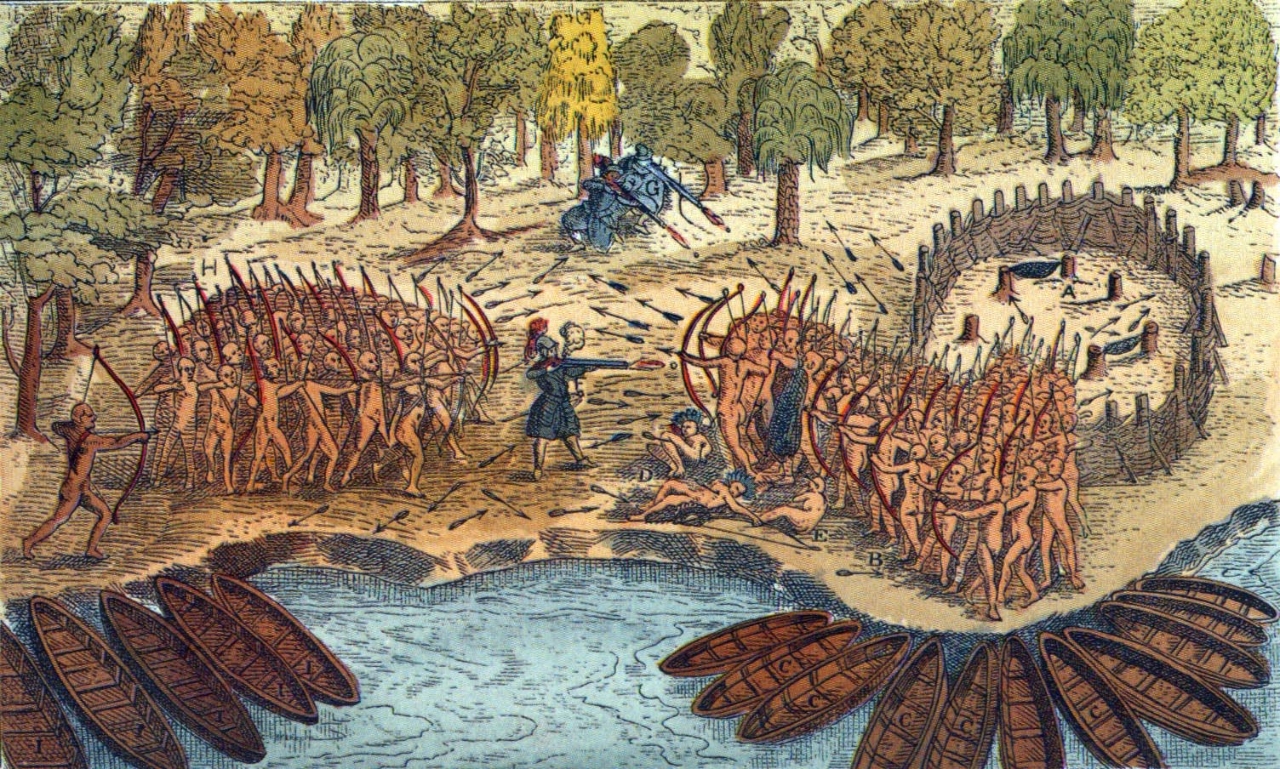 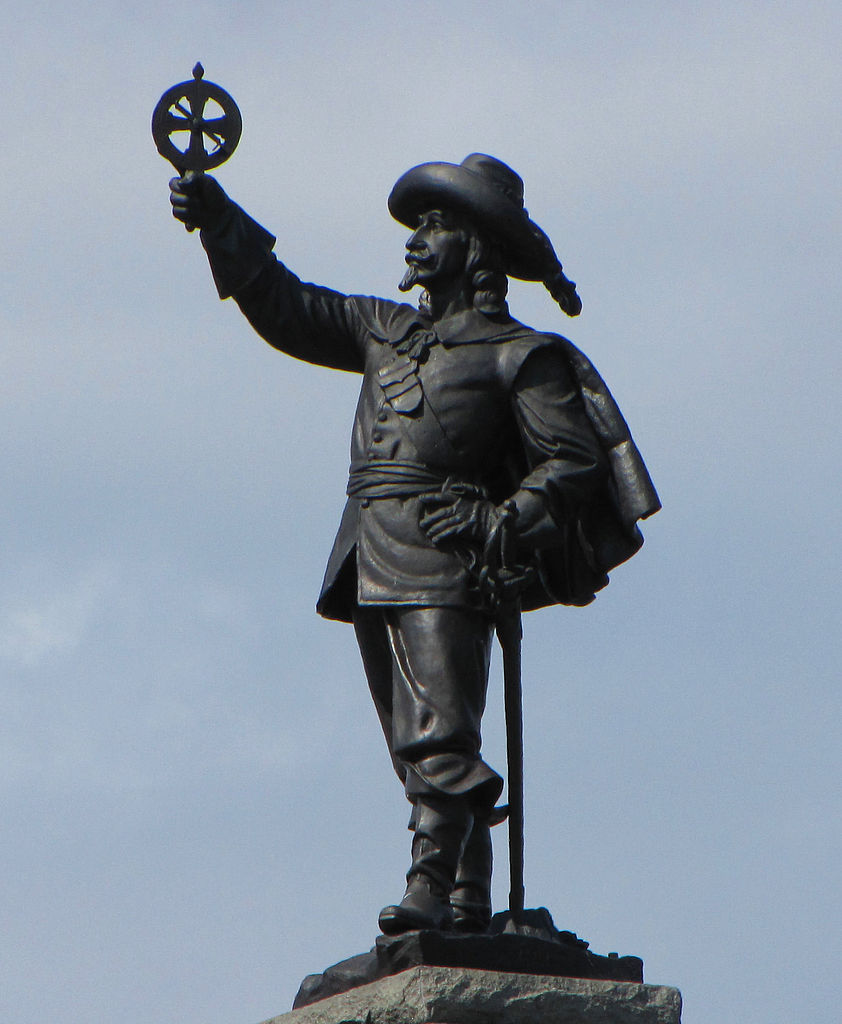 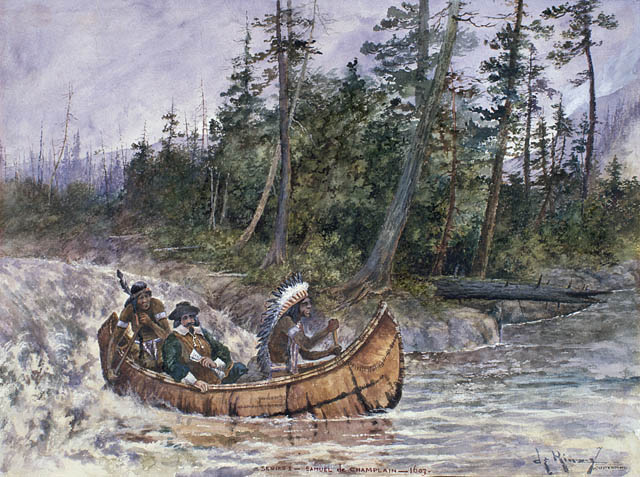 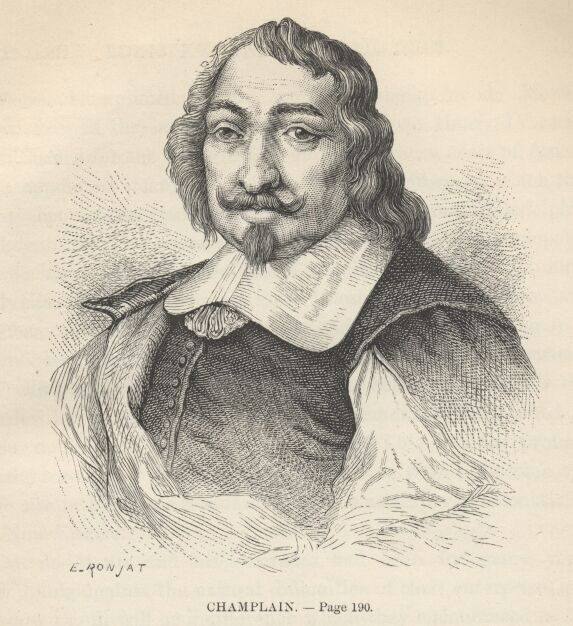 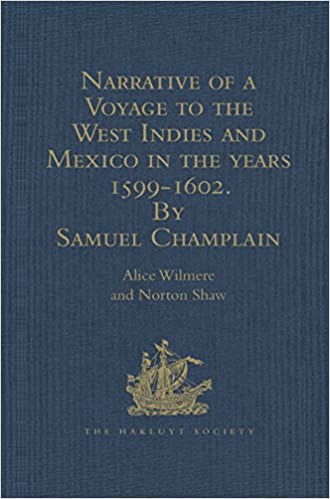 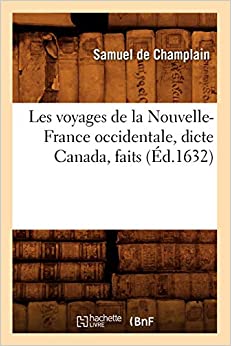 Samuel de Champlain was likely born a Protestant but converted to Catholicism as a young adult.

Samuel de Champlain was a supporter of the French monarchy and acted in the way to gain influence in the court.

Samuel de Champlain was a proponent of establishing a good relationship with the natives and managed to make alliances with the Wendat (derogatorily called Huron by the French) and with the Algonquin, the Montagnais and the Etchemin, These tribes lived in the area of the St. Lawrence River and sought Champlain's help in their conflicts against the Iroquois, who lived farther south. His appreciation of the natives of America was deep and sincere, and by his sympathy, for them, he had much influence over the savages. His vision and foresight for the colony's needs earned him the title of Father of New France.

Champlain's character appears in his writings: he was simple, sincere, and steadfast, without ostentation or pride; he preferred life in the open to that of courts, yet he was no mean courtier and was respected by king and nobles alike.

In 1610 Samuel de Champlain married Helene Boullé, the twelve-year-old daughter of one of the royal secretary. Because of the youth of the bride, it was stipulated that she should remain some time with her parents. She finally came to Quebec with her husband, and passed there four years, 1616-1620, after which she separated from Champlain, and ultimately entered a French convent. Champlain adopted three Montagnais girls named Faith, Hope, and Charity in the winter of 1627-1628.