Other photo of Saul Zaentz

The Lost Oasis: The True Story Behind The English Patient

Saul Zaentz was an American film producer and record company executive. He won the Academy Award for Best Picture three times and in 1996 was awarded the Irving G. Thalberg Memorial Award.

Zaentz was born on February 28, 1921, to immigrant Jewish parents in Passaic, New Jersey.

As a child, Zaentz attended William B.Cruz Memorial school number 11 in Passaic. After serving in the United States Army during World War II, Zaentz began realizing his passion for music by working for Jazz at the Philharmonic and record company head Norman Granz, a job that included managing concert tours for musicians such as Duke Ellington and Stan Getz.

In 1955 he joined Fantasy Records, for many years the largest independent jazz record label in the world. In 1967 Zaentz and other partners purchased the label from founders Max and Sol Weiss. The partners signed roots-rock group Creedence Clearwater Revival (CCR), fronted by former Fantasy warehouseman John Fogerty.

Fantasy Records owns the distribution and publishing rights to the music of CCR; to extricate himself from his original contract with Fantasy, John Fogerty signed away even more than the original contract had stipulated. Additionally, bad investments by Zaentz and Fantasy, seemingly on the group's behalf, cost CCR millions of dollars, some of which the group recouped through legal proceedings. In the 1980s, Zaentz sued Fogerty claiming plagiarism from Fogerty's own music asking for $140 million in damages but lost (Fantasy, Inc. v. Fogerty);

Fogerty counter-sued for reimbursement of attorneys' fees and in a decision by the U.S. Supreme Court, Fogerty v. Fantasy, 510 U.S. 517 (1994), he won. Fogerty composed songs about the experience on his 1985 album Centerfield ("Zanz Kant Danz", "Mr. Greed"), which were thinly veiled slams at Zaentz.

Defamation of character lawsuits followed for the lyric, "Zanz can't dance but he'll steal your money," and also claiming that the fundamental music in "The Old Man Down the Road" was a lift from the Fantasy-copyrighted-but-Fogerty-written song "Run Through the Jungle" from CCR's successful album Cosmo's Factory (1970). The defamation issue was settled, with Warner Bros. and Fogerty changing the title and lyric to "Vanz Kant Danz". Zaentz lost on the copyright issue when a jury found Fogerty not liable.

Fogerty in turn claimed the label misled him about investing and managing his earnings from royalties, resulting in a devastating financial loss. Years later, when Zaentz sold his interest in Fantasy, Fogerty almost immediately re-signed with the label.

Zaentz received the Best Picture Oscar for three films, two of them directed by Miloš Forman—One Flew Over the Cuckoo's Nest (1975) and Amadeus (1984)—as well as for The English Patient (1996), directed by Anthony Minghella.

In the early 1970s he saw the stage adaptation of One Flew Over the Cuckoo's Nest at a theatre in the Jackson Square area of San Francisco. Zaentz co-produced the film adaptation with actor Michael Douglas. The film won five Academy Awards including Best Picture, which Zaentz and Douglas shared. This award sweep had not been experienced in 41 years. In 1980, Zaentz created The Saul Zaentz Film Center in Berkeley, California, an editing and sound-mixing studio for his own films, independent filmmakers, and Hollywood productions.

In 1984 Zaentz and Forman collaborated again, on the adaptation of the Peter Shaffer's stage play Amadeus about composer Wolfgang Amadeus Mozart. It won eight Academy Awards, including Zaentz's second Best Picture, and spun off a best-selling soundtrack album (distributed by Fantasy Records).

Zaentz next produced The Mosquito Coast, directed by Peter Weir on location in Belize, Central America, starring Harrison Ford, from the book by Paul Theroux. In 1988, Zaentz produced The Unbearable Lightness of Being, based on the Milan Kundera novel. The adaptation was directed by San Francisco's Philip Kaufman from a screenplay by Jean-Claude Carrière.

Zaentz's following film, At Play in the Fields of the Lord, adapted by Jean-Claude Carrière from the book by Peter Matthiessen, shot by Hector Babenco on location in the Amazon rain forest, continued Mosquito Coast's theme of the clash of Western values with the primitive.

In 1992 Zaentz purchased the rights to the unpublished novel The English Patient and worked up a scenario with author Michael Ondaatje. In developing the project Zaentz resisted attempts by his backers to make the story more acceptable to a mainstream audience whereby they wanted him to cast Demi Moore a leading role. Zaentz instead chose Kristin Scott Thomas for the role. The book was adapted for the screen and directed by Anthony Minghella. English Patient swept the 69th Academy Awards, winning Best Director for Minghella and Best Picture for Zaentz. At the same ceremony, Zaentz also accepted The Irving G. Thalberg Memorial Award for lifetime achievement.

In 2003, Zaentz was made a Fellow of BAFTA, in recognition of his film career. In 2004–05. Zaentz and partners sold Fantasy Records to independent jazz label Concord Records, and closed the Saul Zaentz Film Center. In 2005–06 Zaentz embarked on a new film project, Goya's Ghosts, centered on events in the life of Spanish painter Francisco Goya, starring Natalie Portman, Javier Bardem, Stellan Skarsgård as Goya, and featuring Randy Quaid as the king of Spain. The film was made with long-time collaborators Miloš Forman (director) and Jean-Claude Carrière (screenplay). Shot on location in Spain and edited in New York, the film was released in late 2006.

Zaentz was peripherally involved in the controversy about who would make a live-action film version of The Hobbit, because of his ownership of the film rights to the novel. Peter Jackson, who directed the successful The Lord of the Rings film trilogy, was the first person scheduled to direct The Hobbit.

However, Jackson's production company Wingnut Films questioned New Line Cinema's accounting methods, bringing in an outside auditor as allowed by the contract, and eventually sued New Line. New Line executive Robert Shaye took great offense, declared that they would never work with Jackson again, and began looking for another director. Jackson said that he could not work on the film until the lawsuit was settled, and that he was apparently off the project indefinitely. MGM, which owns the distribution rights, was more hopeful that a deal could be worked out.

Shaye explained his company's position, saying that New Line's contract with Zaentz was going to expire soon, which forced them to find a new director. Of course, if the litigation were resolved, by a court or by a settlement, the original plan could proceed, but then New Line might need to reorganize to allow someone other than Shaye to deal with Jackson. The situation was made more complex by Zaentz's ongoing dispute with New Line Cinema over profits from the Lord of the Rings films. The dispute began shortly after the release of the films. In December 2007 Variety reported that Zaentz was also suing New Line Cinema, alleging that the studio has refused to make records available so that he can confirm his profit-participation statements are accurate.

In 2010, it became clear that Peter Jackson would direct the Hobbit films after all.

In 2011, Zaentz's company began several legal actions against small businesses in the UK to enforce their "Hobbit" trade mark, including the Hungry Hobbit cafe in Sarehole, near Birmingham and a pub in Southampton, England, which had traded as The Hobbit for twenty years. This raised the ire of many British correspondents such as Stephen Fry, who described it as "pointless, self-defeating bullying."

In contrast, the biscuit company Bahlsen relaunched its long established and unlicensed German brand of Hobbit biscuits for the UK market, as Chocolate Hobbits and Hobbits Natural, in a marketing tie-in with the film.

Zaentz died on January 3, 2014 in San Francisco, California at the age of 92 due to Alzheimer's disease complications. 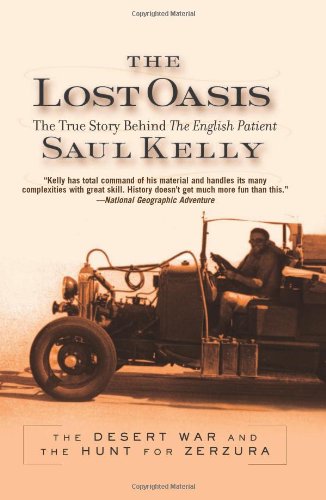 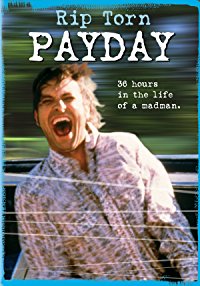 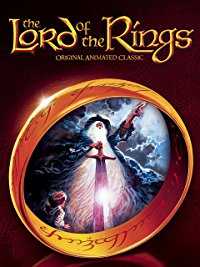 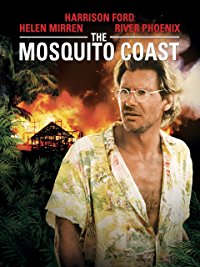 He was married twice, first to Lynda Redfield, who was the widow of actor William Redfield. His second wife, Celia Mingus, was the ex-wife of Charles Mingus.