The Canonization of Hebrew Scripture: The Talmudic and Midrashic Evidence (Transactions / the Connecticut Academy of Arts and Sciences) 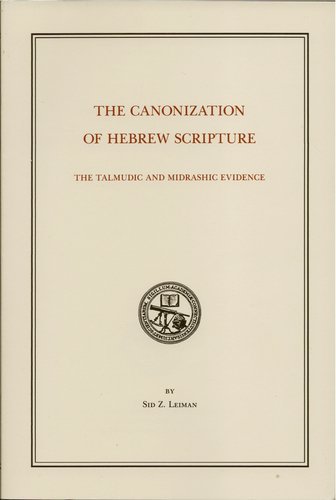