(This text provides an interdisciplinary account of the ba...)

This text provides an interdisciplinary account of the bacteria Leptospira and their relatives. It covers current knowledge of basic microbiology, genetics, classification and special features of manipulation of these unique bacteria. Faine discusses pathogenesis, immunity, epidemiology and prevention in humans and animals. Special methods for studying leptospirosis or leptospires are presented, and an historical section featuring previously unpublished material is included. Each of the integrated sections is complete, independent and fully referenced. 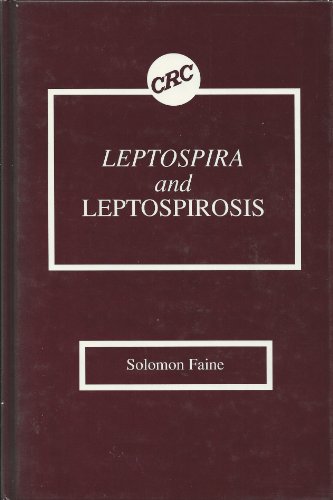