(Discusses all aspects of coating technology, including ho...)

Discusses all aspects of coating technology, including how coatings are prepared, their compositions, how they are applied, and the conditions that control their ultimate performance. Covers the newest coating applications, particularly those developed to enhance energy savings and conform to pollution regulations. Written in a form simple enough for scientists and technologists without a theoretical background in the subject, but features an extensive list of references for those wanting to do further research. 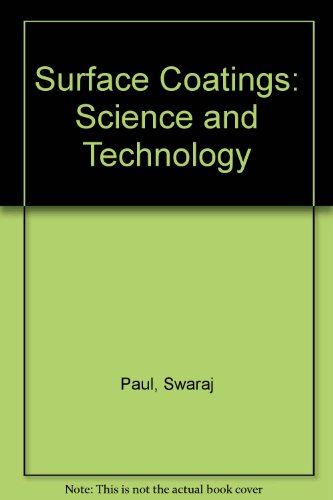