Other photo of Thomas Spencer Monson

Be Your Best Self

(One of the great purposes of our existence on earth is to...)

One of the great purposes of our existence on earth is to perfect ourselves, to learn to become more like God. The Savior's admonition "Be ye therefore perfect" was not limited in time or scope; it applies to his disciples in every age, including this last dispensation. Be Your Best Self can help in the constant struggle for perfection. Adapted from the powerful discourses of President Thomas S. Monson of the First Presidency of The Church of Jesus Christ of Latter-day Saints, this book is divided into three sections: Ask in Faith, Be Thou an Example, and Called to the Work. Pertinent advice and faith-promoting stories in each of these vital areas combine to create a valuable blueprint for self-improvement. "The road back to God is not nearly so steep nor is it so difficult as some would have us believe," says President Monson. "The gentle invitation of Jesus beckons: 'Come unto me.'" Be Your Best Self provides encouragement, guidance, and hope for all who would accept the Savior's invitation to become like him. 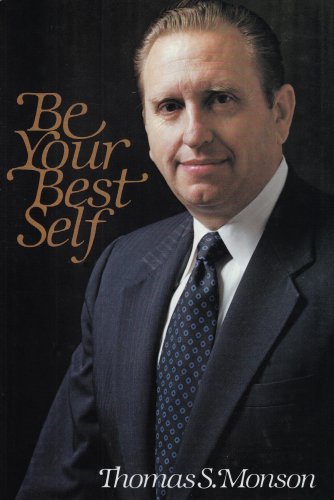 God has a body that looks like human being, but God’s body is immortal, perfected, and has a glory that words can’t describe. Because people are His children, He knows and loves each of them individually. He has a plan to help His children find joy in this life and return to live with Him when this life is over.