Joe Walsh and Timothy B. Schmit of the Eagles present on stage during the 2008 CMT Music Awards at the Curb Events Center at Belmont University on April 14, 2008 in Nashville, Tennessee.

Schmit (far right) with Eagles, during their 2008/09 Long Road Out of Eden Tour.

Chairman and Chief Executive Officer of Showtime Networks Inc. Matthew Blank and David Nevins, President of Entertainment of Showtime Networks Inc. (C) poses with (L-R) musicians Don Henley, Glenn Frey, Joe Walsh and Timothy B. Schmit of The Eagles at the "History of the Eagles" premiere and Q&A during the 2013 Sundance Film Festival at Eccles Theater on January 19, 2013 in Park City, Utah.

Joe Walsh and Timothy B. Schmit of the Eagles present on stage during the 2008 CMT Music Awards at the Curb Events Center at Belmont University on April 14, 2008 in Nashville, Tennessee.

Schmit (far right) with Eagles, during their 2008/09 Long Road Out of Eden Tour.

Chairman and Chief Executive Officer of Showtime Networks Inc. Matthew Blank and David Nevins, President of Entertainment of Showtime Networks Inc. (C) poses with (L-R) musicians Don Henley, Glenn Frey, Joe Walsh and Timothy B. Schmit of The Eagles at the "History of the Eagles" premiere and Q&A during the 2013 Sundance Film Festival at Eccles Theater on January 19, 2013 in Park City, Utah.

A Good Feelin' To Know

Tell Me The Truth

Schmit was born on October 30, 1947, in Oakland, California. He was raised in Sacramento, and began playing in the folk music group Tim, Tom & Ron at the age of 15.

Schmit studied at Sacramento State College as a psychology major.

In May 2012, Schmit was awarded an Honorary Doctorate of Music from Berklee College of Music.

Schmit's first musical instrument was the violin, which he later followed with trombone, ukulele, and guitar. He also found that his singing voice was not bad and, while he was a little young to become an Elvis Presley devotee when rock & roll hit, he was just the right age when the folk revival of the early '60s came along. For a time he played bass in a local trio called Tim, Tom & Ron, who changed into the Contenders when surf music began finding an audience in 1962 and 1963. When the British Invasion swamped the surf boom, the Contenders evolved into the New Breed, they grew their hair and adapted their look and sound to the contours of the Merseybeat boom. They were good enough to serve as the opening act for the very early Big Brother & the Holding Company, Herman's Hermits, and Sonny & Cher, and there was the real possibility of a future in music for the band.

By the time he entered Sacramento State College as a psychology major, the New Breed had evolved into a folk-rock-based outfit called Glad and signed to ABC Records. During the period before they got their contract, Schmit crossed paths with ex-Buffalo Springfield singer/guitarist Richie Furay, who was in the process of putting together a new group, which eventually took the name Poco - Schmit was asked to audition on bass and vocals but the spot was instead filled by Randy Meisner. Glad's album, Feelin' Glad, was released by ABC in 1968 but failed to sell, and, in the meantime, Meisner quit Poco on the eve of recording their debut album. Schmit, as first runner-up for the bassist spot, joined the group on-stage for a few gigs, and they were serious enough about his joining to cover one of his songs, "Hard Luck," as the B-side of the Furay-authored 1969 single "My Kind of Love." By the start of 1970, he had switched to become a full-time member of Poco, making his formal debut with the group on its self-titled second album.

The next seven years were a study in musical fulfillment and professional frustration as Poco made a string of superb records - embracing an astonishingly diverse array of sounds in the process, even working with Memphis' Steve Cropper at one point. They became a favorite in the rock press and a top second-tier act, but never managed in that time to connect with the public on a steady basis. They played some very early gigs on the same bill with a band called Longbranch Pennywhistle, whose members included John David Souther, Ry Cooder, and, most importantly, Glenn Frey. By 1971, Longbranch Pennywhistle were history, while Poco always seemed poised for a big move that never quite took place - their albums sold respectably, usually reaching the middle of the charts, and Schmit was represented on their second album with the song "Keep on Believin'" (co-written with Furay) and on their third LP, Deliverin', by "Hear That Music," and he also provided the title track to their fourth, From the Inside. His other notable songs included "I Can See Everything" from A Good Feelin' to Know, "Here We Go Again" off of Crazy Eyes, and "Whatever Happened to Your Smile" from Cantamos. Poco seemed to be every critic's favorite country-rock band, but none of the records or the articles accompanying their release were sufficient to persuade the public to buy them in the numbers their quality would seem to have engendered. Meanwhile, a rival outfit from California, the Eagles - who had inherited the services of Meisner after he quit Poco - was burning up the charts on a more reliable basis.

Then, in the spring of 1977, Meisner quit the Eagles. The split had been coming for a couple of years, as he chafed under the increasing domination of the band by Glenn Frey and Don Henley, and not even the mega-platinum success of the Hotel California album and the money raked in on the subsequent touring could hold them together. In the wake of Meisner's exit, the band invited Schmit to once again become his successor. Schmit made the jump without hesitation, joining in time to participate in the extended touring off of Hotel California and participate in the recording of what proved to be the group's last official album, The Long Run. As it was, The Long Run didn't appear until late 1979, which gave Schmit plenty of time to get integrated into the group's sound - his distinctive bass work was in evidence, right up front in the mix on the opening title track, and he got one co-writing credit on the second song, "I Can't Tell You Why," which also became the first single off the album and peaked at number eight. Between the tours and the album's multi-platinum sales (and those of Eagles Live, which followed in 1980), Schmit was belatedly rewarded for the dozen years of dues he had paid.

The Eagles parted company officially - on what was billed as a hiatus - in 1981. Even as the group was winding down its affairs, however, Schmit landed a song, "So Much in Love," on the soundtrack of Fast Times at Ridgemont High (1982), alongside his former bandmates (and also alongside Poco), which became a mega-platinum-selling album. Free for the first time to explore his own music, he embarked on a solo recording career that produced six albums over the next two decades - Playin' It Cool (1984), Timothy B. (1987), Tell Me the Truth (1990), Feed the Fire (2001), Expando (2009), and Leap of Faith (2016). Each presented different aspects of his music, from country to pop to light jazz, although none was remotely as successful as the Eagles' work. He rejoined Poco for their 1984 album Inamorata and has also appeared as a vocalist on a multitude of other artists' recordings across the years, including Steely Dan, Bob Seger, Jimmy Buffett, Julian Lennon, Ringo Starr, Warren Zevon, and Spinal Tap. He also worked with his ex-bandmates (including Richie Furay) on various projects, and sang backup on Vince Gill's version of "I Can't Tell You Why" on the 1993 Common Thread album, whose unexpectedly strong sales precipitated the Eagles' reunion tour, album, and concert video. He has also been a singer and bassist in Ringo Starr's All-Starr Band (which has also included his Eagles bandmate Joe Walsh in its ranks). Although not as popular as a solo artist as either Glenn Frey or Don Henley, Schmit's attractive high tenor voice has its fans, and he is one of the busier Eagles and Poco alumni. 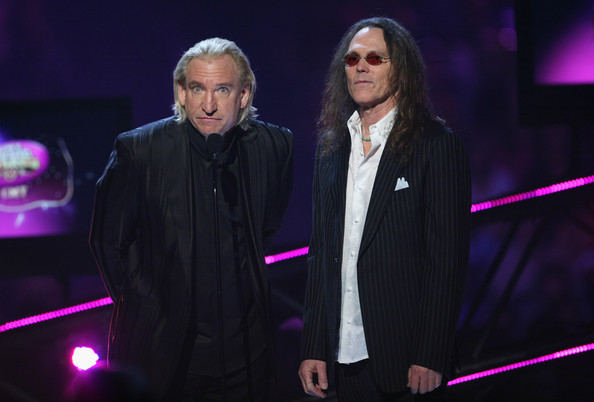 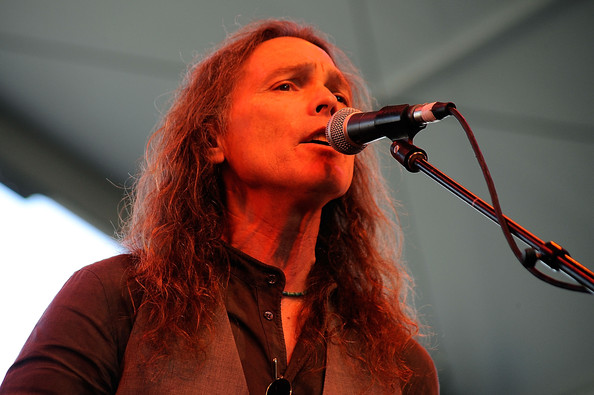 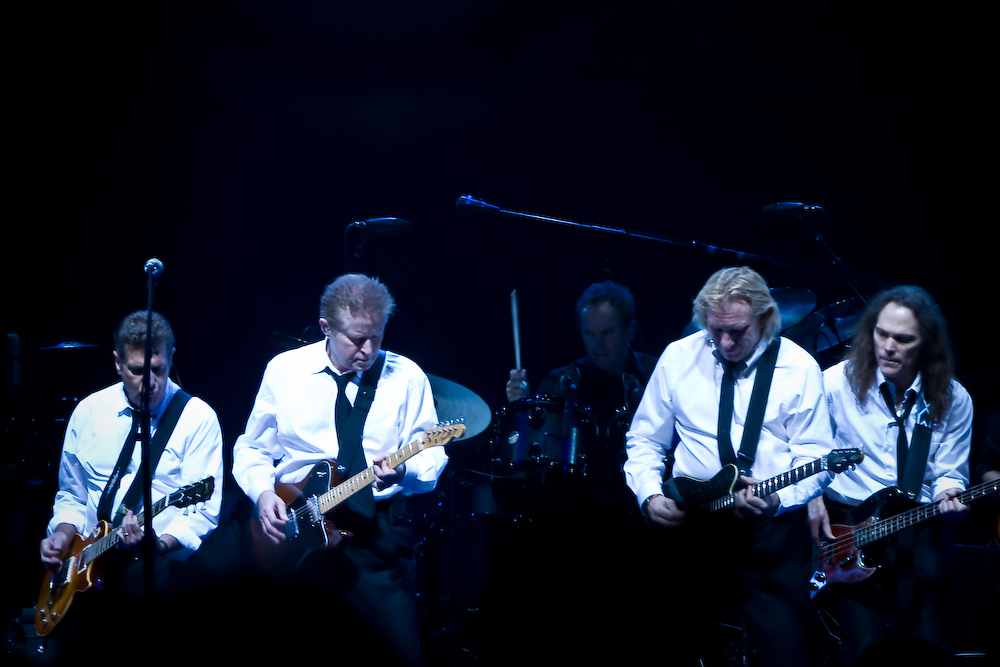 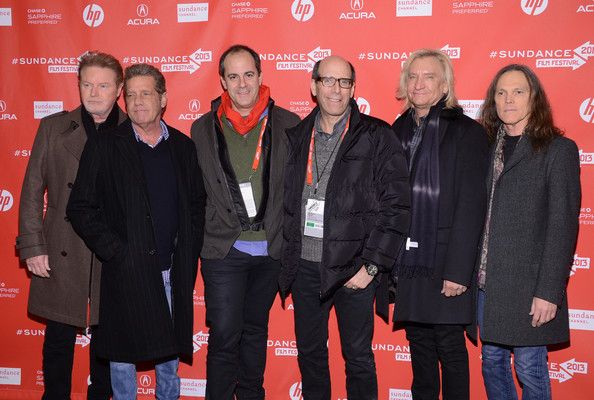 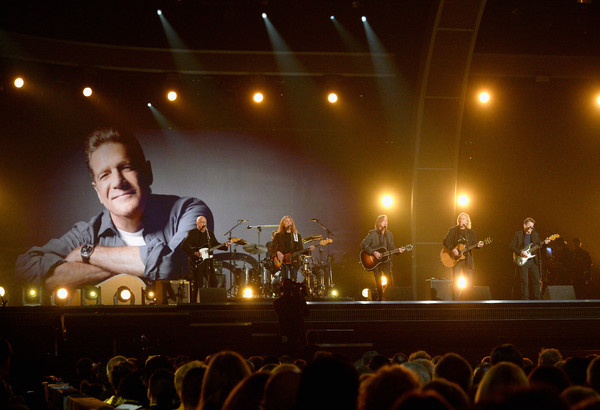 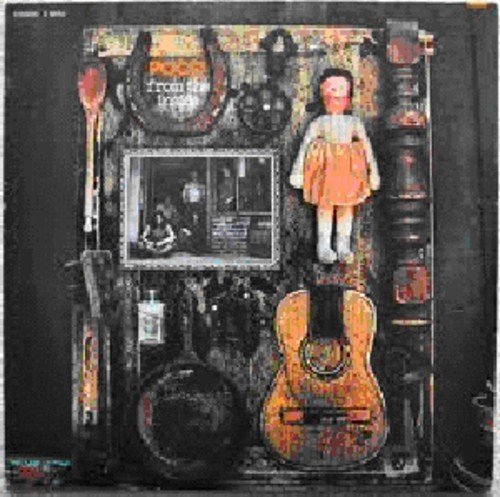 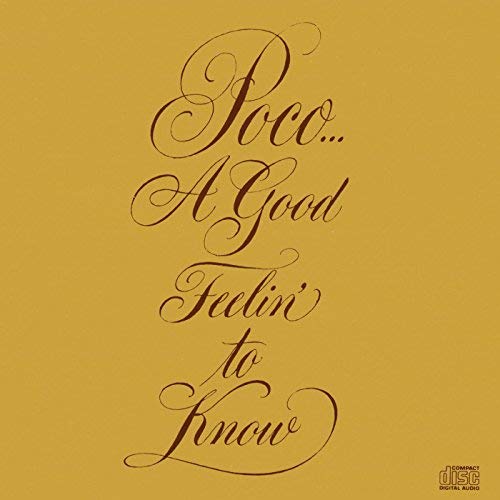 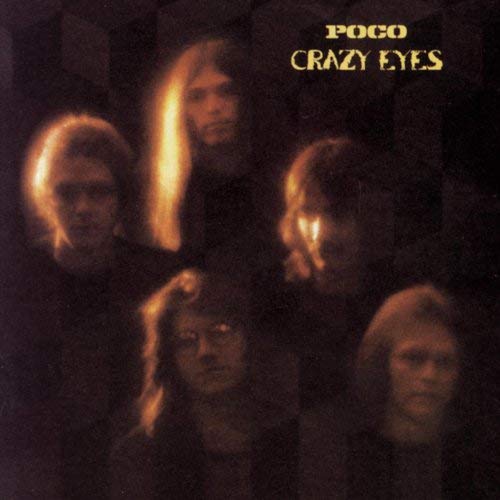 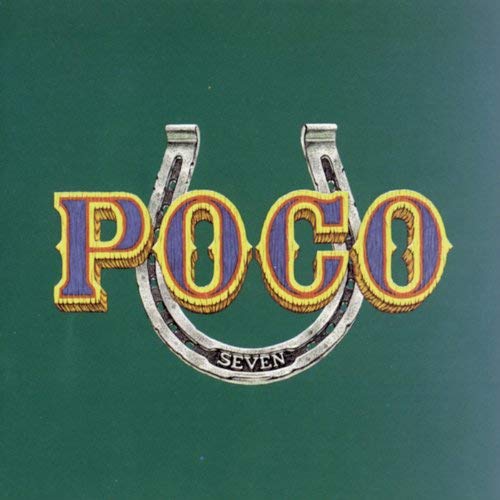 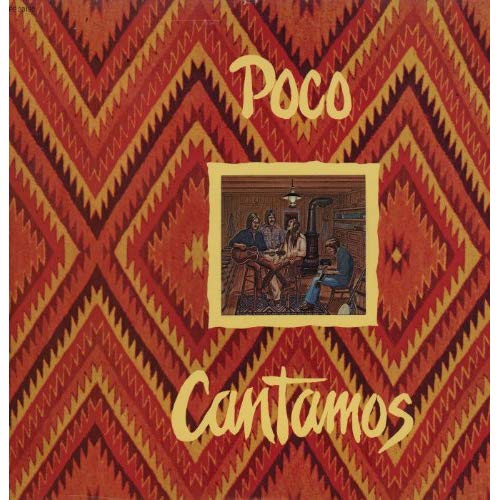 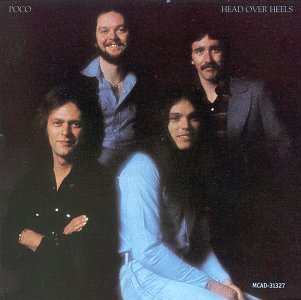 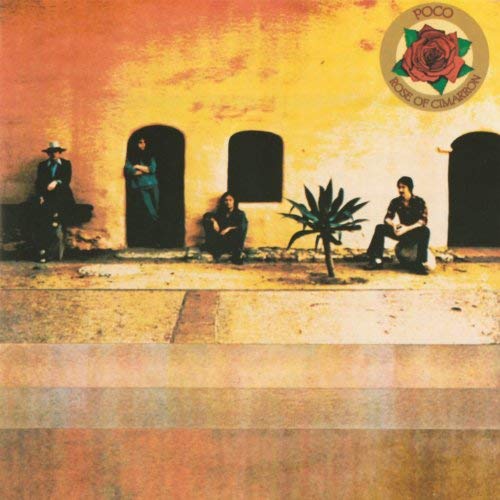 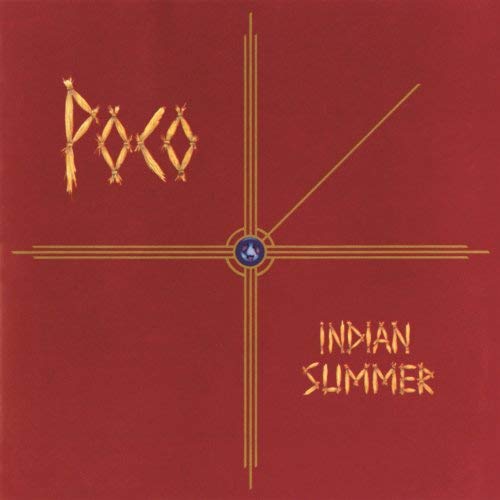 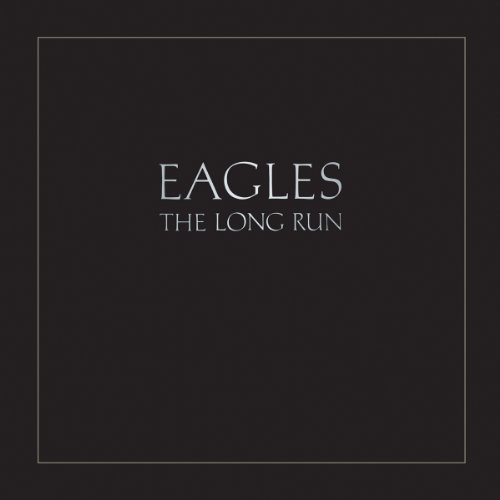 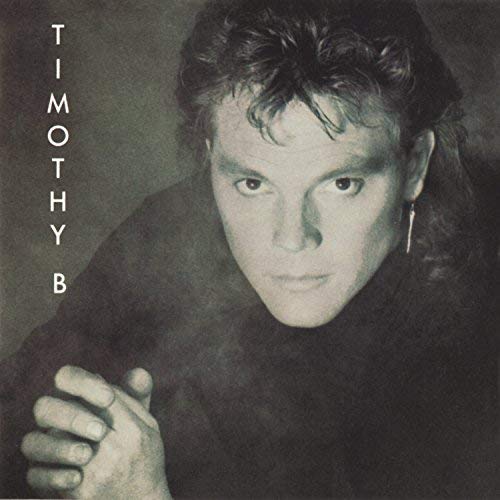 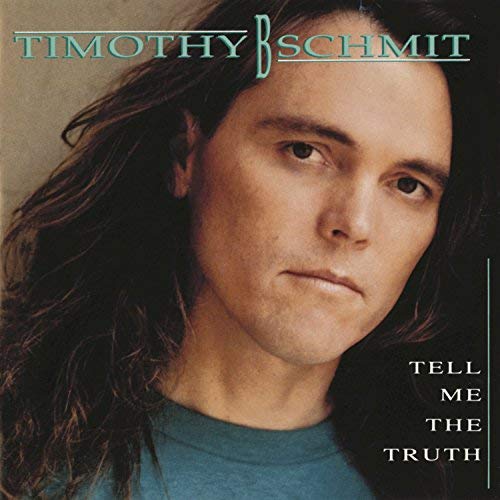 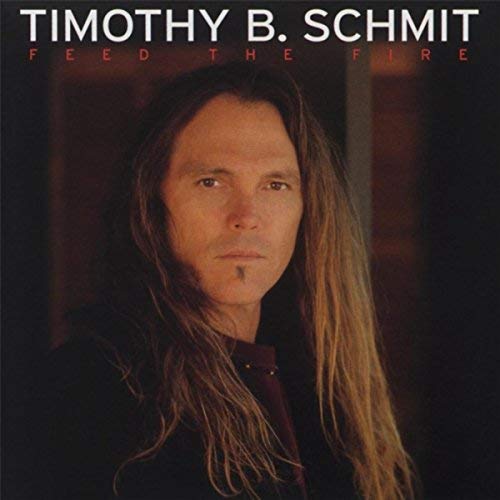 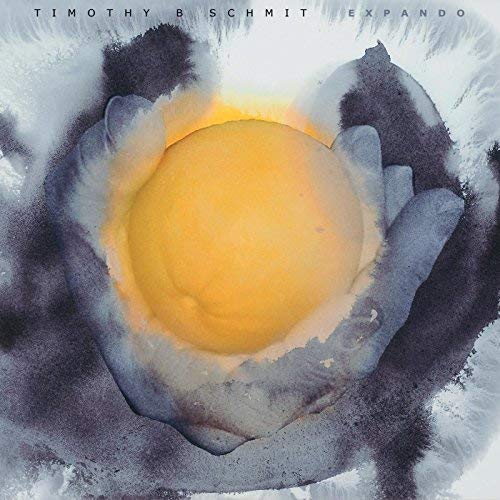 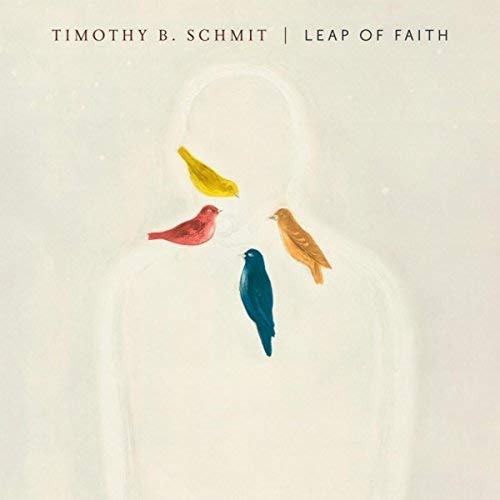 Timothy is a very fan friendly individual. With his sweet, calm, caring demeanor he always manages to make a fan feel special. Whether it is at a concert, a meet and greet, or through his website, Timothy always takes the time to go the extra mile to connect with his fans.