While the Music Lasts: My Life in Politics

(This memoir, by turns passionate and hilarious, recounts ...)

This memoir, by turns passionate and hilarious, recounts the colorful life of the man who has dominated Massachusetts state politics for more than a generation.

Bulger was born in Dorchester, Massachusetts, to James Joseph Bulger, Senior and Jane Veronica "Jean" McCarthy, who were of Irish descent. He is the third of six children in the family. When Bulger was four years old, the family moved to South Boston's Old Harbor Village housing project in 1938. He grew up there and has maintained lifelong friendships with many of those who were his former neighbors, including best friend, Korean War Marine P.O.W. and Purple Heart recipient Fred L. Toomey. 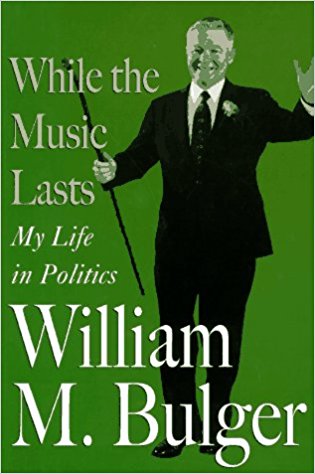 William married Mary Foley on July 2, 1960. They have nine children and 33 grandchildren.