William Wyler was an American film director, producer and screenwriter. Notable works include Ben-Hur (1959), The Best Years of Our Lives (1946), and Mrs. Miniver (1942), all of which won Academy Awards for Best Director, as well as Best Picture in their respective years, making him the only director of three Best Picture winners as of 2017.

Wyler was born to a Jewish family in Mulhouse, Alsace (then part of the German Empire). His Swiss-born father, Leopold, started as a traveling salesman which he later turned into a thriving haberdashery business in Mulhouse. His mother, Melanie (née Auerbach; died February 13, 1955, Los Angeles, aged 77), was German-born, and a cousin of Carl Laemmle, founder of Universal Pictures.

During Wyler's childhood, he attended a number of schools and developed a reputation as "something of a hellraiser", being expelled more than once for misbehavior. His mother often took him and his older brother Robert to concerts, opera, and the theatre, as well as the early cinema. Sometimes at home his family and their friends would stage amateur theatricals for personal enjoyment.

Wyler was supposed to take over the family haberdashery business in Mulhouse, France. After World War I, he spent a dismal year working in Paris at 100.000 Chemises selling shirts and ties. He was so poor that he often spent his time wandering around the Pigalle district. After realizing that Willy was not interested in the haberdashery business, his mother, Melanie, contacted her distant cousin, Carl Laemmle who owned Universal Studios, about opportunities for him.

Laemmle was in the habit of coming to Europe each year, searching for promising young men who would work in America. In 1921, Wyler, while traveling as a Swiss citizen (his father's status automatically conferred Swiss citizenship to his sons), met Laemmle who hired him to work at Universal Studios in New York. As Wyler said: "America seemed as far away as the moon." Booked onto a ship to New York with Laemmle upon his return voyage, he met a young Czech man, Paul Kohner (later the famous independent agent), aboard the same ship. Their enjoyment of the first class trip was short-lived, however, as they found they had to pay back the cost of the passage out of their $25 weekly income as messengers to Universal Pictures. After working in New York for several years, and even serving in the New York Army National Guard for a year, Wyler moved to Hollywood to become a director.

Around 1923, Wyler arrived in Los Angeles and began work on the Universal Studios lot in the swing gang, cleaning the stages and moving the sets. His break came when he was hired as a second assistant editor. But, his work ethic was uneven, he would sneak off and play billiards in a pool hall across the street from the studio, or organize card games during working hours. After some ups and downs (including getting fired), Wyler focused on becoming a director and put all his effort into it. He started as a third assistant director and by 1925 he became the youngest director on the Universal lot directing the westerns that Universal was famed for turning out. Wyler was so focused on his work that he would dream about "different ways (for an actor) to get on a horse". In several of the one-reelers, he would join the posse in the inevitable chase of the 'bad man'.

He directed his first non-Western, the lost Anybody Here Seen Kelly?, in 1928. This was followed by his first part-talkie films, The Shakedown and The Love Trap. He proved himself an able craftsman. In 1928 he became a naturalized United States citizen.

In the early 1930s began directing such films as Hell's Heroes, Dead End, and The Good Fairy. He became well known for his insistence on multiple retakes, resulting in often award-winning and critically acclaimed performances from his actors. After leaving Universal he began a long collaboration with Samuel Goldwyn for whom he directed such classics as Dodsworth (1936), These Three (1936), Dead End (1937), Wuthering Heights (1939), The Westerner (1940), The Little Foxes (1941) and The Best Years of Our Lives (1946). It was during this time that Wyler began his famous collaboration with cinematographer Greg Toland. Toland and Wyler virtually created the "deep focus" style of film making wherein multiple layers of action or characters could be seen in one scene, most famous being the bar scene in The Best Years of Our Lives. Toland went on to utilize the deep focus he mastered with Wyler when he shot Orson Welle's Citizen Kane.

Bette Davis received three Oscar nominations for her screen work under Wyler, and won her second Oscar for her performance in Wyler's 1938 film Jezebel. She told Merv Griffin in 1972 that Wyler trained her with that film to be a "far, far better actress" than she had been. She recalled a scene that was only a bare paragraph in the script, but "without a word of dialog, Willy created a scene of power and tension. This was moviemaking on the highest plane," she said. "A scene of such suspense that I never have not marveled at the direction of it." During her acceptance speech when she received the AFI Life Achievement Award in 1977, she thanked him.

In 1941, Wyler directed Mrs. Miniver, based on the 1940 novel; it was the story of a middle-class English family adjusting to the war in Europe and the bombing blitz in London. It starred Greer Garson and Walter Pidgeon. Pidgeon originally had doubts about taking on the role, until fellow actor Paul Lukas told him, "You will find working with Wyler to be the most delightful experience you ever had, and that's the way it turned out." Pidgeon recalls: "One thing that would have been a terrific regret in my life is if I had succeeded in getting out of doing Mrs. Miniver" He received his first Oscar nomination for his role, while his co-star, Greer Garson, won her first and only Academy Award for her performance.

The idea for the film was controversial, since it was intended to make America less isolationist. By portraying the real-life suffering of British citizens in a fictional story, Americans might be more prone to help Britain during their war effort. The film succeeded in its propaganda elements, showing England during its darkest days of the war.Years later, after having been in the war himself, Wyler said that the film "only scratched the surface of war... It was incomplete."

However, before America entered the war in December 1941, all films that could be considered anti-Nazi were banned by the Hays Office. Even the U.S. ambassador to England, Joseph Kennedy, told the studios to stop making pro-British and anti-German films. Kennedy felt that British defeat was imminent. But MGM producer Eddie Mannix disagreed, saying that "someone should salute England. And even if we lose $100,000, that'll be okay." Mrs. Miniver went on to win six Academy Awards, becoming the top box office hit of 1942. It was Wyler's first Academy Award for Best Director.

In 1951, Wyler produced and directed Kirk Douglas and Eleanor Parker in Detective Story, portraying a day in the lives of the various people in a detective squad. Lee Grant and Joseph Wiseman made their screen debuts in the film, which was nominated for four Academy Awards, including one for Grant. Critic Bosley Crowther lauded the film, describing it as "a brisk, absorbing film by producer-director William Wyler, with the help of a fine, responsive cast."

During the immediate postwar period, Wyler directed a handful of critically acclaimed and influential films. Roman Holiday (1953) introduced Audrey Hepburn to American audiences in her first starring role, winning her an Academy Award for Best Actress. Wyler said of Hepburn years later, when describing truly great actresses, "In that league there's only ever been Garbo, and the other Hepburn, and maybe Bergman. It's a rare quality, but boy, do you know when you've found it." The film was an instant hit, also winning for Best Costume Design (Edith Head), and Best Writing (Dalton Trumbo). Hepburn would eventually do three movies with Wyler, who her son said was one of the most important directors in her career.

Friendly Persuasion (1956) was awarded the Palme d'Or (Golden Palm) at the Cannes Film Festival. And in 1959, Wyler directed Ben-Hur, which won 11 Oscars, a feat unequaled until Titanic in 1997. He had also assisted in the production of the 1925 version.

In 1968 he directed Barbra Streisand in her debut film, Funny Girl, costarring Omar Sharif, which became a huge financial success.It was nominated for eight Academy Awards, and like Audrey Hepburn in her first starring role, Streisand won as Best Actress, becoming the thirteenth actor to win an Oscar under his direction.

Streisand had already starred in the Broadway musical of Funny Girl, with seven hundred performances. And although she knew the part well, Wyler still had to mold her stage role for the screen.[66] She naturally wanted to be involved in the film's production, often asking Wyler questions, but they got along well. "Things were ironed out when she discovered some of us knew what we were doing," kidded Wyler.

On July 24, 1981, Wyler gave an interview with his daughter, Catherine, for Directed by William Wyler, a PBS documentary about his life and career. Three days later, he died from a heart attack. He is interred at Forest Lawn Memorial Park Cemetery, near his older brother, Robert Wyler, sister-in-law, actress Cathy O'Donnell and his son, William "Billy" Wyler, Jr in Glendale, California. 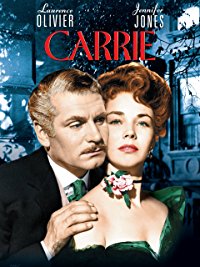 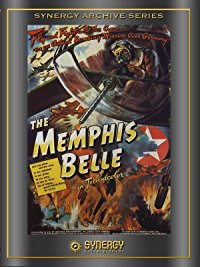 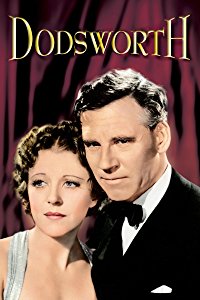 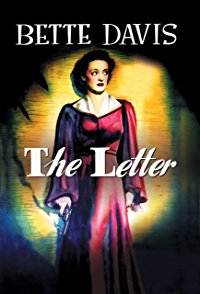 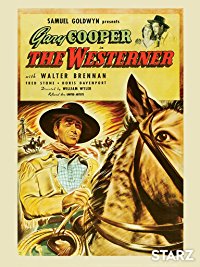 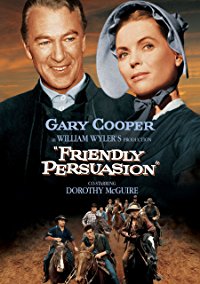 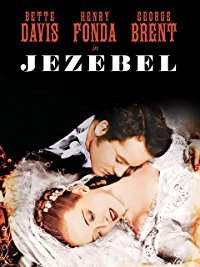 Wyler had worked with cinematographer Gregg Toland for six of his films, mostly in the 1930s. Toland used deep focus photographic technique for most of them, whereby he could keep all objects on the screen, whether foreground or background, in sharp focus at the same time. The technique gives the illusion of depth, and therefore makes the scene more true to life.

A perfectionist, Wyler earned the nickname "40-take Wyler". On the set of Jezebel, Wyler forced Henry Fonda through 40 takes of one particular scene, his only guidance being "Again!" after each take. When Fonda asked for more direction, Wyler responded, "It stinks." Similarly, when Charlton Heston quizzed the director about the supposed shortcomings of his performance in Ben-Hur, Wyler simply told Heston "Be better!"However, Heston notes that by the time a scene is done, regardless of how hard it was to do, it always came off well:

The only answer I have is that his taste is impeccable and every actor knows it. Your faith in his taste and what it will do for your performance is what makes casting a Wyler picture a cinch...doing a film for Wyler is like getting the works in a Turkish bath. You darn near drown, but you come out smelling like a rose."

Wyler was briefly married to actress Margaret Sullavan (from November 25, 1934 – March 13, 1936) and married actress Margaret "Talli" Tallichet on October 23, 1938.The couple remained together until his death; they had five children: Catherine, Judith, William Jr., Melanie and David. Catherine said during an interview that her mother played an important part in his career, often being his "gatekeeper" and his reader of scripts presented to him.