The Wayward Comrade and the Commissars

(In a devastating short novel and three incisive stories, ...)

In a devastating short novel and three incisive stories, an outstanding Russian novelist pokes fun at the foibles of a sausage-making bureaucrat and a wayward young pseudo-intellectual to provide a fascinating insight into the mind and heart of the twentieth-century Russian.

No Day without a Line: From Notebooks by Yury Olesha (Studies in Russian Literature and Theory (Paperback)) by Yuri Olesha (1998-10-31)

Envy, and Other Works

Yuri Olesha is a poet, play-writer and a novelist. With his small career in writing, he has been able to make his own position in Russian literature and is still remembered as one of the best writers in the 20th century.

Yuri Karlovich Olesha was born on 3 March 1899 in Elizavetgrad, Ukraine. Olesha was born to middle-class catholic parents with Polish ethnicity. His father was K Antonovich who was a landowner and moved on to becoming a government servant as an inspector of alcohol and gambling.

In one of the writings, Olesha mentions about his father as being an alcoholic himself, “he should have avoided drinking himself: "... I do remember an episode when he put me on a windowsill and aimed a revolver at me. He was drunk, and Mama fell down on her knees, pleading with him to 'stop that.” This clearly indicates that the relationship of Olesha with his father was strained. In his memoir, Olesha has also mentioned about his parents’ fights which disturbed him.

Most of his childhood was spent in Odessa where his family settled in 1902.

Olesha was fluent in the Russian language which he learned from his grandmother. Olesha received a gold medal in graduation for his accomplishment in language and literature. Later he joined law school locally at Novorossyisk University for two years.

Olesha is considered to be one the best novelist of the 20th century to withstand the restrictions at the time. He was a poet, prose writer and a playwright. Olesha kept on experimenting with his writing; poetry being his first love. He got his short stories published in several local magazines in the initial days.

Olesha began his writing career with his involvement in the study group called The Green Lamp. There he made friends with many prominent writers including Eduard Bagritski. Olesha involved himself in creating propaganda for a revolution in the civil war. After his sister’s death of typhoid in 1919, Olesha joined the red army serving as a telephonist. He mentions in his writing that more than the work that was very much limited to filling up envelops and putting address on them, Olesha spent his time opposite to his workplace which was more of a coffee house where he used to write his mind. He published his foremost story in the newspaper with the title Proletarian.

In 1922, Olesha moved to Moscow and worked for a local railway workers’ newspaper named Gudok. Olesha gained popularity through his skill in poetry. His first publication in the year 1928 of the Novel named Zavist (Envy) gave him fame as the prose writer. Nikolay Kavaerov is the main character of the novel and through a book; Olesha presents the conflict between rational thinking and creative aspirations. Olesha gained popularity with this novel.

Olesha second book Tri Tolstyaka (The three fat men) came out in 1928. This book was well written for children as well as adults alive. The style of writing remains the same as Zavist in this book though this is more of a fairy tale. This story was even made into a movie in 1967 by Aleksey Batalov.

Olesha truly believed in the freedom of writing which he expressed through his satires that were published in magazines. One of it said "The invisible realm is the adobe of attention and imagination. In it the wayfarer is not alone; two sisters walk at his side, leading him by the hand; they are Attention and Imagination."

By early 1930s, Olesha had published series of short stories and plays. One of such play was staged by director Vsevolod Meyerhold. Olesha gave a lyrical speech at the First All Union Congress of the Writers’ Union of the USSR which gave him fame. After this, Olesha limited his work and wrote for the cinemas. It is mentioned in some studies that his writings stopped because of the stringent rules of Soviet literature. Olesha feared his arrest which made him stop writing. Olesha is believed to be influenced by famous writers such as Leo Tolstoy, Robert Louis Stevenson, and H. G. Wells.

Some of his stories were translated into English with names Love and Other Stories and The Cherrystone, both were famous among young adults.

Yuri Olesha wrote poetry, short stories, novels, and plays. Even though his career in writing was brief, with his strong writing skill, he made his way into the Russian literature history. Olesha’s masterpiece Envy mentions more about his theory of Soviet Communism. Though not prevalent today, it clearly states of the issues still presiding in the society, the problem of the families and consequences to those who do not fully dedicate themselves to services. Traditional people Nikolai Kavalerov and Ivan Babichev, feel pushed aside and ignored in a realistic, systematic age. Ivan’s brother, Andrei Babichev, manages major projects which free Soviet workers from household chores and provide nutritious meals on a shoestring. Andrei’s responsibility, Volodia, the working-class adolescent, has no time for feelings and feels fully at home in the new world. As Kavalerov and Ivan regret the loss of relationships, desires, and sentiments, they deeply envy Volodia who is about to marry Ivan’s daughter, Valia, to produce a Soviet family. Kavalerov loves Valia but he is shunned and ends up sharing a fat widow’s sexual favors with Ivan Babichev in her bed.

In the novel, Kavalerov is highly a first person narrative on the environment that is created in the soviet society. Rather than being sympathetic for Volodia, the novel makes us take more pity on Kavalerov. The novel was taken critically in politics and with the viewpoints mentioned by the author, though it was praised initially, later it was shunned. Some also state that after the publish of Envy and Tri Tolstyaka (The three fat men) which also presented the same view on the soviet government, Olesha was arrested by the government, all of his writings banned and plays canceled which made him stop working in the literature front further on after the 1930s. Meanwhile, many of his fellow writers were punished and executed for their expression of the soviet government. Olesha, during this time, suffered a great loss of income and had to consider odd jobs to make a living. He worked as part-time screenwriter and co-authored plays. Olesha’s works were republished after the death of Joseph Stalin.

In all of Olesha’s stories, he has presented creative and clear viewpoints alike. “Liompia”, the short story published by the author have the conscious of a child, a dying man, and a rat. Translated into seven different languages and made to plays, movies, and animation, Olesha’s collection of work still roam about the world with the author still being remembered as one of the finest.

It is mentioned that Olesha was very much humiliated for his writing by the soviet government which put him in depression and ill-affected his health. Olesha succumbed to death on 10 May 1960 in Moscow due to heart failure. They found his diary and believe that since he was banned from published and due to his insults by the government, instead of writing for the publishable, Olesha started writing a diary. This work was published in his name as Ni day bez strochki (No day without a line) in 1965. This book mentioned about the early life of Olesha and the various turns in life he had to take as a writer. It also mentions about the evolution and growth of Olesha as a writer and a communist literati. He mentions in his memoir about the greed of letters for a writer and how it felt to read his ever first book. He has also written about his love of poetry and few tales of his childhood with his friends and his brief love life. 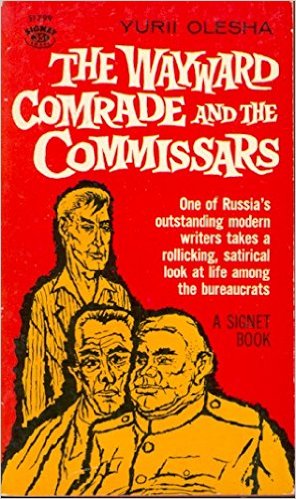 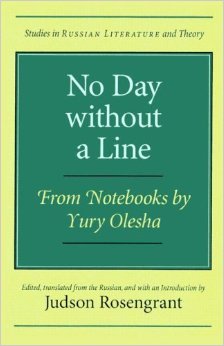 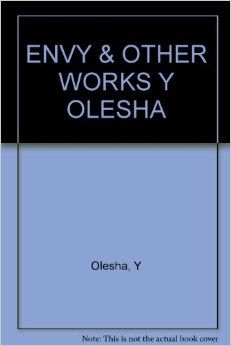 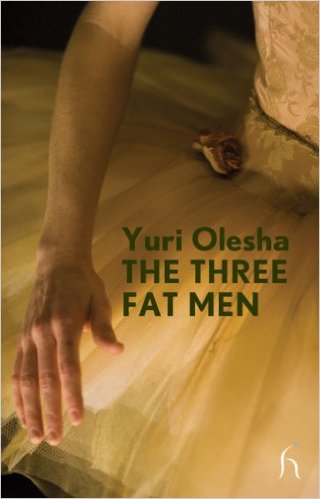 During the time that Olesha existed, his country was strictly ruled by the soviet government. Olesha was very critical about the soviet rules and the limited freedom that it provided to the people of the country. He was very well able to express his criticism and his political views on the soviet government through his book Envy. Later his print of the book ‘The Three Fat Men’ also presented the same views of Olesha strongly. This induced the then government which directed to arrest Olesha and his book, plays and writings were banned for a long time.

Quotations: “I want to shake…

“I want to shake the heart of a fizzled era. The lightbulb of the heart, so that the broken pieces touch…

“Human life is insignificant. What’s ominous is the movement of the spheres. When I settled here, a sun speck sat on the doorjamb at two in the afternoon. Thirty-six days passed. The speck jumped to the next room. The earth had completed another leg of its journey. The little sun speck, a child’s plaything, reminds us of eternity.” ( Envy)

There are very little details on Olesha’s married life. He was married to Olga Gustavovna Suok. It is believed that during the World War II, Olesha was evacuated from Moscow and moved to Turkmenistan. After the war was over, Olesha moved from one place to another with his wife. It is said that Olesha and Olga’s stepson committed suicide in front of them jumping out of the window.