(This is the first monographic study of a single Armenian ...)

This is the first monographic study of a single Armenian manuscript, the Glajor Gospel, a fourteenth-century illuminated manuscript. In addition to critical studies of the iconography of the illuminations, Mathews and Sanjian provide the history of the Glajor Gospel and the political and cultural setting in which it was produced, as well as the history of the monastery and school of Glajor. All full-page illuminations from the Gospel are reproduced at their original size, with twenty-four color illustrations.

Sanjian, Avedis Krikor was born on February 24, 1921 in Marash, Turkey. Son of Krikor and Nazli (Kalayan) Sanjian. came to the United States, 1949. 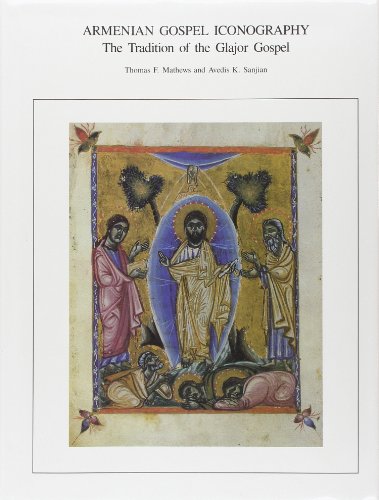