(Describes the life of the Mexican president who institute...)

I ntroductory. 1810 1852. For full fifty years of this Nineteenth Century the name of Mexico was almost synonymous with disorder and disgrace. The home of sordid and never-ending revolutions, the prey of the most despicable adventurers, the cockpit of transatlantic swashbucklers, the country attained, even among other Spanish American Republics, a pre-eminence of national abasement. (Typographical errors above are due to OCR software and don't occur in the book.) About the Publisher Forgotten Books is a publisher of historical writings, such as: Philosophy, Classics, Science, Religion, History, Folklore and Mythology. Forgotten Books' Classic Reprint Series utilizes the latest technology to regenerate facsimiles of historically important writings. Careful attention has been made to accurately preserve the original format of each page whilst digitally enhancing the aged text. Read books online for free at www.forgottenbooks.org

Benito Juarez;: Builder of a nation

Benito Juárez was a Mexican statesman and resistance leader against the French.

Benito Juárez was born in the small Zapotec Indian village of San Pablo Guelatao, Oaxaca, on March 21, 1806. His parents, poor peasants, died when he was 3 years old. Juárez then lived with his grandparents and later with an uncle.

Helped by Salanueva and a local teacher, Juárez learned to read and write. In 1827 he graduated from the Seminary of Santa Cruz. In 1828, despite Salanueva's wishes that he take on the priesthood, Juárez entered the Oaxaca Institute of Arts and Sciences to study law. The curriculum proved the perfect stimulus for the rebellious and ambitious former seminarian.

Juárez worked with Don Antonio Salanueva, a bookbinder, who took a strong liking to the young Indian boy, became his godparent, and to all intents and purposes adopted him. In 1831 he qualified to enter a local law office, but as the legal profession was already overcrowded, he began a second career as an antiestablishment Liberal politician.

In 1831 Juárez entered politics as an elected alderman on the Oaxacan town council. In 1835 the city elected him as a Liberal deputy to the federal legislature. He carried forward his legal career, often serving as a representative of impoverished Indian communities in their struggles to protect their landholdings. He was one of Oaxaca's leading lawyers.

During the Conservative domination of Mexico between 1836 and 1846, Juárez largely avoided elective office but often accepted professional and political appointments from the Conservative state authorities. In 1841 the state government appointed him a federal court judge, a post in which he served with distinction. Juárez served as secretary to the state's Conservative governor and as a member of the local assembly.

In 1846 the Liberal party, led by former president Valentín Gómez Farías, took power throughout Mexico. In 1847-1848, during the debacle of Mexico's war with the United States, he became Oaxaca's acting governor and then elected governor. In 1852 Juárez became director of the Institute of Arts and Sciences. He also again served as a lawyer, often helping the poor. In 1853 the Conservative party, led by the brilliant Lucas Alamán, seized power by a barracks coup. One of the revolt's leaders, and its inevitable president, was Antonio López de Santa Ana, the unscrupulous Creole general who had frequently dominated Mexico during the previous 20 years. Seeking to consolidate power, Santa Ana immediately exiled the leaders of the Liberal party.

Government troops arrested Juárez without warning and then sent him into exile. He lived first in Havana and then in New Orleans. In the early 1850 the future Liberal leaders of Mexico, including Ignacio Comonfort, José María Mata, and Melchor Ocampo, formed a revolutionary junta in New Orleans and began to plan the reforms with which they hoped to rebuild their shattered nation. In Mexico, Santa Ana had run the country into further bankruptcy. Disgruntled Liberals, led by Juan Alvarez, a hero of the war for independence, launched a revolt known as the Revolution of Ayutla. Juárez offered his services to Alvarez's rebel army.

Santa Ana's government collapsed with a minimum of fighting, and the Liberals again assumed power with Alvarez as president. In October 1855 he named Juárez minister of justice. Juárez immediately began to implement some of his reform ideas: the Ley Juárez (Juárez Law, Nov. 23, 1855) reorganized the judicial system, but most important, it abolished the right to separate courts for the military and the clergy. In January 1856 Juárez again became governor of Oaxaca, where he reestablished the Institute of Arts and Sciences and promulgated the New Liberal Constitution of 1857.

The voluntary retirement of Juan Alvarez in 1857 ended the Liberal hopes for a peaceful transformation of Mexico. The ensuing period (1857 - 1860), known as the Three Year War, proved to be one of the most bloody and wasteful in Mexican history. Armies defining themselves often arbitrarily as Conservative or Liberal roamed the countryside looting and burning. The economy was again halted; Mexico, bankrupt and divided, tempted foreign intervention. The only positive result of these years was the emergence of Juárez as the undisputed leader of the Liberal party. He served as minister of government and later as president of Mexico's Supreme Court under Ignacio Comonfort. In 1858 Comonfort resigned; Juárez traveled northward, organizing the divided Liberal party. The departure of Comonfort had left Juárez as Supreme Court president, the legal executive power in Mexico. Simultaneously the Conservatives had named one of their own number the president of Mexico, repealed the laws of reform, and sent their troops northward to exterminate Liberal resistance. Beset by fractious allies and mutinous troops, Juárez fled to Veracruz. For 3 years Juárez and the Liberals held Veracruz while the Conservatives held Mexico City. The Church helped the Conservatives with money, troops, and moral persuasion. The angered Liberals reacted in 1859 by promulgating drastic anticlerical laws, confiscating all ecclesiastical property, except buildings, without compensation. The same year Melchor Ocampo signed the infamous Maclane-Ocampo Treaty, selling more of Mexico to the United States (this was rejected by the U. S. Senate) for badly needed funds to prosecute the war. After two years of defeat, the reorganized Liberal armies under Santos Degollado, Porfirio Díaz, and Jesús González Ortega took Mexico City. The Conservative armies disintegrated, and their leaders went into exile. Leonardo Márquez, leading Conservative general, held out as a guerrilla, but the Liberals were firmly in control.

In 1860 the Mexican people elected Juárez president. Juárez acted determinedly to carry out national reconstruction. He exiled the archbishop of Mexico, five bishops, and the Spanish ambassador, all of whom had aided the Conservative cause. The new government strictly enforced the anticlerical codes of the constitution, seizing for the nation Church lands and monastic buildings. Juárez's program was ambitious, but he had staggering problems. The government, seeking to develop a large agrarian middle class, tried to distribute the lands to those working them. However, the Liberals needed money to pay the army bureaucracy and the national debt. Pressed for funds, public officials allowed these lands to go to those who could pay for them immediately, mostly rich speculators and foreigners.

The land reform did not create a large yeoman class but instead allowed secular individuals to monopolize the large former Church estates and to gain control of Indian communal lands, also abolished by the reform laws and the Constitution of 1857. The same financial exigencies which forced the government to curtail its ambitious land reform program caused it in 1862 to declare a two-year suspension of the external debt. This gave England, France, and Spain the excuse to intervene in Mexico. The English and Spanish soon withdrew, but the French emperor, Louis Napoleon, attempted to establish a client Mexican empire under the Austrian archduke Maximilian. Aided by small Conservative forces, the French took Mexico City in 1863, forcing Juárez to flee.

The years 1864 to 1867 determined the future of Mexico and the Liberal reforms. Juárez refused to serve in an imperial cabinet. He retreated north with his cabinet and a small bodyguard in his famous black coach. The imperialists controlled the cities, but the countryside remained in a state of insurrection. Faced with mounting costs in men and money and the rise of Prussia, the French withdrew from Mexico. In 1867 the empire collapsed. The Liberal forces captured Maximilian and his main Mexican adherents in Querétaro. In June 1867 Juárez ordered the Emperor's execution despite worldwide pleas for clemency. Always a strict legalist, Juárez would not countermand the courtmartial; he saw the execution as a firm warning to other foreign conquerors.

In 1867 the Mexican people again elected Juárez president. His first act was to arbitrarily dismiss without pension two-thirds of the 90, 000-man Liberal army, many of whom either became bandits or joined the subsequent rebellions of Porfirio Díaz. Juárez accomplished much in the remaining 4 years of his life. The government began to build railroads and schools; the military budget was cut; and the Church was stripped of its large landholdings.

Most important, Mexico had its first effective government, based upon the Constitution of 1857, which guaranteed free speech, free press, right of assembly, and the abolishment of special legal privileges. On the negative side, Juárez refused to delegate authority and insisted, despite much opposition, upon his own reelection in 1871. He obviously sincerely believed that he alone could govern Mexico, but many now saw him as a dictator. Furthermore, he had failed to abolish internal tariffs or to curb large secular landholdings. In 1871 his army crushed the revolt of Porfirio Díaz, but the Liberal party had split into irreconcilable factions. 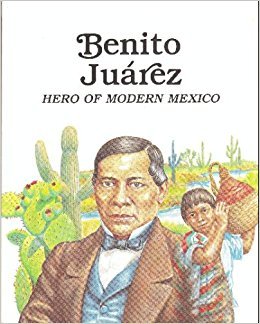 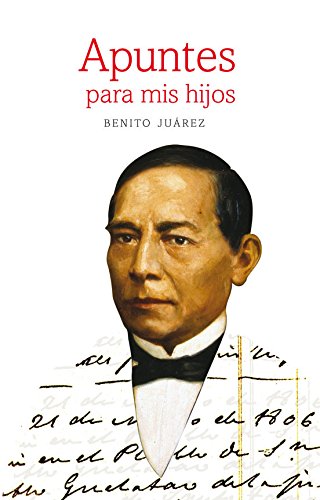 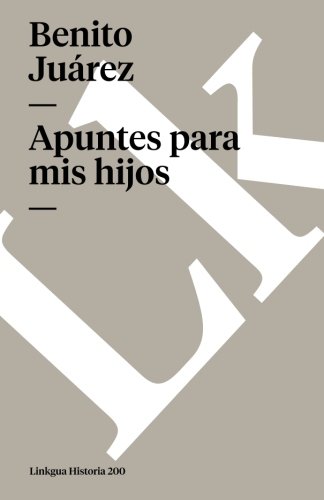 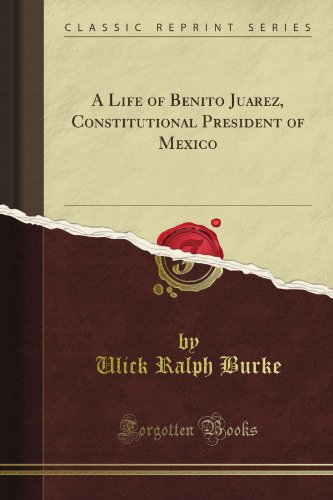 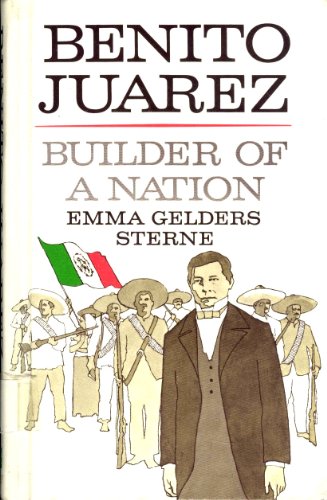 Juárez served as Minister of Justice and ecclesiastical affairs, and it was during this time that Juárez drafted the law named after him, the Juárez Law, which declared all citizens equal before the law and restricted the privileges (fueros) of the Catholic Church. He curtailed the power of the Catholic Church, confiscating Church land.

He showed his liberalism by resigning the judgeship because of unwillingness to prosecute those who refused to pay clerical tithes, but the state government soon reinstated him. Despite his Conservative connections, Juárez became a Liberal federal deputy.

Quotations: "La ley ha sido siempre mi espada y mi escudo", or "The law has always been my shield and my sword"

He was incorruptible and intelligent.

In 1843, when he was in his late 30s, Benito married Margarita Maza, the daughter of his sister's patron. The family was of European origin and part of Oaxaca's respectable society. With the marriage Juárez gained social standing. Their marriage lasted until her death from cancer in 1871. Juárez and Maza had twelve children together, five of whom died in early childhood; Juárez also fathered two children with Juana Rosa Chagoya before he married, Tereso, who was close to Juárez during his expatriations and fought in the Reform War, and Susana, who was adopted and attended her step-mother's death.