Lean and Mean: The Changing Landscape of Corporate Power in the Age of Flexibility

("Downsizing" seems to the (widely applauded) order of the...)

"Downsizing" seems to the (widely applauded) order of the day for giant firms like General Motors, IBM and General Electric. Is big business on the way out? Are small firms better at generating new jobs and spurring technological innovation? This book shows that in response to international competition, big companies are becoming leaner. Powerful multinational corporations are focusing on their core businesses and contracting out other activities, forming strategic alliances with domestic and foreign partners (many of them small firms). The book helps the reader to understand, and learn to live with the brave new world of business organization, where economic activities are decentralized, but where big firms continue to be in control. How to reconcile the private advantages of networks with the public purpose of ensuring high labour and environmental standards is the great challenge of today. Bennett Harrison is the author of "The Great U-Turn" and "The Deindustrialization of America".

Education, Training and the Urban Ghetto

Education, Training, and The Urban Ghetto

The Great U-Turn: Corporate Restructuring and the Polarizing of America

( This devastating critique by the authors of The Deindus...)

This devastating critique by the authors of The Deindustrialization of America documents how the economic policies of the Reagan era have damaged the American standard of living and suggests how this trend may be reversed.

The Great U-Turn: Corporate Restructuring and the Polarizing of America Hardcover - September, 1988

The Deindustrialization of America 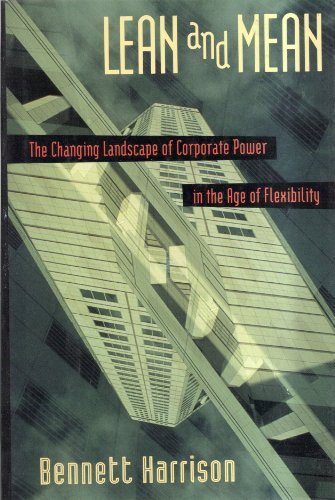 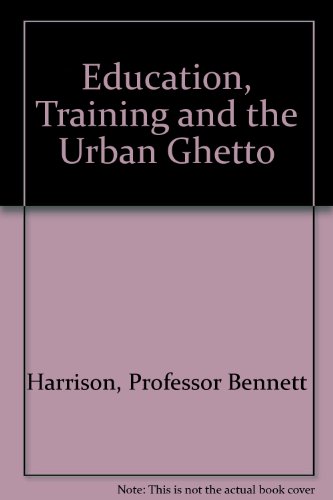 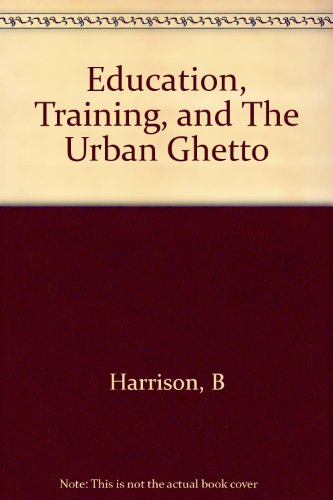 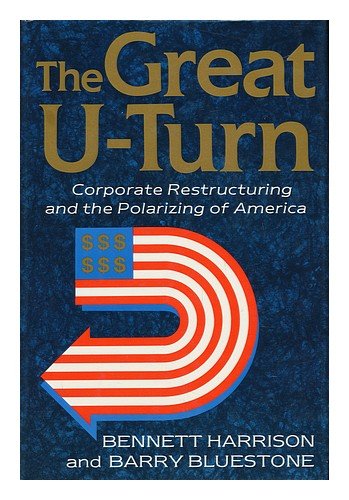 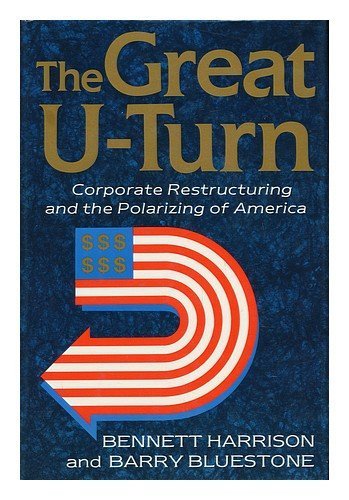 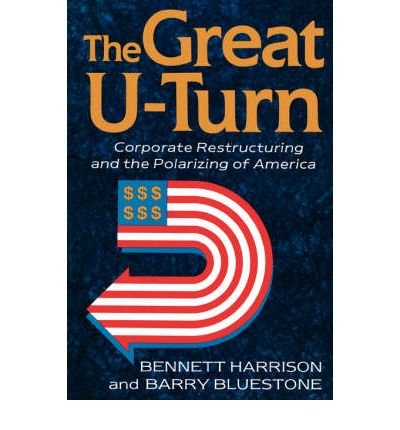 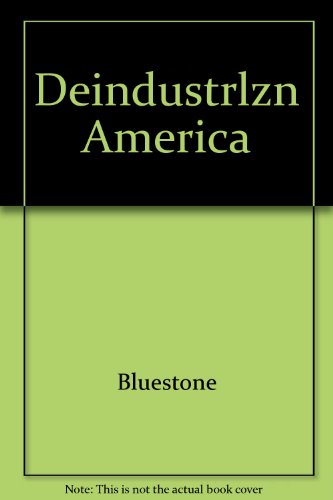 I have always been interested in the spatial aspects of industrial and employment change: how they affect workers of different races and genders, and the economic vitality of local communities. My first book was a study of the Black ghetto in New York City called Harlem. Two years later, my doctoral dissertation was published, which extended my researches on the social and economic organisation of the urban ghetto to comparative analyses of twelve such areas located across the country

I came to the Urban Planning Department of Massachusetts Institute of Technology, Cambridge, Mass., USA in 1973 to develop a new curriculum in the field of ‘community economic development’.

Studying the poor, their neighbourhoods, and even their cities as a way of trying both to understand and to remedy their condition seemed increasingly inadequate. The problem lay in the development and functioning of broader, more fundamental social and political institutions. In 1974 and 1975, I became a consultant to the Massachusetts Legislature and helped to formulate a series of recommendations on State economic policy designed to facilitate the rebuilding of a balanced economic base.

I then obtained a research grant to conduct more extensive inquiries into the changing economic structure of the Massachusetts and New England economies. During the course of the New England research, Barry Bluestone and I were approached by a consortium of major unions (principally the United Auto Workers) and public policy organisations and asked to conduct an investigation of the magnitude and consequences of plant shutdowns in the United States. This led to the most exciting research effort of my life, which culminated in the publication in 1982 of our book, The Deindustrialization of America.