The Insider-Outsider Theory of Employment and Unemployment (MIT Press)

( This book provides an accessible, balanced account of t...)

This book provides an accessible, balanced account of the insider-outsider theory of labor market activity. It focuses on how "insiders" (incumbent employees whose jobs are protected by various labor turnover costs) get market power, what they do with that power, and how their activities affect the "outsiders" (who are either unemployed or work in the informal sector). The book examines the effects of insiders' activities on wages, employment, and unemployment; discusses the associated policy implications; and relates the insider-outsider theory to other theories of labor market activity.The central part of the book consists of a series of previously published articles that have been edited to convey a single coherent account of the insider-outsider theory. Chapters are preceded by overviews summarizing the main ideas and relating them to the book's underlying theme.Assar Lindbeck is Professor of International Economics and Director of the Institute of International Economics at the University of Stockholm. Dennis J. Snower is Professor of Economics, Birkbeck College, University of London.

Snower, Dennis James was born on October 14, 1950 in Vienna, Austria. Son of Bernard and Kitty Doris Snower. arrived in England, 1980. 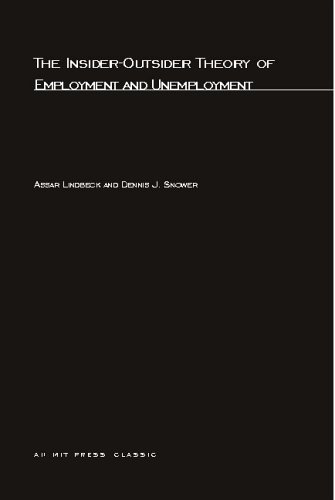 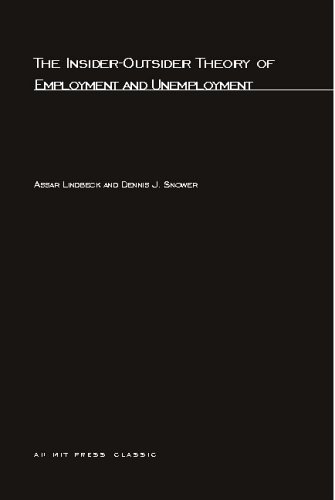