Greek Icons After the Fall of Constantinople: The Roger Cabal Collection

Davezac, Bertrand was born on April 27, 1930 in Paris. Came to the United States, 1954. Son of Henry Paul and Solange (Carpentier) Davezac. 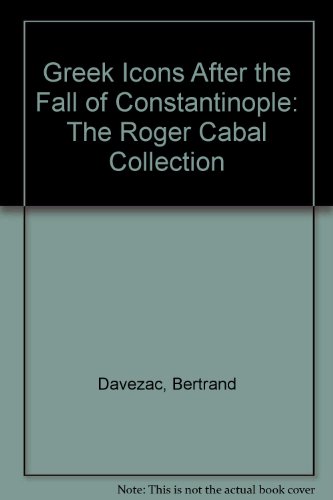 Member DaCamera Society of Houston (board directors since 1988).