Kind Words: A Thesaurus of Euphemisms

Containing over 4000 euphemisms, this reference guide explains how and why we coin euphemisms to hide fears, abide by taboos, mask secret desires, excuse misbehaviour and mention the unmentionable. The meaning, origin and usage of each word is fully detailed. 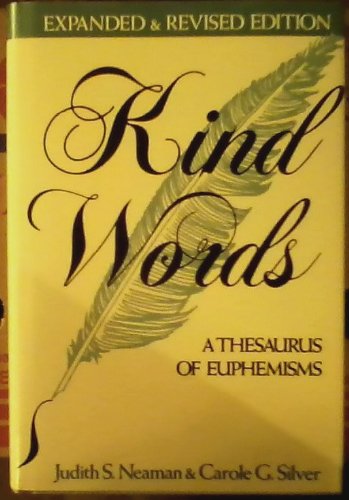