Other photo of Charles Hartshorne

The Philosophy and Psychology of Sensation:

Beyond Humanism Essays in the Philosophy of Nature

The Divine Relativity: A Social Conception of God (The Terry Lectures Series)

( Charles Hartshorne has set himself the task of formulat...)

Charles Hartshorne has set himself the task of formulating the idea of deity "to preserve perhaps even increase, its religious value, while yet avoiding the contradictions which seem inseparable from the idea of customarily defined." This is a brilliant attempt to redefine problems that have long challenged the Western world in its search for understanding both God and man.   “The compact, closely reasoned book employs a skill in logic reminiscent of scholasticism at its best to refute traditional notions, scholastic and otherwise, of divine absoluteness, and to expound a conception of God which is both free of contradiction and religiously adequate. The position taken is described by Professor Hartshorne as surrelativism, or panentheism, and these terms indicate the two major emphases of the volume….He who follows its precise logic with the alertness it demands will have a clarifying and enriching experience.”—S. Paul Schiling, Journal of Bible and Religion “In what respects is God absolute and in what respects relative? Or is it meaningless to say that he is both? In a rigorously analytical study Professor Hartshorne explains why he thinks both statements are necessary….One comes from this book with new confidence in the ability of philosophy to attack religious problems and, through careful analysis, to reveal what as alone conceivable must be true.”—J.S. Bixler, Review of Religion “Hartshorne’s work is a major achievement in religious thought because it strives to clear away errors that have been insuperable obstacles to religious search.”—Henry N. Wieman, The Philosophical Review “This book is not merely theoretical, as might be supposed; it has its practical application to the larger social issues of our time, including the problem of democracy.”—Jay William Hudson, Christian Register

The Divine Relativity a Social Conception of God

The divine relativity,: A social conception of God (The Terry lectures)

Reality as social process;: Studies in metaphysics and religion

Logic of Perfection & Other Essays in Ne

The Logic of Perfection

(Described as one of the pathbreaking works in 20th-centur...)

Described as one of the pathbreaking works in 20th-century philosophical theology. this work presents Hartshorne's rehabilitation of Anselm's "Ontological Argument", recast in neoclassical form as "the Modal Proof", along with applications of Hartshorne's method to a variety of issues in contemporary metaphysical and religious thinking.

The Logic Of Perfection And Other Essays In Neoclassical Metaphysics

The Logic of Perfection and other essays in Neoclassical Metaphysics.

A Natural Theology for Our Time

A Natural Theology for Our Time

Born to Sing: An Interpretation and World Survey of Bird Song (A Midland Book)

First published in 1973, Born to Sing is a monumental undertaking, one of the most comprehensive, totally entertaining studies of bird vocalizations ever available. It offers a global survey of modes of singing, encompassing more than 5,000 species of singing birds, with special analyses of nearly 200 species with highly developed songs. For the professional ornithologist, informed birdwatchers, biologists, psychologists, philosophers, and musicologists with a strong interest in nature.

Born to Sing: An Interpretation and World Survey of Bird Song (A Midland Book) by Hartshorne Charles (1992-11-22) Paperback

Born to Sing: An Interpretation and World Survey of Bird Song (A Midland Book) by Hartshorne, Charles (1992) Paperback

Insights and Oversights of Great Thinkers: An Evaluation of Western Philosophy (Suny Series in Systematic Philosophy)

Omnipotence and Other Theological Mistakes

(Book annotation not available for this title. Title: Omni...)

Omnipotence and Other Theological Mistakes by Hartshorne, Charles [1984]

The Darkness and the Light: A Philosopher Reflects upon His Fortunate Career and Those Who Made It Possible

Philosophy of Charles Hartshorne (The Library of Living Philosophers, V. 20)

(Part of a series of studies of contemporary philosophers,...)

Part of a series of studies of contemporary philosophers, this volume focuses on Charles Hartshorne. It contains 29 descriptive and critical essays on his philosophy, as well as his intellectual autobiography and detailed replies to the critics.

Beyond Humanism: Essays in the New Philosophy of Nature

Beyond Humanism: Essays in the Philosophy of Nature

[(The Logic of Perfection and Other Essays in Neoclassical Metaphysics)] [Author: Charles Hartshorne] published on (October, 2011) 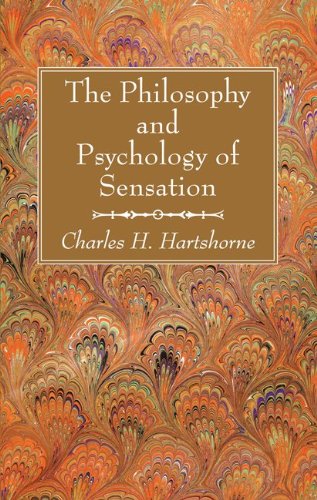 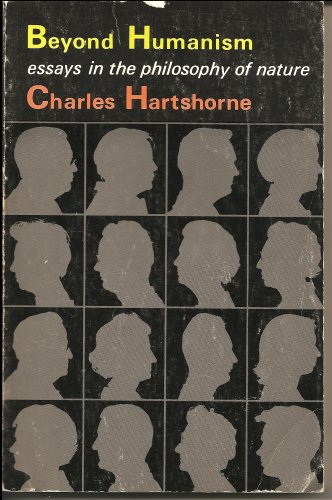 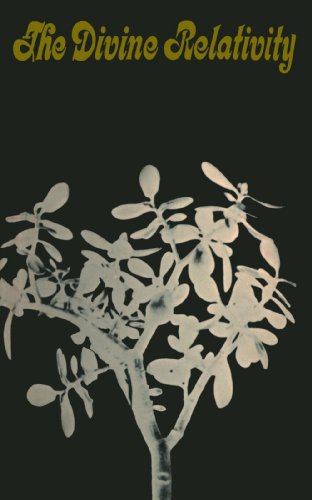 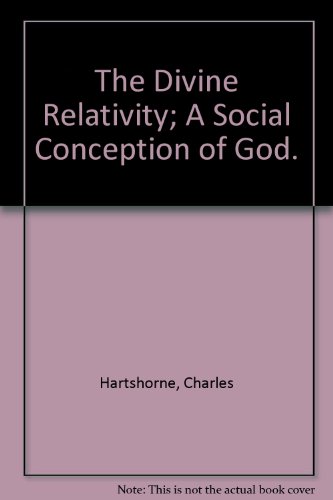 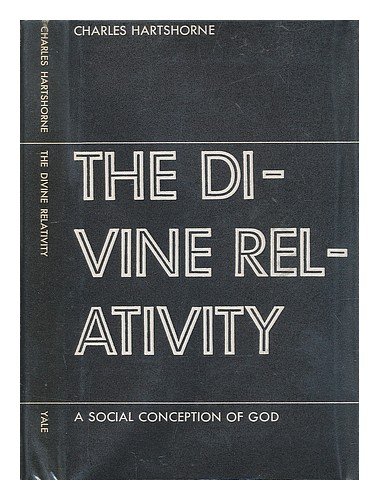 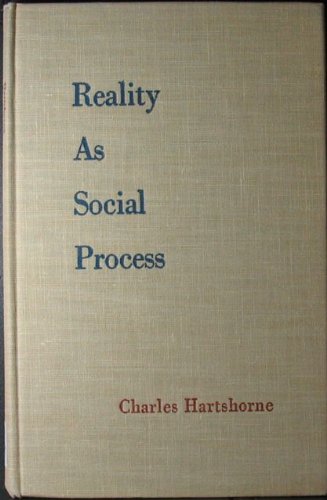 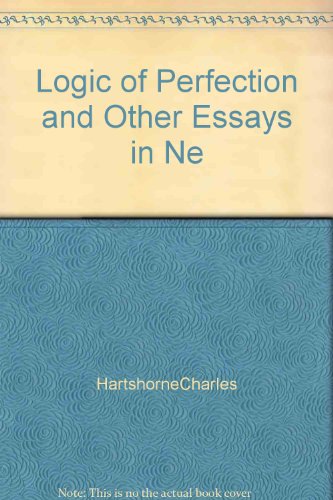 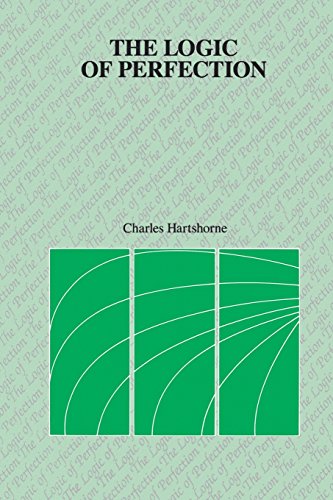 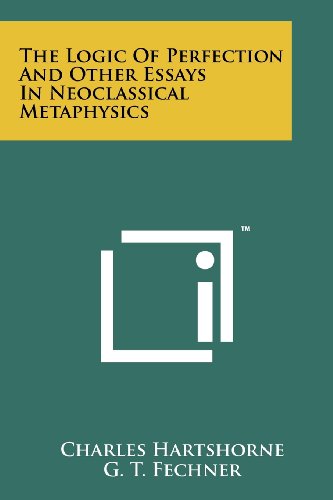 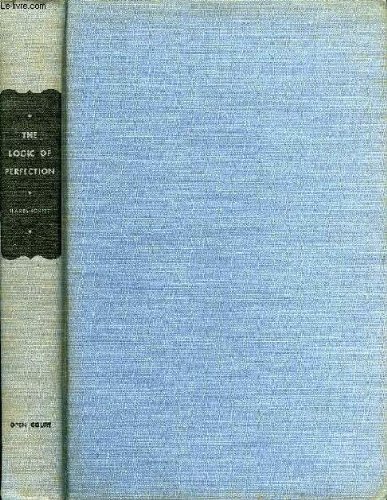 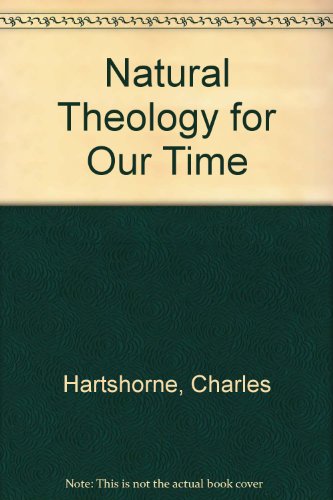 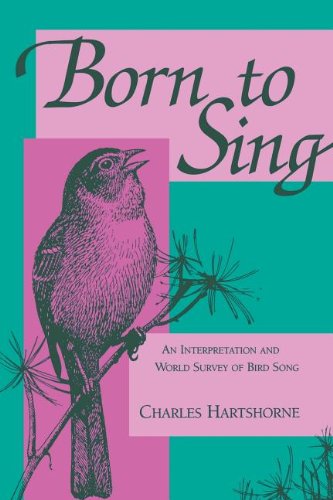 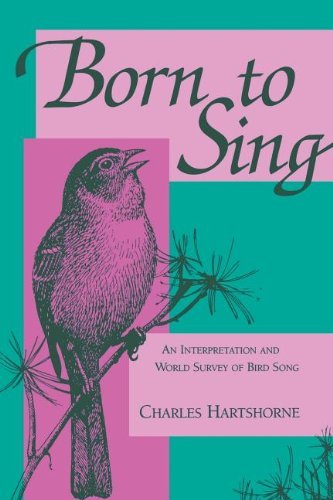 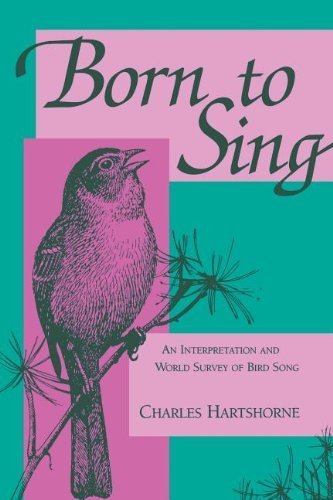 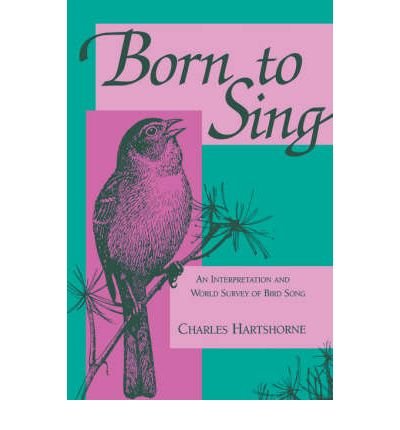 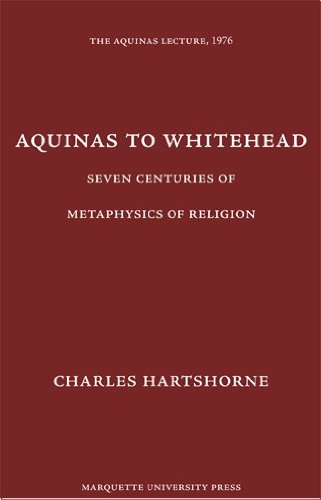 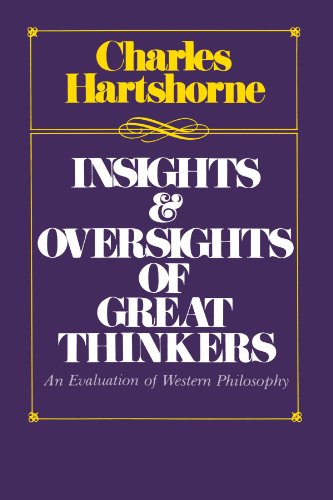 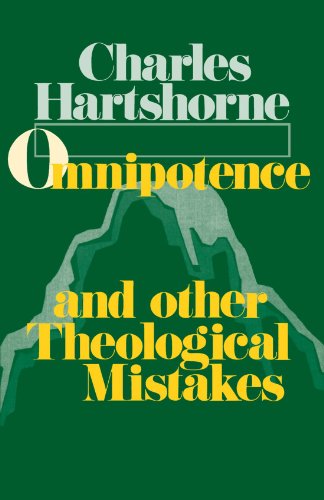 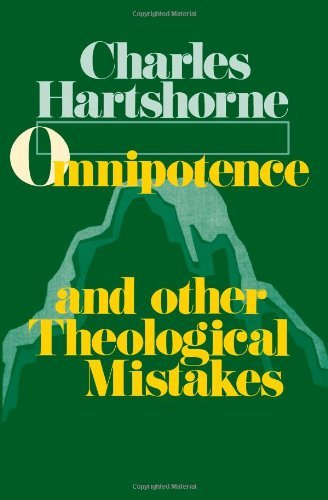 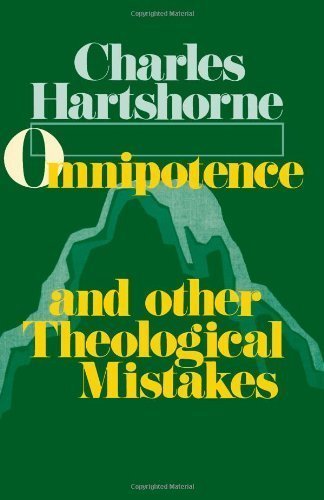 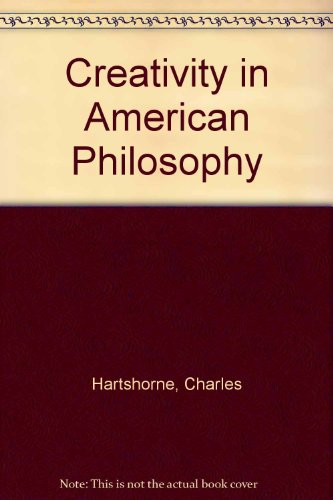 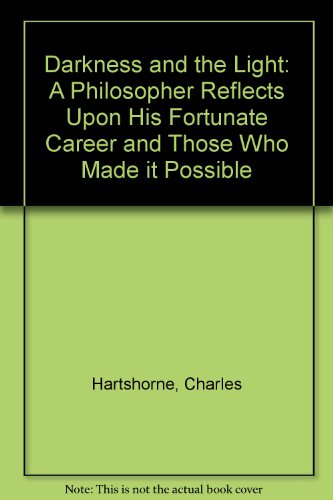 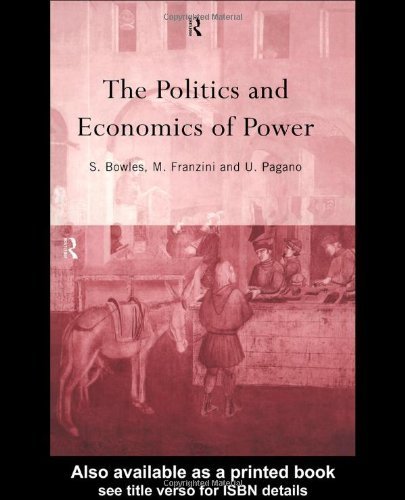 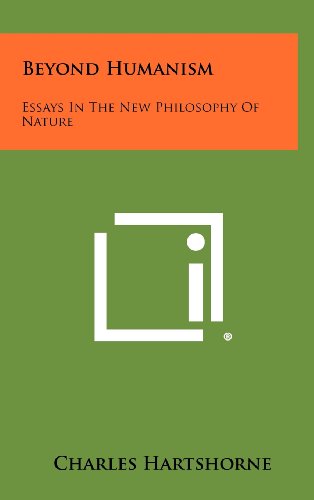 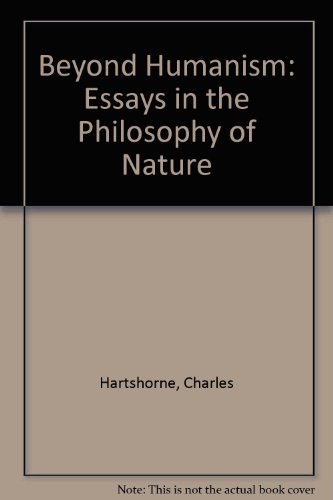 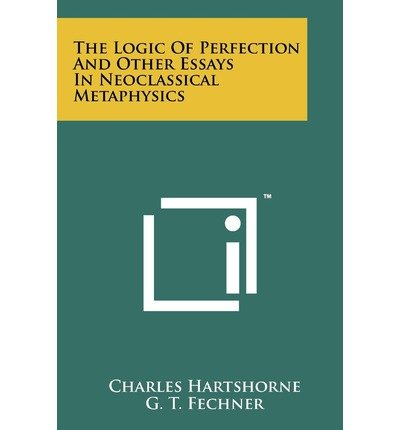 Charles Sanders Peirce (1931-1935). In The Philosophy and Psychology of Sensation (1934) he drew upon scientific psychology and philosophy to demonstrate that sensation is an evaluative feeling exhibiting continuity, a thesis he subsequently elaborated into a panpsychist or psychalist Philosophy according to which life or feeling Permeates the cosmos, concentrated in individualized centres, identical to Whitehead's ‘actual entities’ or ‘occasions of experience’. Hartshorne held, like Whitehead before him, that recent developments in natural science require a radical fcconccption of nature.

Since nature is rcconceived as an affective continuum of valuational feelings, furthermore, a new theology replaces the classical conception of God. Hartshorne’s speculations came to fruition in his 1946 Terry Lectures at Yale University, published in The Divine Relativity (1947). Hartshorne's process deity has a dipolar nature—an abstract, eternal nature and a concrete, temporal nature.

It mirrors Whitehead's distinction between the primordial and consequent natures of God. The unity of these two aspects of God embraces the World, God being supreme as the eternal-temporal consciousness, knowing and including the world. Hence Hartshorne has advocated panentheism, the doctrine that God includes the world yet transcends it.

Hartshorne’s hobby in oirdwatching and listening to birdsong has resulted in his international reputation as an ornithologist. He published a prize-winning 'vork. Born to Sing: An Interpretation and World Survey of Bird Song.