The Magian Gospel of Brother Yeshua (The Shower of a Way)

From the rear cover of this 312 page book: "This book tells the full life story of Brother Yeshua of Nazareth in the first person. The channel sincerely believes it was directly inspired by the spirit of him we call Jesus." This book will answer questions such as: what was Jesus really like; Who was his earthly father; what was Joseph's life and what was his influence on Yeshua; What education did Yeshua have; What siblings did he have and what were his family relationships; Was Yeshua ever married and what were his sexual relationships with women; How did his ministry begin; What were the true purposes of his life and ministry; What did Yeshua really teach and what doctrines in the New Testament are later additions; What is the significance of his crucifixion and resurrection; What was the descent into Hell; Where and what is Yeshua now; What is his attitude toward the Bible and the modern Christian Church; What is his message for the modern world and the new age. "All of these and many more are included in this book. Twenty-two inspired portraits by the artist Thom Baker add a whole further dimension. It has been predicted that "The Magian Gospel" will constitute the basic Scritpures for the Aquarian Age and for the new churches which will arise to reshape the Gospel of Jesus and restore his true teachings. Whether or not this proves true, no thinking person will fail to find his thoughts stireed and new insights acquired by a reading of this book."

Wise, Charles Conrad was born on April 1, 1913 in Washington, District of Columbia, United States. Son of Charles Conrad and Lorena May (Sweeney) Wise. 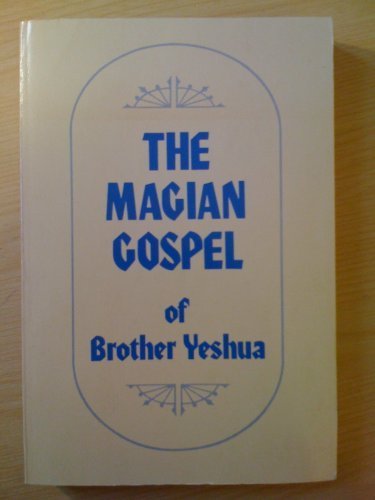