Depreciation Inflation & the Taxation of Income from Capital - 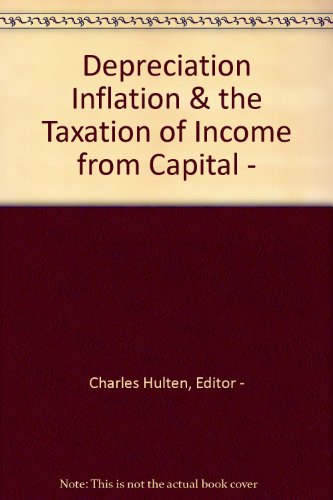 Early work was devoted to the theoretical aspects of productivity measurement with particular emphasis on index number theory. Early research also focussed on the problem of measuring rates of economic depreciation, using data on the market prices of used structures and equipment. This line of research led to an interest in business tax policy and its relationship to economic growth.

Specific studies have examined how various aspects of tax policy have changed the incentives to invest in various types of assets. Other research interests include the comparison of international productivity trends, with particular emphasis on United States-Japan economic relationships, the measurement of regional productivity trends within the United States and developing methods for measuring public sector productivity, where explicit measures of real output are unreliable or unavailable.