Bruce studied medicine at the University of Edinburgh in 1876, where he graduated with a Bachelor of Medicine in 1881.

David Bruce (center), with members of the Mediterranean Fever Commission (for brucellosis).

A portrait of David Bruce

David Bruce's name as it features on the London School of Hygiene & Tropical Medicine Frieze in Keppel Street.

Order of the Bath

Bruce studied medicine at the University of Edinburgh in 1876, where he graduated with a Bachelor of Medicine in 1881.

David Bruce's name as it features on the London School of Hygiene & Tropical Medicine Frieze in Keppel Street.

David Bruce (center), with members of the Mediterranean Fever Commission (for brucellosis).

A portrait of David Bruce

David Bruce with his wife.

On the Disappearance of the Leucocytes from the Blood, after Injection of Peptone

David Bruce was a British microbiologist and pathologist. His professional life was spent in the Army Medical Service and the Royal Army Medical Corps, in which he attained the special rank of surgeon general.

David Bruce was born on May 29, 1855, in Melbourne, Australia, the only son of Scottish parents, who emigrated to Australia during the gold rush of the early 1850s. His father, David Bruce, Sr., accompanied by his wife, Jane Hamilton, left Edinburgh to install a crushing plant in a Victoria goldfield. When he was five years old, David’s parents returned with him to Scotland and settled in Stirling.

After visiting Stirling High School, in 1869 David Bruce began an apprenticeship for a warehouse firm in Manchester. However, after a bout of pneumonia he reassessed his career and decided to study zoology but later changed to medicine at the University of Edinburgh in 1876, where he graduated a Bachelor of Medicine, in 1881. 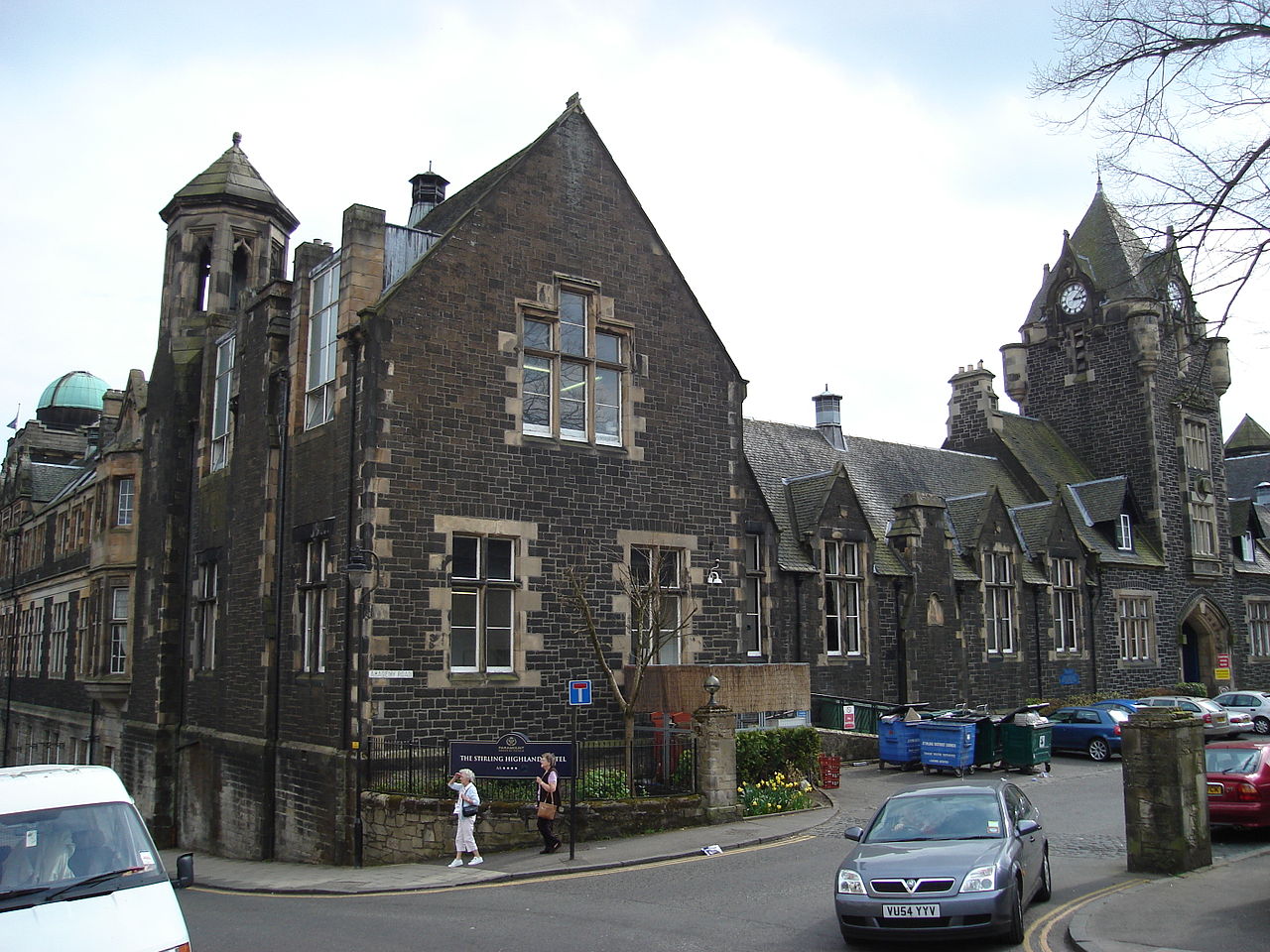 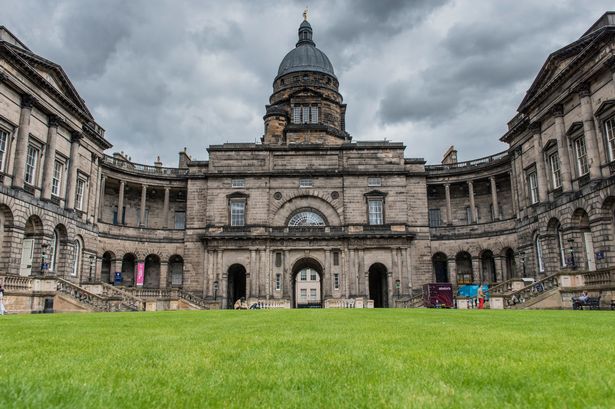 Bruce found general practice uncongenial, and in August 1883 was commissioned surgeon captain in the Army Medical Service. The following year, he was posted to Malta, where he and his wife were quartered in the Valetta Hospital, which had no facilities for research. Impressed by Koch’s recent discovery of the tubercle bacillus, Bruce decided to investigate Malta fever, which annually hospitalized around a hundred soldiers of the British garrison, for an average of three months. He purchased a microscope, and late in 1886, he found “enormous numbers of single micrococci” in the spleen of a fatally ill patient. Splenic pulp from four later patients, inoculated into Koch’s nutrient agar, yielded cultures of a slowly growing “micrococcus.” Bruce reported these findings in September 1887. Subsequent publications described further properties of the organism, for which he proposed the name Micrococcus melitensis. Its bacillary morphology was unrecognized until Bang isolated Bacillus abortus in 1897. In 1920, on the suggestion of Feusier and Meyer, the generic term Brucella was adopted for these closely related microorganisms. The epidemiology of the disease remained a mystery until 1905, when T. Zammit, a Maltese member of the Commission for the Investigation of Mediterranean Fever, the twelve-man team of experts headed by Bruce, implicated goat’s milk as the disseminating vehicle. The disease was conquered when goat’s milk was eliminated from the diet of the Malta garrison. The eponymous term “brucellosis” has now replaced such names as Malta, Mediterranean, and undulant fever.

Between these two phases of his work in Malta, Bruce had become famous for trypanosomiasis researches in Zululand and Uganda. After departing from Malta in 1889, he spent his leave discoursing in Koch’s laboratory while his wife acquired the latest techniques in microscopy, staining, and media making. He then taught pathology at the Army Medical School at Netley, introducing the experimental attitudes and bacteriological methods of Pasteur, Lister, and Koch. In 1894 Bruce was posted to Natal, whose governor (a former lieutenant governor of Malta) asked him to investigate an epizootic, nagana, that was affecting cattle in northern Zululand.

After trekking for five weeks by ox wagon, the Bruces arrived at Ubombo, where they lived for two months in a wattle-and-daub hut, using the veranda as a laboratory. Bacteriological examinations of affected oxen proved negative; but intensive microscopic study of blood specimens revealed a motile, vibrating hematozoon, which Bruce later concluded was a trypanosome. The relationship of this parasite to nagana was demonstrated by inoculating blood from infected cattle into healthy horses and dogs: they became acutely ill, and their blood swarmed with hematozoa. The natural mode of transmission of the disease was revealed, as Bruce explained in his Croonian lectures (1915), when two oxen and several dogs, sent into a low-lying “fly belt” for a fortnight, acquired this same parasite in their blood. He was now convinced that nagana was identical with the “tsetse fly disease” described by Livingstone in 1858, and that this fly transmitted the causal trypanosome.

Recalled temporarily to Natal, the Bruces returned in September 1895 to their isolated hut in the Zululand bush and stayed almost two years. Bruce’s Preliminary Report was published in December 1895 and was followed early in 1897 by his Further Report. These classic documents described the hematozoa of nagana, established the tsetse fly Glossina morsitans as the vector, and implicated regional wild game, such as antelope and buffalo (themselves immune and unaffected), as the trypanosomal reservoir. Living trypanosome samples were forwarded to the Royal Society, which in 1899 elected Bruce a fellow and published a paper by Plimmer and Bradford characterizing the parasite and naming it Trypanosoma brucei.

During the Boer War, Bruce distinguished himself at the siege of Ladysmith, where he directed a hospital and performed successful surgery. Mary Bruce received the Royal Red Cross for devoted work with the wounded, particularly as nursing sister in her husband’s operating theater. They returned home in October 1901.

In 1903 Bruce was chosen to head the Royal Society’s Sleeping Sickness Commission to Uganda. On behalf of the Foreign Office and at Patrick Manson’s urging, the Society had organized a similar commission to investigate an epidemic in Uganda in 1902, but its activities were uncoordinated and two members had returned home. The Bruces reached Entebbe in March 1903, with Dr. David Nabarro and a sergeant technician, and met the remaining representative of the first commission, a young bacteriologist, Dr. Aldo Castellani.

Manson’s tentative suggestion of Filaria perstans as the causal agent had proved untenable, but Castellani had recently noted trypanosomes in cerebrospinal fluid taken from five victims. Previously, he had grown streptococci from the cerebrospinal fluid and heart blood of more than thirty. Well aware of the potential significance of the trypanosomes, although perturbed at the conflicting evidence, Castellani did not wish to be ridiculed by Bruce, still less by Nabarro, who was little older than he and whose appointment to supersede him he resented. He therefore imparted his observations to Bruce, on condition that he (Castellani) should temporarily continue searching for trypanosomes, that he should then publish his findings as sole author, and that Nabarro should not be informed. When Castellani left Entebbe three weeks later, he had demonstrated trypanosomes in twenty additional cases. He had also taught Bruce the techniques of lumbar puncture and of examining the cerebrospinal fluid for trypanosomes.

In 1902 Dutton had reported Trypanosoma gambiense in the blood of a febrile Englishman in Gambia and in 1903 Baker had diagnosed similar cases of trypanosome fever in Uganda, but no connection between these conditions and Uganda sleeping sickness was then suspected. At first, Bruce appeared skeptical about trypanosomes as causal agents of human sleeping sickness, but soon after Castellani’s departure Bruce and Nabarro amassed convincing evidence that this disease was caused by T. gambiense inoculated by the tsetse fly Glossina palpalis. Bruce returned to England in August 1903. The “Progress Report” by himself and Nabarro, sent from Entebbe, acknowledged Castellani’s discovery; but the “Further Report,” written by Bruce, Nabarro, and E. D. W. Greig, betrays a changed attitude that encouraged his supporters, particularly the zoologist Ray Lankester, to minimize Castellani’s contribution. The resulting dispute broke into print intermittently for several years. Despite Nabarro’s magnanimous support of Castellani, most subsequent accounts displayed bias, which J. N. P. Davies’ carefully documented articles (1962, 1968) should help to correct.

From 1908 to 1910, Bruce rejoined the Royal Society’s continuing commission in Uganda, where he directed researches into conditions governing the transmissibility of T. gambiense by Glossina palpalis, and studied cattle and game as potential reservoirs of the parasite. In 1911, he was appointed a director of another Sleeping Sickness Commission, to investigate trypanosomiasis in Nyasaland. During the next two years, T. rhodesiense was identified as the main regional pathogen and Glossina morsitans as its vector; and certain other trypanosomal species pathogenic to domestic animals were characterized. The commission concluded that T. rhodesiense and T. brucei were identical, but this view was disputed by contemporary German authorities and now has no adherents.

From 1914 until he retired in 1919, Bruce was commandant of the Royal Army Medical College. During the war, his administrative abilities were fully utilized, especially as director of scientific research and as chairman of committees for the study of tetanus and trench fever. 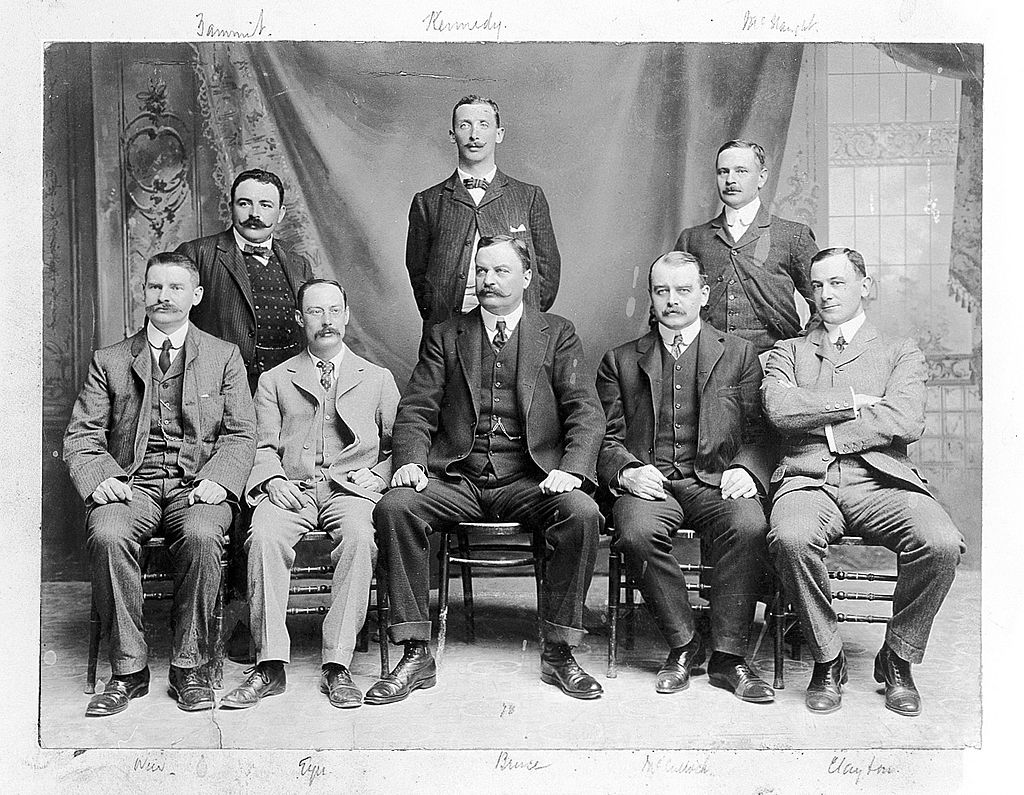 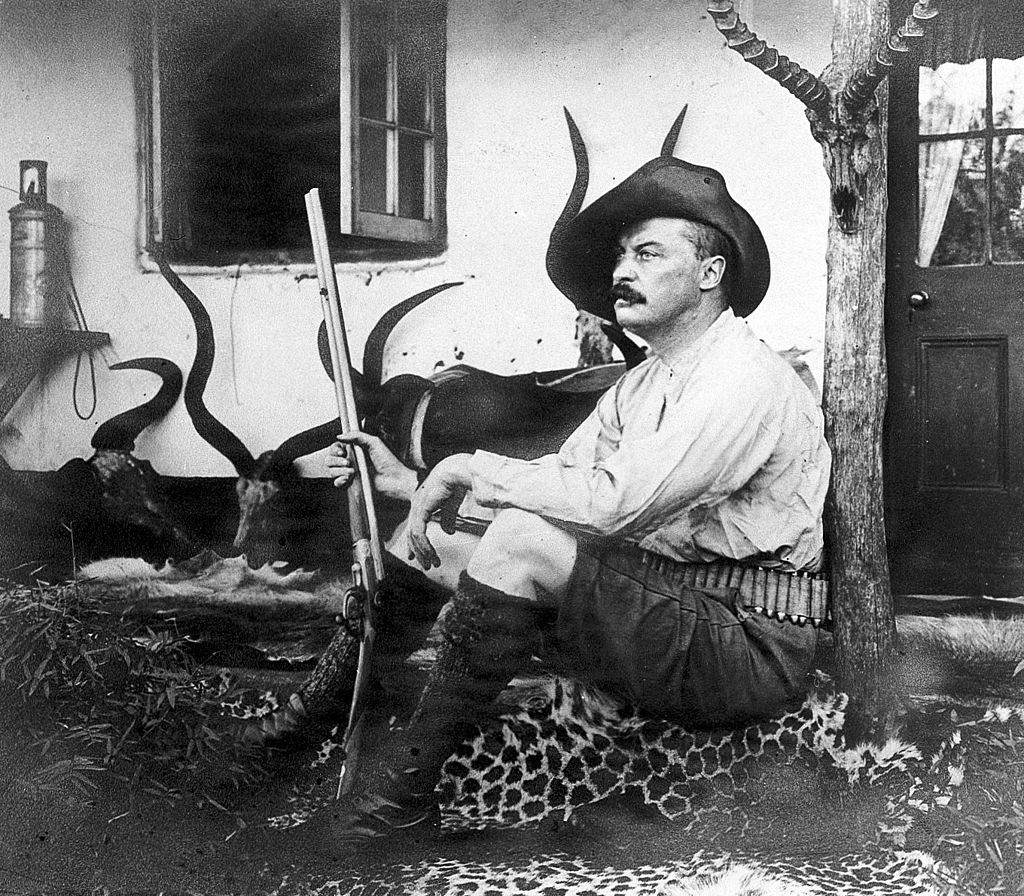 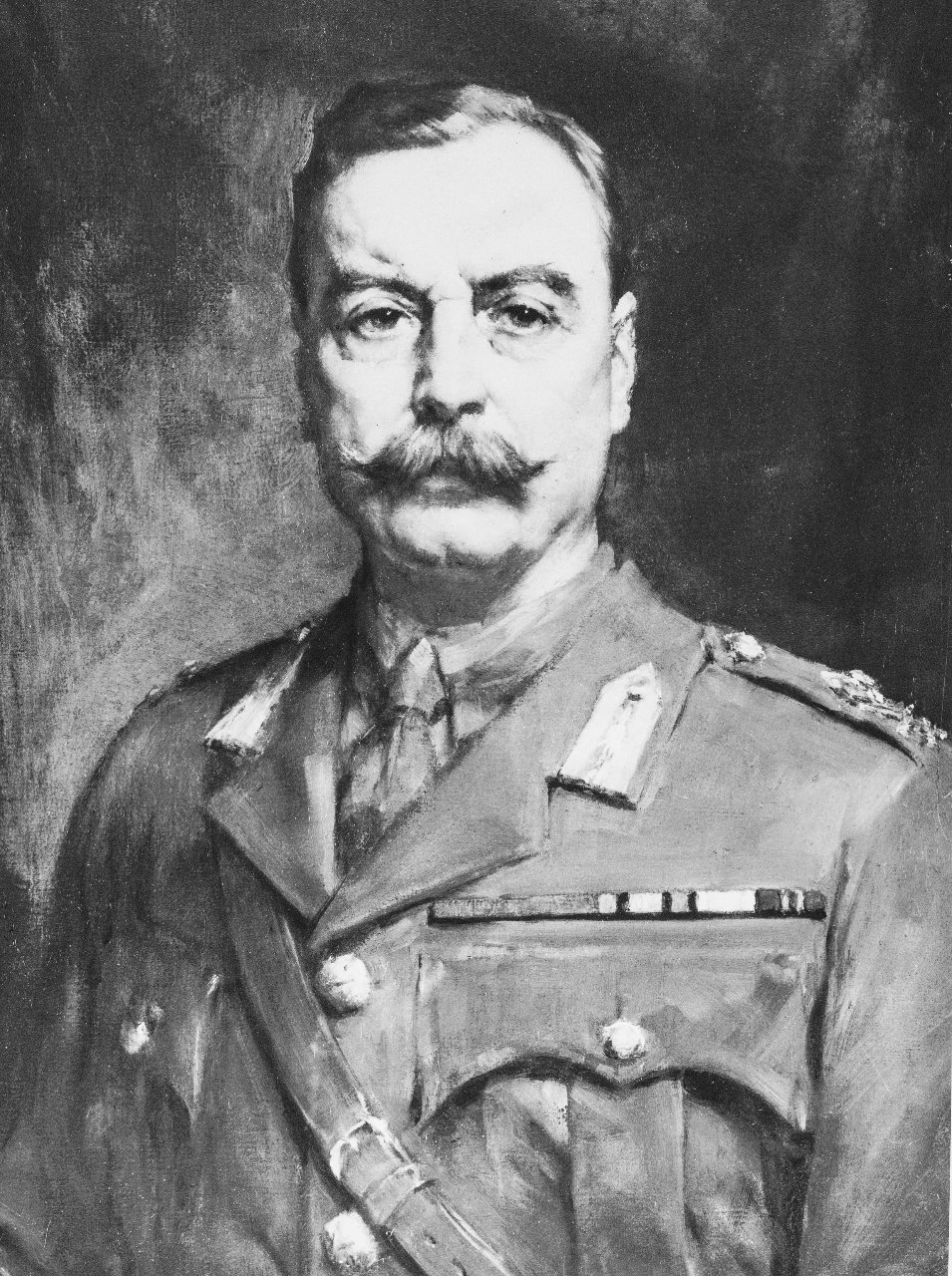 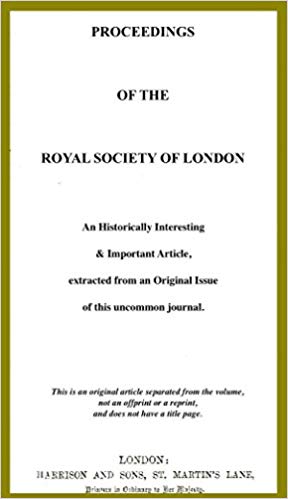 Quotations: "We are all children of one father. The advance of knowledge in the causation and prevention of disease is not for the benefits of any one country, but for all - for the lonely African native, deserted by his tribe, dying in the jungle of sleeping sickness, or the Indian or Chinese coolie dying miserably of beriberi, just as much as the citizens of our towns."

"It must no longer be said that the man was so sick that he had to send for the doctor. The medical practitioner of the future must examine the man while he is apparently well, to detect any incipient departure from normal and to teach and urge modes of living comfortable to the laws of personal health, and the public health authorities that man's environment is in accordance with scientific teaching."

David Bruce was abrupt in manner, had blunt speech and egotistical personality; but his great energies and talents were dedicated to mankind’s health and welfare. On his deathbed, Bruce requested that his wife's outstanding assistance should always be emphasized in any biographical account of him.

Although Sir David was an outstanding figure, he did attract some sarcastic comments from Harvey Cushing in his book 'From a surgeon’s journal concerning' the research committee on which he and Cushing served. "General Sir David Bruce sank into a divan, stretched out his highly polished boots into the middle of the room, inserted his spurs into the rug, drew his John Bull visage deep into his clothes, turtle fashion, and slept profoundly which was good for the general and also helped the meeting."

In 1883, David Bruce married Mary Elizabeth Steele, the daughter of a doctor. Although childless, their marriage was singularly fortunate, for Mary Bruce proved an indispensable helpmate - domestically, socially, and scientifically.