(Negotiation is an integral and pragmatic tool. Churchman ...)

Negotiation is an integral and pragmatic tool. Churchman provides a concise and practical guide to negotiation as it actually occurs. He outlines and defines key terms and concepts behind negotiation tactics that have proven effective throughout history thereby providing a clear introduction for the novice, while also offering an organized framework for the experienced. 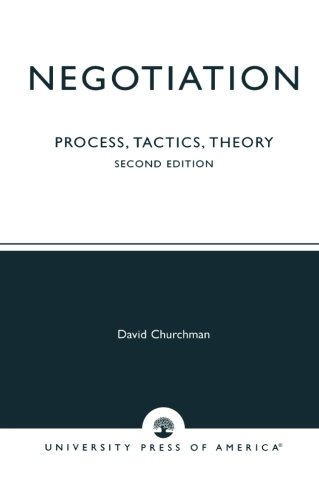