Other photo of Donald Rumsfeld

Known and Unknown: A Memoir

Visit www.rumsfeld.com for more. Discover the enhanced e-book edition of Known and Unknown offering an unprecedented reading experience for a memoir by a major public figure. For web-connected readers, it features more than 500 links to never-before-available original documents from Donald Rumsfeld's extensive personal archive. It includes State Department cables, correspondence, and memoranda on topics such as Vietnam, Watergate, the days following 9/11, the wars in Iraq and Afghanistan, and much more. Available in ePub and Adobe Reader. Like Donald Rumsfeld, Known and Unknown pulls no punches. With the same directness that defined his career in public service, Rumsfeld's memoir is filled with previously undisclosed details and insights about the Bush administration, 9/11, and the wars in Afghanistan and Iraq. It also features Rumsfeld's unique and often surprising observations on eight decades of history: his experiences growing up during the Depression and World War II, his time as a Naval aviator; his service in Congress starting at age 30; his cabinet level positions in the Nixon and Ford White Houses; his assignments in the Reagan administration; and his years as a successful business executive in the private sector. Rumsfeld addresses the challenges and controversies of his illustrious career, from the unseating of the entrenched House Republican leader in 1965, to helping the Ford administration steer the country away from Watergate and Vietnam, to bruising battles over transforming the military for the 21st century, to the war in Iraq, to confronting abuse at Abu Ghraib and allegations of torture at Guantanamo Bay. Along the way, he offers his plainspoken, first-hand views and often humorous and surprising anecdotes about some of the world's best known figures, from Margaret Thatcher to Saddam Hussein, from Henry Kissinger to Colin Powell, from Elvis Presley to Dick Cheney, and each American president from Dwight D. Eisenhower to George W. Bush. Rumsfeld relies not only on his memory but also on previously unreleased and recently declassified documents. Thousands of pages of documents not yet seen by the public will be made available on an accompanying website. Known and Unknown delivers both a fascinating narrative for today's readers and an unprecedented resource for tomorrow's historians. Proceeds from the sales of Known and Unknown will go to the veterans charities supported by the Rumsfeld Foundation.

(Known and Unknown: A Memoir... Few Americans have spent m...)

Known and Unknown: A Memoir... Few Americans have spent more time near the center of power than Donald Rumsfeld. Now he has written an unflinching memoir of his half-century career, sharing previously undisclosed details that will fascinate readers and force historians to rethink many controversies.

(KNOWN AND UNKNOWN)Known and Unknown: A Memoir BY Rumsfeld, Donald[Author]Compact Disc

This book draw meterials form dairy, recordings of Rumsfeld, and confidential files of the government he has been exposed to. Rumsfeld talks bluntly about his own opinion on politicians in America and the world. He also makes public for the first time the decision-making process of the presidents cabinet, and working details in the Pentagon.

Known and Unknown: A Memoir by Donald Rumsfeld (15-Feb-2011) Hardcover 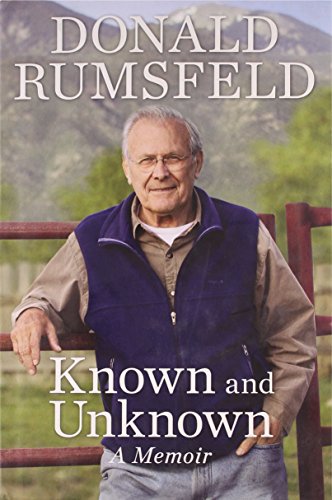 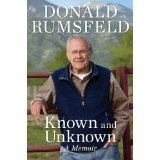 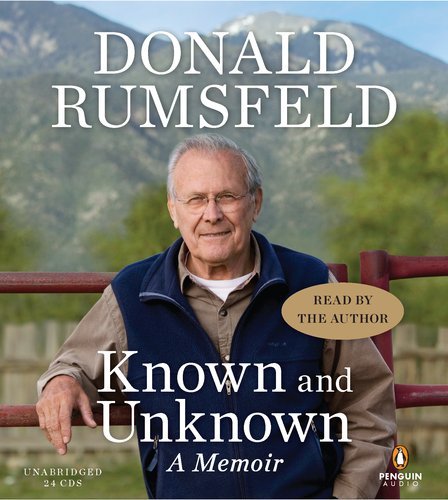 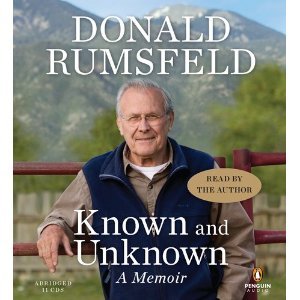 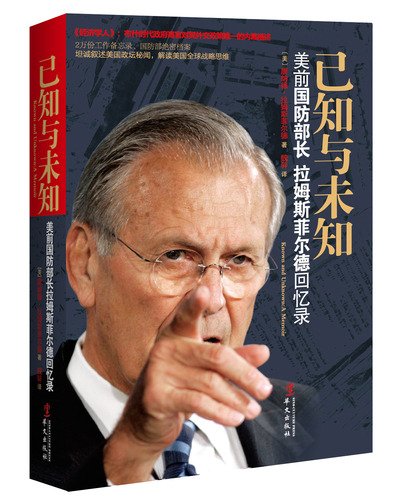 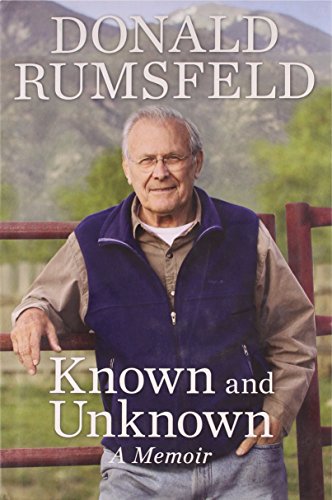 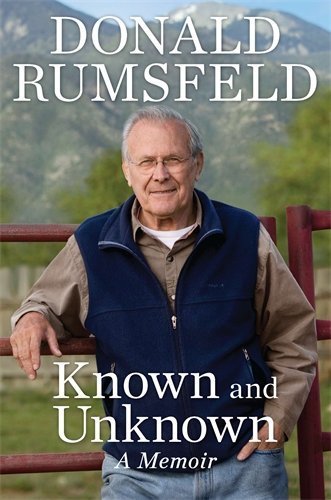 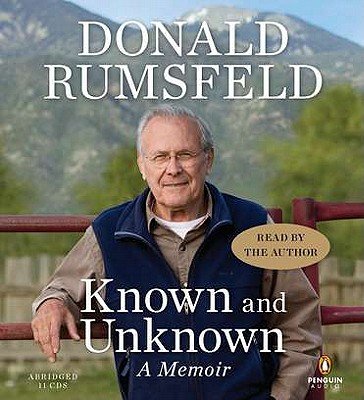 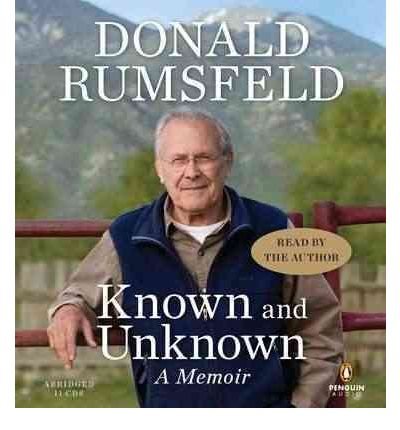 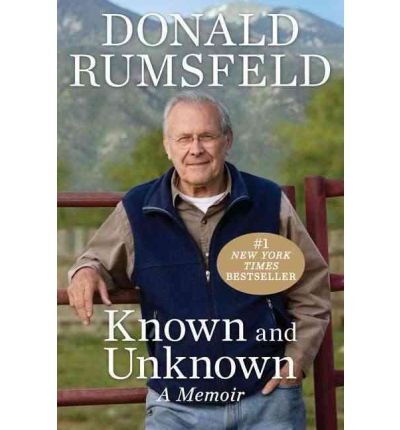 Board of directors Sears Roebuck and Company, Kellogg Company, Rand-Corporation.