Aging persons in the community of faith: A guidebook for churches and synagogues on ministry to, for, and with the aging

(Published for the Institute on Religion and Aging by the ...)

Published for the Institute on Religion and Aging by the Indiana Commission on the Aging and Aged, this guidebook describes the needs of the aging, and addresses community and congregational roles and involvement with the aging. 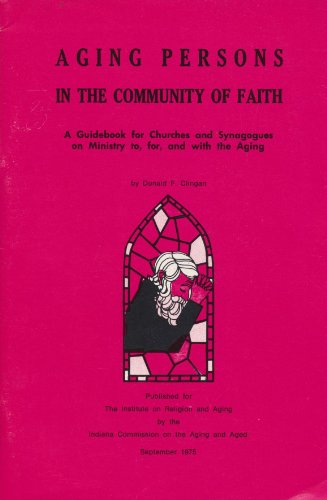