Peirce and Theology: Essays in the Authentication of Doctrine

(The author of this study invokes Peirce's logic in order ...)

The author of this study invokes Peirce's logic in order to clarify the operational procedures of dialectic, foundational, and doctrinal theology. He argues that Peirce's theory of the normative sciences casts light on three forms of conversion: affective, intellectual, and moral conversion. From a normative account of the dynamics of five forms of conversion, he derives specific criteria for authenticating and calling into question both doctrinal statements about the content of religious faith and different theories of theological method. The third and final chapter tests the adequacy of the suggested criteria by applying them to the symbolic Christology of Roger Haight.

The Firstborn of Many: A Christology for Converting Christians. Special 3 volume set

Varieties of Transcendental Experience: A Study in Constructive Postmodernism (Theology)

The Gracing of Human Experience: Rethinking the Relationship between Nature and Grace

(The Gracing of Human Experience explores the different wa...)

The Gracing of Human Experience explores the different ways Christian thinkers have understood humanity in its relationship to divine grace and identifies the misconceptions which have in the past skewed the theological understanding of that relationship. Building on his earlier work Varieties of Transcendental Experience: A Study in Constructive Postmodernism, Donald L. Gelpi, S.J., shows in The Gracing of Human Experience how to enlarge on the thought of Charles Sanders Peirce in order to formulate a metaphysics of experience. Gelpi implements the strategy suggested in the final chapter of Varieties of Transcendental Experience for regrounding theological thinking in a development of Peirce's semeiotic realism. He establishes a fruitful dialogue between dialectical and foundational thinking in developing a theological doctrine of supernatural grace. The Gracing of Human Experience is divided into three parts. Part one compares and contrasts twelve major frames of reference for examining the relationship between nature and grace. Part two argues that the philosophy of Charles Sanders Peirce avoided the misconceptions which skewed the understanding of that relationship, providing a new frame of reference for rethinking the theology of grace. Part two also shows how the insights of other American philosophers have revealed undeveloped aspects of Peirce's thought. Gelpi discusses Josiah Royce's absolute pragmatism and John Dewey's instrumentalism. He then argues that the social psychology of George Herbert Mead offers a psychology better matched with Peirce's thought than the individualism of William James, and that the sociology of knowledge developed by Peter Berger and Thomas Luckman builds constructively on Mead's insights. In Part three, Gelpi proposes a metaphysics of experience derived from his philosophical analysis. That metaphysics draws on the dialectical analysis of the American pragmatic tradition undertaken in Part two. Gelpi then develops an understanding of supernatural grace as the transmutation and transvaluation of human experience. The term "transmutation" describes change conceived on a model in which the introduction of a new element into an experience requires re-adjusting all the other elements which make up that experience. "Transvaluation" indicates the kind of transmutation of human evaluative responses which occurs when one's frame of reference for understanding reality is shifted. Finally, Gelpi describes how justifying faith provides a graced frame of reference for re-evaluating every other dimension of human experience. Chapters under Part one: On Misconceiving the Human are "Essentialistic and Dualistic Misconceptions of the Human," "The Extremes of Optimism and of Pessimism," and "The Woes of Nominalism and Rationalism." Chapters under Part two: The Unity of Peircean Pragmatic Experience are "Charles Peirce's Argument with the Philosophers," "Amplifying Peirce: Josiah Royce," "Amplifying Peirce: John Dewey," and "Pragmatism, Psychology, and the Sociology of Knowledge." Chapters under Part three:The Experience of Divine Grace are "A Metaphysics of Experience," and "Experiencing the Supernatural."

Gelpi, Donald Louis was born on May 30, 1934 in New Orleans. Son of Albert Joseph Gelpi and Alice Marie Delaup. 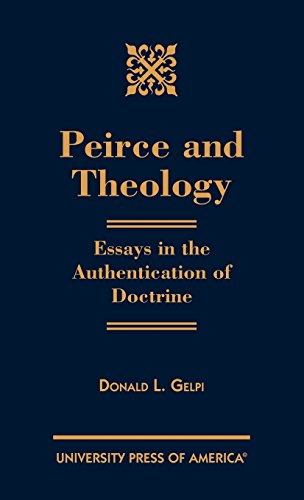 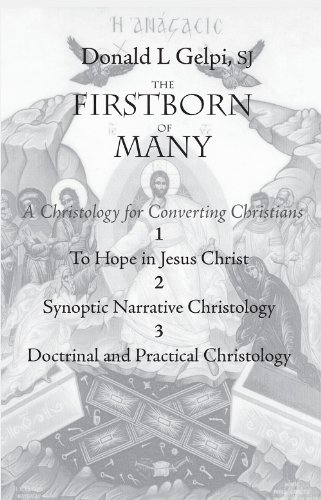 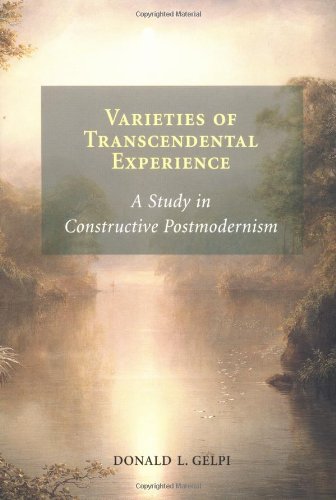 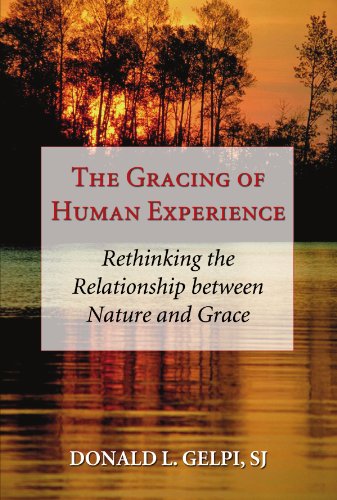