The Mark of the Scots: Their Astonishing Contributions to History, Science, Democracy, Literature, and the Arts

( Here is an entertaining celebration of the achievements...)

Here is an entertaining celebration of the achievements of people of Scottish descent. Scottish accomplishments throughout history in every field of endeavorfrom science to the arts to politics to explorationrival those of the largest ethnic groups. Even though fewer than one half of one percent of the people of the world can claim Scottish ancestry, Scots have certainly made their mark: almost eleven percent of all the Nobel Prizes ever awarded have involved Scots and their descendants, and more than seventy-five percent of all American presidents have had Scottish ancestors. Famous world figures of Scottish descent include people as diverse as Elizabeth Taylor and John D. Rockerfeller; Edvard Grieg and Winston Churchill; Sir Laurence Olivier and Immanuel Kant; Charles de Gaulle and Walt Disney. And many of the world’s most important inventions and scientific discoveries, including television, the telephone, penicillin, and electric lighting, were created by the Scots and their descendants. The Mark of the Scots contains thousands of facts and is fully annotated. It is the most comprehensive and readable book ever written on the subject and well deserves a place on the shelves of genealogists and every native or overseas Scot.

The Great Scot: A Novel of Robert the Bruce, Scotland's Legendary Warrior King

( Robert the Bruce was Scotland's greatest King ever. The...)

Robert the Bruce was Scotland's greatest King ever. The Bruce, as he was known, was crowned King of Scots in 1306, a time when the ancient kingdom of Scotland was under harsh and illegal English occupation. As soon as King Robert began his reign, his army was treacherously attack at Methven, resulting in a calamitous defeat for the Scots which forced the Bruce into hiding. Yet, steadily between 1307 and 1313 King Robert won battle after battle. shunning pitched medieval clashes, and fighting as a guerilla force, a form of warfare which he, perhaps, invented. The war peaked in 1314 when the Bruce faced a formidable English invasion. With brilliant tactics and resolute bravery the vastly outnumbered Scots defeated and routed the knights, archers, and foot soldiers of mighty England at the Battle of Bannockburn. And that's only the first part of this epic tale of the Bruce's long and event-filled life. The Great Scot is a novel filled with valor, treachery, passionate love, journeys great and small, and people of every rank and situation-all from the pages of Scottish history.

The Scottish 100: Portraits of History's Most Influential Scots

The Mark of the Scots: Their Astonishing Contributions to History, Science, Democracy, Literature, andthe Arts

(While relatively small in number, the Scots have certainl...)

While relatively small in number, the Scots have certainly made their mark on the world: 70% of all American presidents have had Scottish ancestry, 11% of all Nobel Prizes ever awarded have involved Scots and their descendants, and at least half of the men who walked on the men were descended from Scots. Here is the first-ever celebration of all things--and all people--of Scottish descent. photos.

The Mark of the Scots: Their Astonishing Contributions to History, Science, Democracy, Literature Paperback - October 1, 2000

Bachelor of Science in Economics, University of Pennsylvania, 1954. 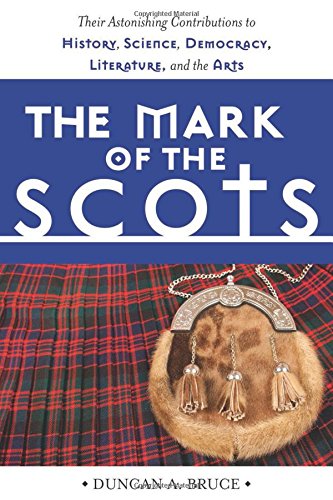 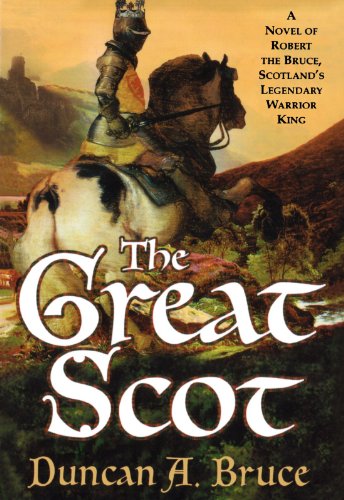 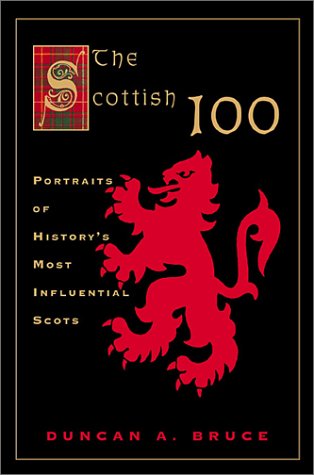 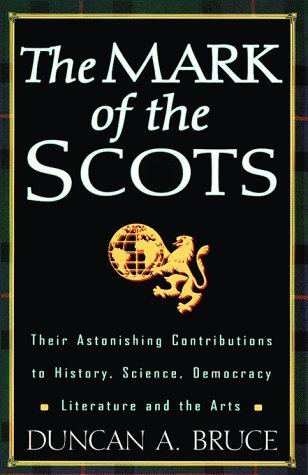