White as he appears in Harper's Magazine in 1910.

Portrait from the Collection of the Supreme Court of the United States (Artist Albert Rosenthal).

Edward White as a U.S. Senator.

White as he appears in Harper's Magazine in 1910.

Portrait from the Collection of the Supreme Court of the United States (Artist Albert Rosenthal).

Edward White as a U.S. Senator.

Sprung from a family of judges and politicians, Mr. White was born on November 3, 1845, on a plantation of 1,600 acres six miles north of Thibodaux, Louisiana, United States. His grandfather, Dr. James White, was a physician, lawyer, politician, and U.S. federal judge. The other grandfather, Tench Ringgold, was the United States marshal of the District of Columbia. His father, Edward Douglass White Sr., in turn, had been a judge for the New Orleans City Court, a congressman, and, eventually, governor of Louisiana. His mother was Catherine Ringgold. Edward White was thus born into a family securely fastened to the law.

After attending a Jesuit school called the College of the Immaculate Conception in New Orleans and then preparatory school at Mount St. Mary’s College (later Mount St. Mary's University) in Maryland, Edward White was admitted to Georgetown College in the fall of 1857. After the American Civil War, he returned to academic work and studied law at the University of Louisiana (now Tulane University) in New Orleans. 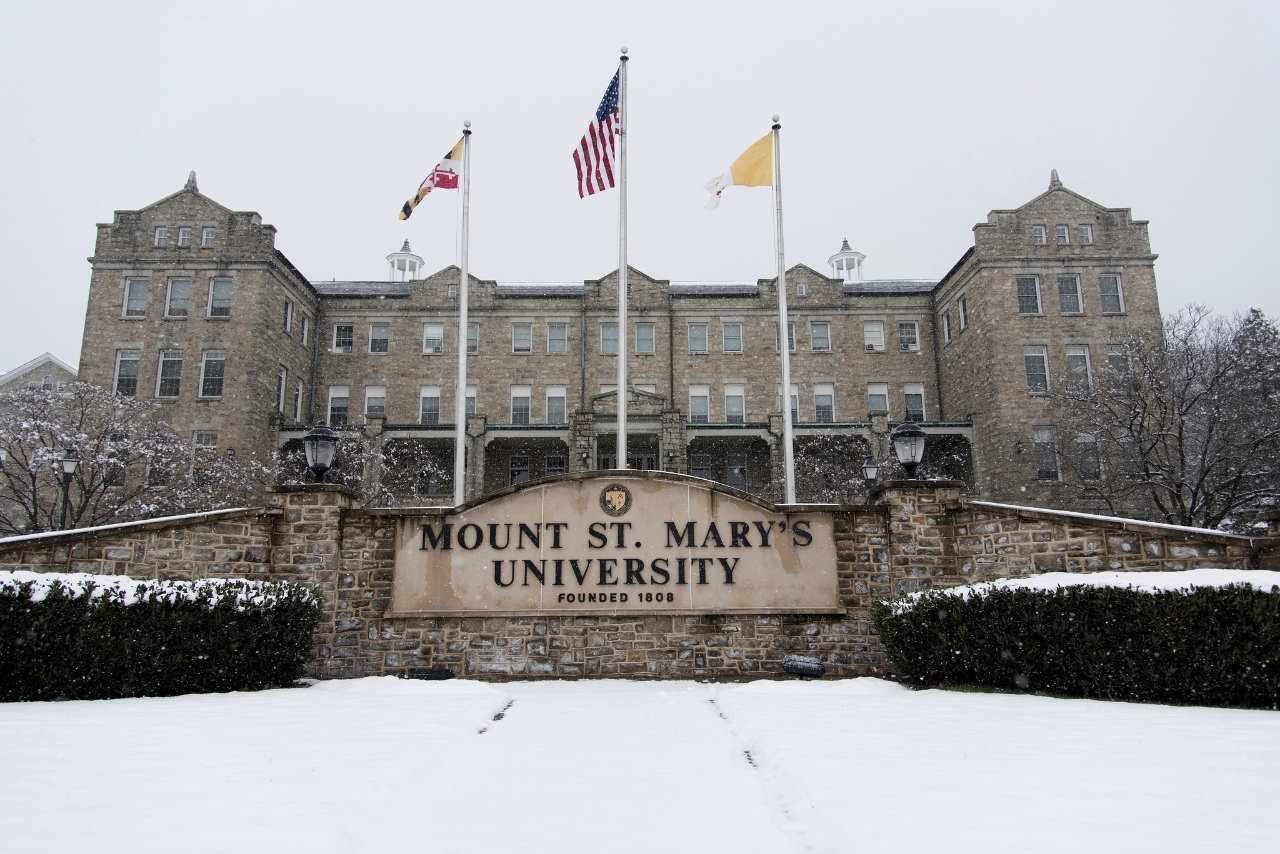 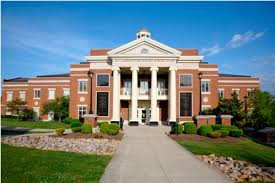 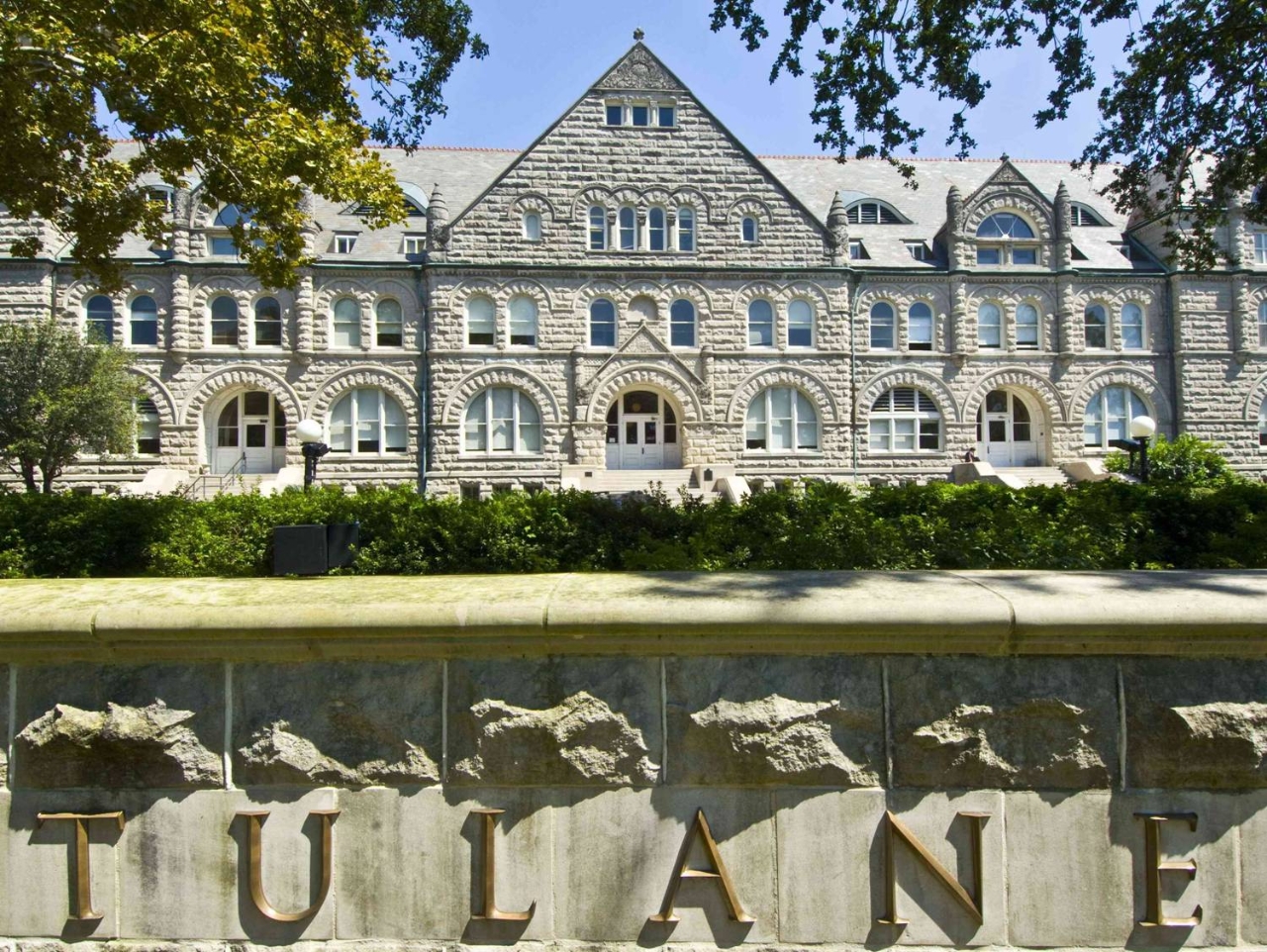 The Civil War eventually intruded on Mr. White’s educational career at Georgetown, sending him home to Louisiana, where he soon enlisted to fight on behalf of the South. The Rebel cause, though, frustrated whatever dreams of battle glory the young Louisianan may have secretly harbored. The 16-year-old Edward White found himself assigned to the staff of General W. N. R. Beal, commander of the defense of Port Hudson, Louisiana. Thereafter, in the summer of 1863, Mr. White was trapped in Port Hudson along with thousands of other Rebel soldiers who endured the siege of General Nathaniel Banks. Eventually the Southern forces surrendered in July 1863, and Edward White found himself prematurely evicted from the war. After being detained as a prisoner of war for several months, he was paroled and made his way home, weakened and ill, to Thibodaux, where he watched the grim conclusion of the war from the sidelines.

After the war, Edward White promptly resumed his life’s course by undertaking to study law with Edward Bermudez, a noted New Orleans attorney. After three years he passed the Louisiana bar in 1868 and began to practice law. While Mr. White struggled to forge a legal career in New Orleans, he also plunged into the turbulent politics of the time, denouncing carpetbaggers and Reconstruction and working to restore the power of the Democratic party. He subsequently won election to the state senate in 1874. Three years later the Compromise of 1877, which secured the disputed U.S. presidency for the Republican Rutherford B. Hayes in exchange for the removal of federal troops from the South, spelled the end of Reconstruction. Democrats swept back into power in Louisiana, and newly elected Governor Francis R. T. Nichols rewarded White’s previous vigorous support by appointing him to the Louisiana Supreme Court in 1878. At the age of 33, Edward White had become an associate justice on his state’s highest court. But his judicial career there was soon truncated before it had scarcely begun. In 1880 Democrats hostile to the administration of Governor Nichols seized power in the state and promptly evicted Mr. White from his office by amending the Louisiana constitution to prevent men of his youth from holding the position.

For most of the next decade, Edward White suffered exile from political life and busied himself instead with legal practice and a variety of civic endeavors, including the establishment of Tulane University in 1884. But toward the end of the 1880s, he returned to the aid of his old mentor, ex-governor Francis Nichols, and assisted Mr. Nichols in recapturing the governorship of Louisiana. Mr. Nichols, for his part, rewarded Edward White again, this time by persuading the Louisiana legislature to appoint White a U.S. senator in 1891.

After the death of Samuel Blatchford in the summer of 1893, the president’s attempt to find a replacement for Mr. Blatchford encountered more than a little political turbulence, owing chiefly to his estrangement from New York’s elder senator, David B. Hill. Cleveland tried to fill the vacancy on the Court with a New Yorker at first, since Samuel Blatchford had been from that state, but Mr. Hill and his fellow New York senator managed to block the nominations of the two New York lawyers nominated by the president: William Hornblower and Wheeler Peckham, brother of future Supreme Court Justice Rufus Wheeler Peckham, Jr. Frustrated with these two rebuffs, President Cleveland decided to look outside of New York for Mr. Blatchford’s replacement. On February 19, 1894, the president summoned Senator Edward White to the White House. The Louisiana senator, expecting to be dressed down for his opposition to the president’s proposed tariff reforms, found himself instead nominated as an associate justice to the Supreme Court. The curious sequence of events that led to Mr. White’s nomination to the Supreme Court had a further, unusual coda.

Quite popular in the Senate, Mr. White easily won confirmation to the Court the day after the president nominated him. But he refused for a time to relinquish his Senate post and accept confirmation as an associate justice. He tarried in the Senate through February and into March 1984 to champion the interests of the sugar industry in the ongoing tariff debates. Only after the passage of the highly protectionist Wilson-German Tariff Act did Edward White the politician undertake his new vocation as a judge. Edward White took the oath of office and assumed his position on the high court on March 12, 1894. In fall of the same year, he also made a change fit his marital circumstances.

Edward White arrived at the Supreme Court during a historic moment when the Court increasingly served as a conservative bulwark against a rising tide of political progressivism. His career on the Court fit comfortably within its dominant conservativism, though this career was punctuated from time to time with somewhat erratic departures from the general mold. The Court during this period generally protected business and property interests from state and federal regulatory measures, most famously in Pollock v. Farmers’ Loan & Trust Co. (1895), which declared tire federal income tax unconstitutional, and Lochner v. New York (1905), which held unconstitutional a state law that set maximum work hours for bakers. Though generally aligned with the Court’s direction in this area, Mr. White dissented in both these landmark cases, inaugurating a pattern of seemingly inconsistent decisions that would characterize his judicial career.

After serving on the Court as an associate justice for 17 years, he was elevated to the chief seat in 1910. Chief Justice Melville Fuller died in the summer of that year, leaving to President William Howard Taft the responsibility of choosing a successor for the position he coveted for himself. "It seems strange," the president complained, "that the one place in the government which I would like to fill myself I am forced to give to another." The "other" who seemed most poised to step into Mr. Fuller’s vacant seat was Associate Justice Charles Evans Hughes, whom Taft had recently appointed to the Court with the implicit promise to make Charles Hughes chief justice when Mr. Fuller died. But his unexpected death only a few months later put the president in a quandary. Charles Hughes was a relatively young man at 48 years old. If President Taft made Mr. Hughes chief justice, then when William Taft left the presidency there was little chance that he would ever obtain an appointment to the chief seat himself. In light of these calculations, the 65-year-old Justice White seemed not likely to serve on the Court nearly as long as Mr. Hughes might be expected to serve. Thus, by elevating Mr. White to the chief justiceship of the Court, William Taft increased the likelihood of there being a vacancy in this position at a later date when he might be in a position to claim it. Whatever his reasoning, the president appointed Edward White chief justice on December 12, 1910, and the Senate confirmed the appointment the same day.

Mr. White piloted the Supreme Court through the decade that ended with the First World War. By the close of that war, he was in his mid-70s and suffering from cataracts that made it increasingly difficult for him to accomplish his work as a chief justice. Former President William Howard Taft now hovered anxiously in the wings, hoping for an appointment to the Court’s chief seat and campaigning for Edward White to relinquish it. But the chief justice held on until the spring of 1921, when he underwent bladder surgery from which he failed to recover. 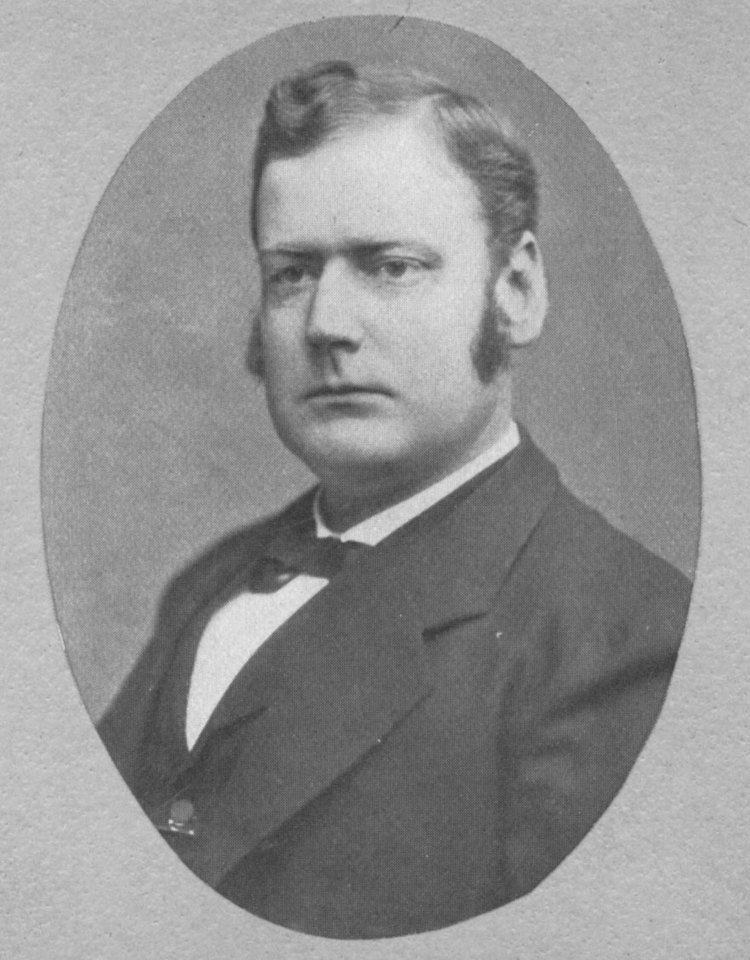 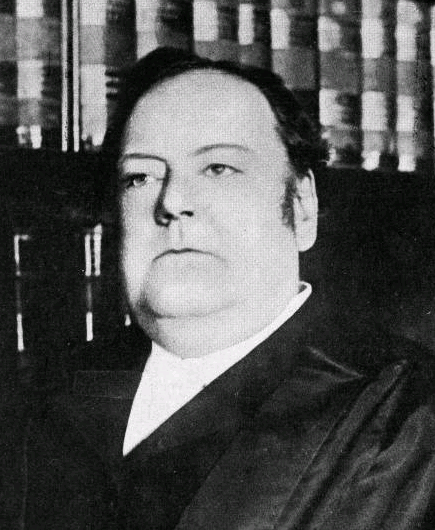 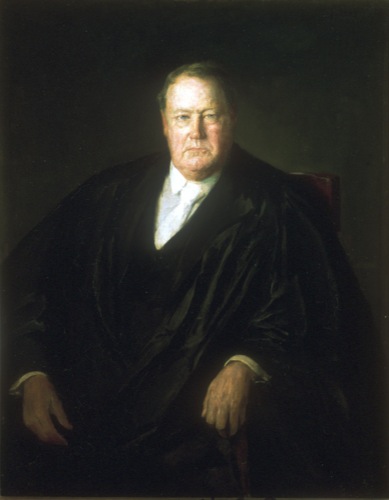 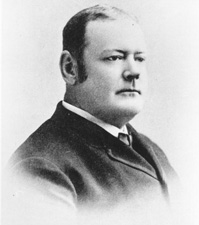 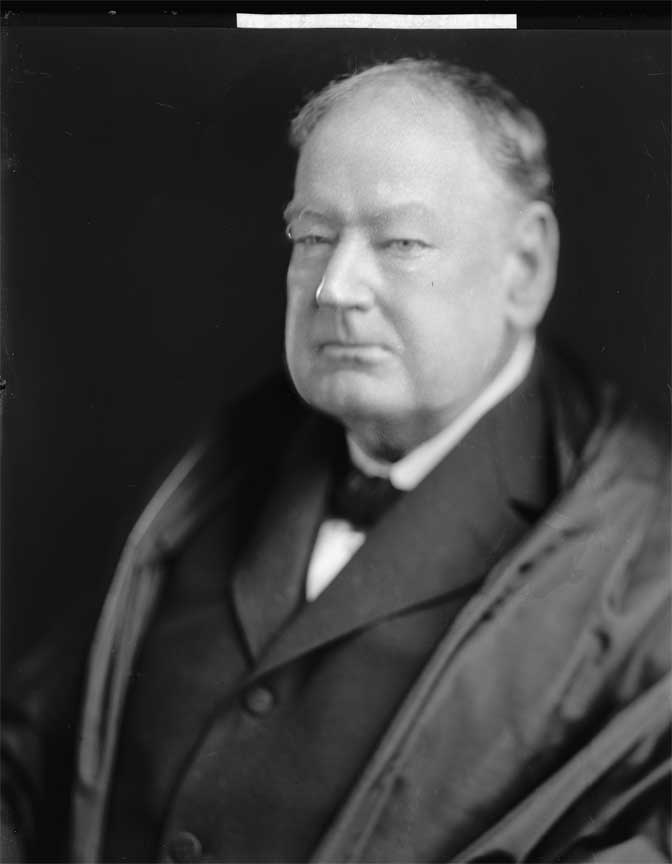 Mr. White was a devout Roman Catholic his entire life.

In the Senate, Mr. White warned against federal attempts to regulate business and, not entirely consistently, championed high tariffs to protect Louisiana’s sugar industry - of which his Thibodaux plantation was a part - and federal subsidies for that industry. Though generally on favorable terms with President Grover Cleveland, he opposed the president’s attempt in 1893 to reduce tariffs.

Quotations: "The only purpose which an elaborate dissent can accomplish, if any, is to weaken the effect of the opinion of the majority, and thus engender want of confidence in the conclusions of courts of last resort."

Edward White was a member of the Philodemic Society.

For years Mr. White had courted Leita Montgomery Kent and had been decisively rejected in his amorous overtures - so decisively, in fact, that she had married another man. But finally, after the death of her first husband, Virginia accepted Edward White’s marriage proposal, and their wedding took place on November 6, 1894, in New York.