Still Standing?: Looking Back at Reconstruction and Disaster Risk Reduction in Housing

Directed by Robert Wise. With Julie Andrews, Christopher Plummer, Eleanor Parker, Richard Haydn. A woman leaves an Austrian convent to become a governess to the children of a Naval officer widower.

Directed by John Cromwell. With Eleanor Parker, Agnes Moorehead, Ellen Corby, Hope Emerson. A naive nineteen year old widow becomes coarsened and cynical when she is sent to a woman's prison and is exposed to hardened criminals and sadistic guards.

Eleanor Jean Parker was an American actress who appeared in some 80 movies and television series. An actress of notable versatility, she was called Woman of a Thousand Faces by Doug McClelland, author of a biography of Parker by the same title.

Parker was born on June 26, 1922, in Cedarville, Ohio, the daughter of Lola (Isett) and Lester Day Parker.

She moved with her family to East Cleveland, Ohio, where she attended public schools and graduated from Shaw High School. "Ever since I can remember all I wanted to do is act," she said. "But I didn't just dream about it, I worked at it."

She appeared in a number of school plays. After graduation she went to Martha's Vineyard to work on her acting. She got a job as a waitress and was offered a screen test by 20th Century Fox but turned it down. Wanting to focus on films, she moved to California and started appearing at the Pasadena Playhouse.

She was in the audience one night at Pasadena Playhouse when spotted by a Warners Bros talent scout, Irving Kumin. He offered her a test and she accepted; the studio signed her to a long-term contract in June 1941.

She was cast that year in the film They Died with Their Boots On, but her scenes were cut. Her actual film debut was as Nurse Ryan in Soldiers in White in 1942.

She was given some decent roles in B films, Busses Roar (1942) and The Mysterious Doctor (1943), and had a small role in an expensive production, Mission to Moscow (1943) as Emlen Davies. This impressed Warners enough so when Joan Leslie was held up on Rhapsody in Blue, Parker replaced her in a strong role in a prestige production, Between Two Worlds (1944), playing the suicidal wife of Paul Henreid's character.

She stayed in support roles for Crime by Night (1944) and The Last Ride (1944), then was given the starring role opposite Dennis Morgan in The Very Thought of You (1944), replacing Ida Lupino. She was considered enough of a "name" to be given a cameo in Hollywood Canteen (1944). Warners gave her the choice role of Mildred Rogers in a new version of Somerset Maugham's Of Human Bondage (1946); although director Edmund Goulding called Parker one of the five greatest actresses in America, previews were not favourable and the film sat on the shelf for two years before being released to an underwhelming reception. However in 1953, she called it her favourite role.

Parker later said the "big break" of her career was when she was cast opposite John Garfield in Pride of the Marines (1945). "It was a great part and who wouldn't look good with John Garfield," she later said. "He was absolutely wonderful." However two films that followed with Errol Flynn, the romantic comedy Never Say Goodbye (1946) and the drama Escape Me Never (1947), were box office disappointments.

Parker was suspended twice by Warners for refusing parts in films – in Stallion Road, where she was replaced by Alexis Smith and Love and Learn.

She made the comedy Voice of the Turtle (1947) with Ronald Reagan and was in an adaptation of The Woman in White (1948). She refused to appear in Somewhere in the City (1948) so Warners suspended her again; Virginia Mayo played the role.

Parker then had two years off, during which time she married and had a baby. She turned down a role in The Hasty Heart (1949) which she wanted to do, but it would have meant going to England and she did not want to leave her baby alone during its first year. "I probably received my salary for only six months during 1947 and 1948 but I can't regret that," she said. "All my life I wanted a child and anything that might happen to me professionally on that account would hardly seem a loss."

She returned in Chain Lightning with Humphrey Bogart. "I've had my fling at roles that have little or no relation to most people's lives," she said in a 1949 interview. "I want to keep away from such assignments as I can from now on even though, as some may say, they mean exercising your skill and talent in acting."

Parker broke the champagne bottle on the nose of the California Zephyr train, to mark its inaugural journey from San Francisco on March 19, 1949.

Parker heard about a women in prison film Warners were making, Caged (1950), and actively lobbied the role. She got it, and won the 1950 Volpi Cup for Best Actress at the Venice Film Festival and was nominated for an Academy Award. She also had a good role in the melodrama Three Secrets (1950).

In February 1950, Parker left Warner Bros. after having been under contract there for eight years. Parker had understood that she would star in a film called Safe Harbor, but Warner Bros. apparently had no intention of making it. Because of this misunderstanding, her agents negotiated her release.

Parker's career outside of Warners started badly with Valentino (1951) playing a fictionalised wife of Rudolph Valentino for producer Edward Small. She tried a comedy at 20th Century Fox with Fred MacMurray, A Millionaire for Christy (1951) (originally called The Golden Goose).

In 1951, Parker signed a contract with Paramount for one film a year, with an option for outside films. This arrangement began brilliantly with Detective Story (1951) for director William Wyler, playing Mary McLeod, the woman who doesn't understand the position of her unstable detective husband (played by Kirk Douglas); Parker was nominated for the Oscar in 1951 for her performance.

Parker supported Frank Sinatra in a popular comedy, A Hole in the Head (1959). She returned to MGM for Home from the Hill (1960), co-starring with Robert Mitchum, then took over Lana Turner's role of Constance Rossi in Return to Peyton Place, a 1961 sequel to the hit 1957 film. That was made by 20th Century Fox who also produced Madison Avenue (1961) with Parker.

In 1960, she made her TV debut. "I look for the quality story and for parts that I think will be good or fun. People told me I was crazy to do Hole in the Head and Home from the Hill but both those pictures appealed to me. I did enough of the bad ones (films) while I was under contract - because I was being told to do them. That's the problem with being under contract. You do the pictures or be suspended. Now I don't want to work unless I have faith in the part. This has nothing to do with wanting to be famous or anything like that. It's just that I love acting."

In the early 1960s, she worked increasingly in television, with the occasional film role such as Panic Button (1964).

Parker's best-known screen role was playing the Baroness Schraeder in the 1965 Oscar-winning musical The Sound of Music. The Baroness was famously and poignantly unsuccessful in keeping the affections of Georg von Trapp (played by Christopher Plummer) after he falls in love with Maria (played by Julie Andrews).

In 1966, she played an alcoholic widow in the crime drama Warning Shot, a talent scout who discovers a Hollywood star in The Oscar, and a rich alcoholic in An American Dream. From the late 1960s, television would occupy more of her energies. 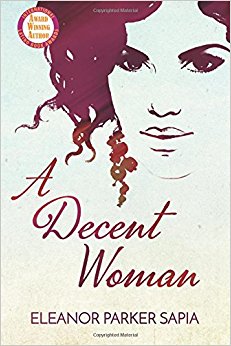 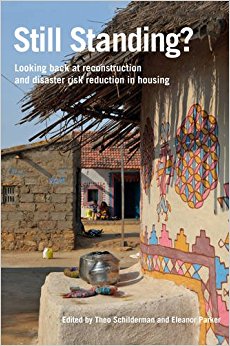 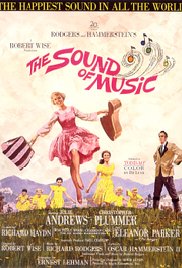 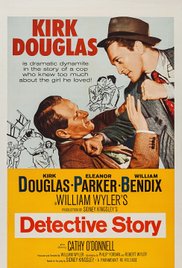 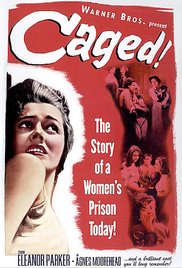 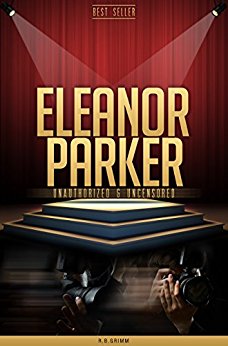 Parker was raised a Protestant and later converted to Judaism, telling the New York Daily News columnist Kay Gardella in August 1969, "I think we're all Jews at heart ... I wanted to convert for a long time." She later embraced Messianic Judaism and was a supporter of Messianic Jewish philosopher, teacher, and commentator Roy Masters, owner of the Foundation of Human Understanding in Grants Pass, Oregon. In 1978, she wrote the foreword to Roy's book, How Your Mind Can Keep You Well.

She was the grandmother of one-time child actor Chase Parker.