A Short History of the World

(A superb history of the world's people during the last fo...)

A superb history of the world's people during the last four million years, beginning before the human race moved out of Africa to explore and settle the other continents. Mr. Blainey explores the development of technology and skills, the rise of major religions, and the role of geography, considering both the larger patterns and the individual nature of history. A delightful read, gracefully written, and full of odd and interesting pieces of information as well as thoughtful comparisons that span both time and space. ―William L. O'Neill

A Very Short History of the World

A Very Short History of the World is the story of the world's people during the last four million years. It begins before human beings moved out of Africa to explore and settle the other continents. It is a story of the inhabited world being pulled apart, and of it coming together again in recent centuries. Blainey recreates human experience in its astoundingly varied forms, describing human life at both its grandest and most domestic levels: covering amazing discoveries and powerful empires, and changes in diet, daily life work and sport. In A Very Short History of the World, Blainey takes his masterful account of human history and abridges it to make a compelling and hugely accessible work of history.

(A broad, concise and inclusive vision of Australia and Au...)

A broad, concise and inclusive vision of Australia and Australians by one our most renowned historians. After a lifetime of research and debate on Australian and international history, Geoffrey Blainey is well-placed to introduce us to the people who have played a part and to guide us through the events that have created the Australian identity: the mania for spectator sport; the suspicion of the tall poppy; the rivalries of Catholic and Protestant, Sydney and Melbourne, new and old homelands and new and old allies; the conflicts of war abroad and race at home; the importance of technology; defining the outback; the rise and rise of the mining industry; the recognition of our Aboriginal past and Native Title; the successes and failures of the nation. For this enlarged edition Blainey has rewritten or expanded on various episodes and themes and updated relevant matter. He has described significant events and trends of the early-20th century. A ready-reference timeline of major events in Australian history is also included. The Shorter history of Australia is a must for every home and library.

For 2000 years, Christianity has had a varying but immense influence on world history. Who better, then, than Geoffrey Blainey, author of the best-selling Short History of the World and one of Australia's most accomplished historians, to bring us a history of this world-changing religion. A Short History of Christianity vividly describes many of the significant players in the religion's rise and fall through the ages, from Jesus himself to Francis of Assisi, Martin Luther, Francis Xavier, John Wesley and even the Beatles, who claimed to be 'more popular than Jesus'. Blainey takes us into the world of the mainstream worshippers - the housewives, the stonemasons - and traces the rise of the critics of Christ and his followers. With his characteristic curiosity and storytelling skill, Blainey considers Christianity's central place in world history. Will it remain in the centre? As Blainey observes in his eminently readable account, the story of Christianity is one of many ups and downs. 'Extraordinary.' Herald Sun 'A well-researched journey of faith through history' Courier-Mail 'Told with a deceptive simplicity that will compel {readers}.' Weekend Australian 'Irresistible . . . [Blainey] maintains an informative and enthusiastic style.' Australian Book Review

The Causes of War

(This new edition of the highly acclaimed study on the cau...)

This new edition of the highly acclaimed study on the causes of war has been expanded and updated to include a complete discussion of World War II and the road towards nuclear war. Analyzing all international wars since 1700, this widely quoted work solves the riddle of why some wars are long and some are short, and demonstrates how the outbreak of peace offers insight into the outbreak of war. Proving that war and peace are alternating phases of a relationship between rival nations, it offers a crucial, new understanding of international armed conflict.

The Tyranny of Distance: How distance shaped Australia's history by Geoffrey Blainey (1966-11-08)

(The Tyranny of Distance: How distance shaped Australia's ...) 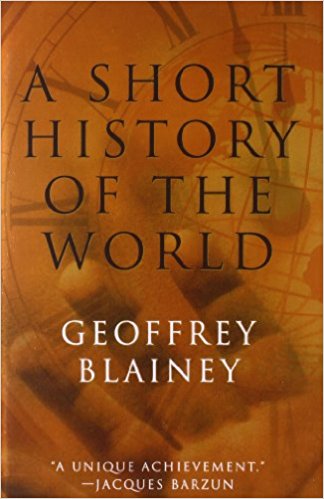 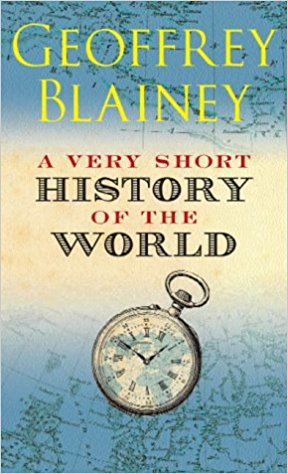 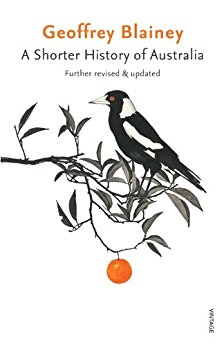 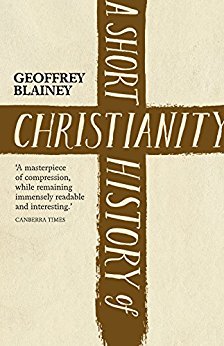 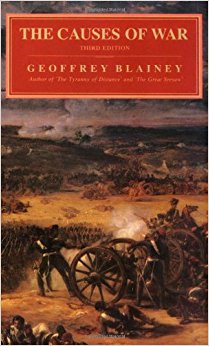 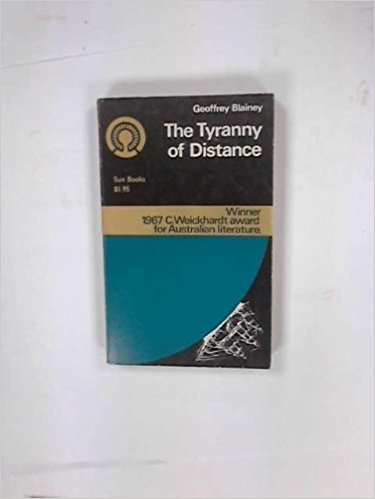