Other photo of George Milton Hornberger

Elements of Physical Hydrology by George M. Hornberger (26-May-1998) Paperback

( The science of physical hydrology centers on the physic...)

The science of physical hydrology centers on the physical principles involved in the study of the occurrence and movement of water on and beneath the earth's surface. Because of its far-reaching implications for other disciplines, physical hydrology is of interest to students in fields ranging from the environmental sciences to engineering, policy studies, and even law. In this introductory-level text the authors begin from the premise that the complexities of modern hydrology can be mastered by understanding basic physical principles of fluid movement. Focusing first on analysis at the scale of a single watershed, they then introduce the mechanics of fluids in closed conduits and open channels. They reevaluate catchment processes in light of fluid mechanics, open channel hydraulics, and groundwater flow. In a concluding chapter, they stress the importance of understanding water movement in the environment by exploring the relationship of hydrology to such disciplines as atmospheric science, ecology, and geology. Accompanying the book is a CD-ROM, which provides a Web version of the text (Netscape Navigator 2.0 or later required). Included are video demonstrations, additional content and interactive review questions, and extensive links to facilitate study and review. Instructions for using the Web version are included. Also on the CD-ROM are simulation tools to study hydrological processes (MATLAB student version 5.0 required).

( Among the many diverse aspects of environmental science...)

Among the many diverse aspects of environmental science, none is more critical to the future of society and nature than water. Understanding the role of water on Earth and making good decisions regarding water conservation and hydrological hazards depends on learning the fundamentals of physical hydrology. This textbook, now in an expanded second edition, provides the clearest opportunity for students to absorb those fundamentals. Written at an introductory level, Elements of Physical Hydrology covers virtually every aspect of this subject, including: • The hydrological cycle• Water budgets at catchment to global scales • Spatial and temporal aspects of precipitation• Evapotranspiration• Fluid dynamics and the Bernoulli equation• Laminar and turbulent flows• Open channel flow • Flood movement through reservoirs and channels • Flood frequency analysis• Groundwater flow• Aquifer characterization• Land subsidence• Soil moisture dynamics• Flow in the unsaturated zone• Hydrologic controls on vegetation • Biotic controls on hydrological processes• Runoff generation from surface and subsurface sources• Catchment models• The water-food-energy nexus• The globalization of water• Impacts of changing climate Layering one topic upon the next, Elements of Physical Hydrology succeeds in moving from simple, easy-to-grasp explanations through equations and models in a manner that will leave students new to the topic eager to apply their knowledge. Professionals in related disciplines will also find this book ideal for self-study. Thoughtfully illustrated, carefully written, and covering a broad spectrum of topics, this classic text clarifies a subject that is often misunderstood and oversimplified. 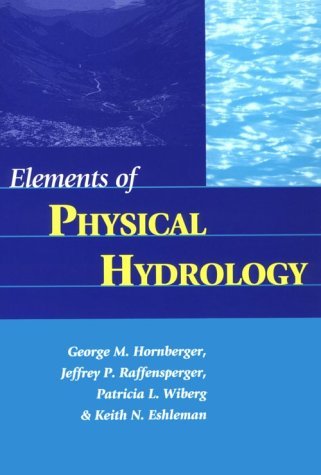 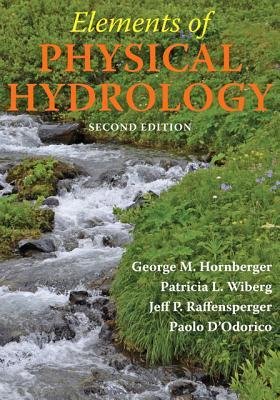 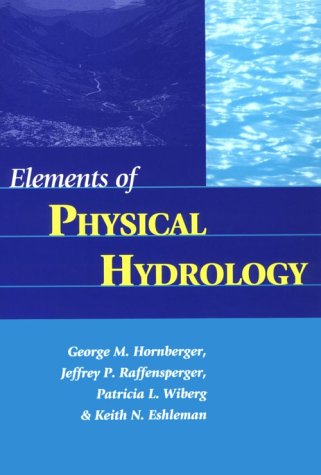 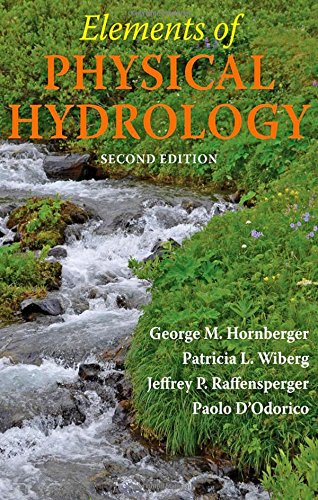