George was accepted at Columbia College, which was part of Columbia University in New York. He graduated it in 1913.

George was accepted at Columbia College, which was part of Columbia University in New York. He graduated it in 1913.

Ben Bowie And His Mountain Men

Fury the Stallion Only and Orphan Could Ride

Hawkeye and the Last of the Mohicans

George Thomas Delacorte was an American philanthropist and publisher, who was famous as a founder of Dell Publishing.

George attended Brooklyn's primary and secondary schools without much difficulty. He was accepted at Harvard when he was just sixteen years old, but found that the university was "too sedate" for his tastes. He then applied to and was accepted at Columbia College, which was part of Columbia University in New York. According to an interview he had with Roberta Walton in Columbia, he professed to taking "the easiest courses" to make sure he "wouldn't have to work so hard." He graduated it in 1913. 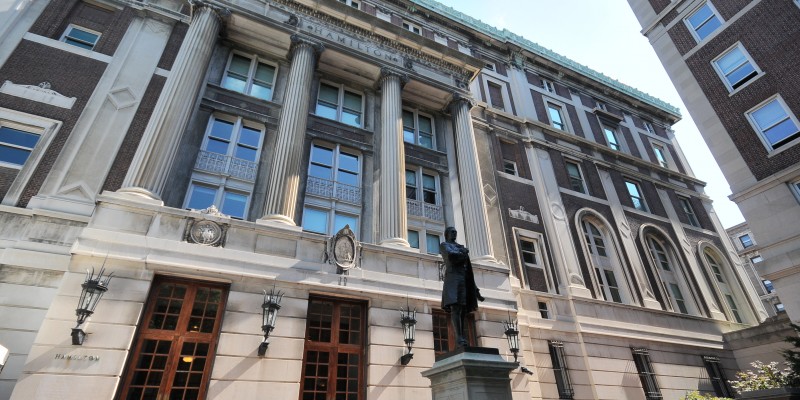 After graduation George declined Columbia's offer to teach English in favor of a job with New Fiction Publishing Company. At just nineteen years old, Delacorte was in charge of promoting the circulation of various New Fiction publications. He was ambitious and clever, gaining favor and optimal visibility for his publications by using such techniques as subversively "bribing" newsstand owners with cigars. In just two short years he was promoted to business manager and then to president of the company.

Then, in 1921, what could be called his biggest stroke of luck came along disguised as an unfortunate career calamity. New Fiction blamed Delacorte for his inability to predict and prepare for an economic recession and fired him. Fortunately, Delacorte was not a man easily devastated, and he chose to create his own opportunity out of the terminated business relationship. New Fiction had given him $15,000 to compensate for the remaining time on his contract, so Delacorte took that money, sought an experienced business partner, and started up his own publishing company. Hence, Dell Publishing Company was born.

Now responsible for his own ideas and efforts, Delacorte's passion was ignited. He worked rigorously, and during the formative years of the venture he became proficient in all areas of publishing, including everything from editing to management. His business partner, who had been the New York World's Sunday editor, died after Dell's first year, so Delacorte was sole proprietor and thus had complete creative license to steer Dell's production in any direction.

Dell's first published efforts consisted of ten-cent pamphlets that offered nothing more than horoscopes and other entertaining tools for introspection. Delacorte followed these humble beginnings with a self-edited series called Sweetheart Stories, which indulged romantics and love-struck literary voyeurs.

As the decade progressed, the public's interest turned toward magazines that provided content of a confessional nature, not unlike the tell-all talk shows that have been so popular during the 1990s. Delacorte constantly experimented with his publications, inventing dozens of titles and varying content at different levels. He would discontinue titles with as little hesitation as he would impart to create ten new ones, and these practices set the pace for his next fifty years in the industry. Just as the 1920s were defined by the public's demand for generic pulp fiction and confessional stories, each decade claimed its own defining genre. The increased popularity of talking movies during the 1930s sparked fanatical interest for information about glamorous movie stars and their lives. As the decade came to a close, the tides turned in favor of comic books, which expanded from mere entertainment for children to provide mature content and story lines for adult audiences.

Delacorte's extensive travel throughout Europe exposed him to the possibility for mass-market paperback books of both classic novels and random genre entertainment, such as mystery, romance, and crime novels, to name a few. Delacorte developed and advanced related aspects of the book industry until his retirement in 1976, when he sold Dell Publishing Company for a rumored thirty-five million dollars to Doubleday and Company.

There are a few particularly fascinating facets of Delacorte's career. First, it should be noted that the foundation of his success was built through a period of economic depression in America. Delacorte always thought up new ways to pinch pennies while securing the interest of readers who were very careful about how and where they spent their limited resources. According to Kreshel, Delacorte discussed some of his financial tactics during this era. One of the ways he stretched his limited resources was how he collected content. "He purchased inexpensive manuscripts from England. Ten thousand dollars bought enough manuscripts to fill a publication for two or three years. The manuscripts were then rewritten, with the characters and situations changed to American ones. Dukes became banker's sons, and the postmistress in the village became the stenographer in the city. Delacorte created demand by passing out free copies of his publications.''

Although people did not have a lot of disposable income during the Depression, because of the unemployment rate they had a lot of time, and Delacorte's entertaining material helped to keep people's minds off of their bleak circumstances. Even as the economy improved with World War II, there was still a base desire harbored by Americans to be entertained without having to exert much, if any, energy or brain power. Just as television, movie rentals, video games, and Internet access provide the seeming majority of Americans with a non-challenging way to spend their free time, Dell's pulp magazines and books were available for one purpose: to provide pleasure and recreation for its readers.

Another notable facet of Delacorte's career is the way he distinguished Dell Publishing from other publishing companies, particularly by the way he conducted his business through the comic book boom during the 1940s. Although initially marketed to younger audiences, the public enthusiastically received the format and recreational value of comic books, and companies started to produce stories and themes with explicitly adult subjects. Dell, however, decided to forgo the profits being made by the increasingly salacious material because of Delacorte's "own personal fondness for, and understanding of children," according to Laurence Bell in Advertising and Selling. As parents' groups and educational organizations brought the issue before Congress and issues of governmental censorship were being debated, Dell produced nothing but family-oriented subject matter, and was frequently hailed by the concerned groups as one of the few respectable companies. According to Kreshel, "Dell's cast of comic-book characters included Gene Autre, Tom and Jerry, Little Luau. Mickey Mouse, Donald Duck, the Lone Ranger, Ray Rogers, and Tarzan." In fact, Delacorte claimed to be one of the reasons Disney was able to stay in afloat during difficult financial times. Kreshel stated that "during hard times Dell kept Disney in business, paying as much as ten thousand dollars in royalties per month."

Once again, it is striking to note the similarities among public reaction to questionable material during that period of time and the public outcry so prevalent at the end of the twentieth century with regard to gratuitous violence, sexual content, and politically incorrect materials. Dell's popularity was reflected by its profits, as comic-book sales by 1950 were estimated to be more than thirty million dollars each month. After Delacorte's retirement, he told a reporter, according to Kreshel, that "I spent much of my life accumulating money, so I decided I wanted to apply the rest of my years giving a good part of it away." It was easy for him to decide where he wanted to invest, as he told a Time magazine writer in 1969: "I was born and raised in New York, made my money in New York, and now I want to give my money back to New York." He sprinkled his city with the donation of several beautiful fountains, an amphitheater for Central Park, and a glockenspiel for the Central Park Zoo. He founded Make New York Beautiful, Inc. in 1964 with five other New Yorkers, which was dedicated to promote culture and aestheticism throughout the city; he established several funds for Columbia University, and donated more than six million dollars to its programs, renovation, and departments. 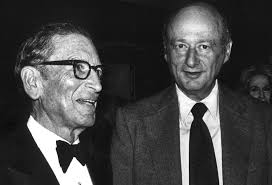 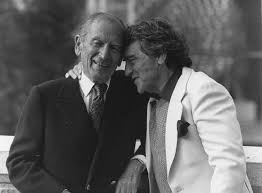 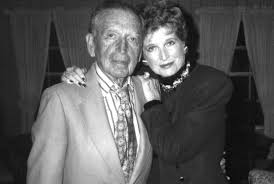 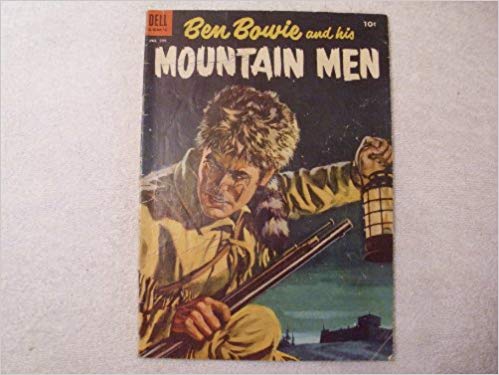 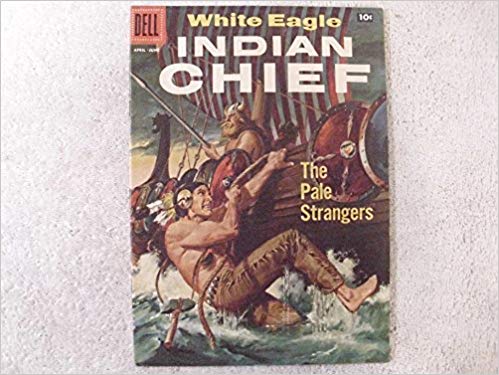 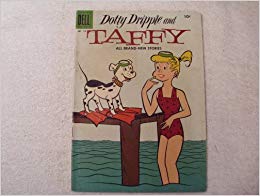 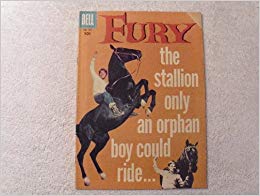 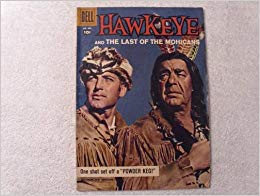 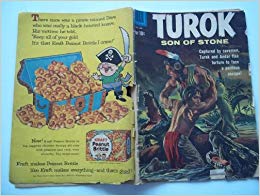 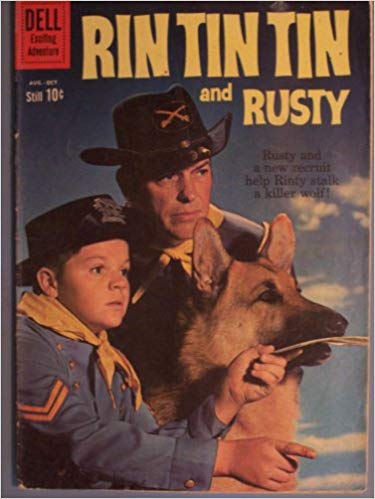 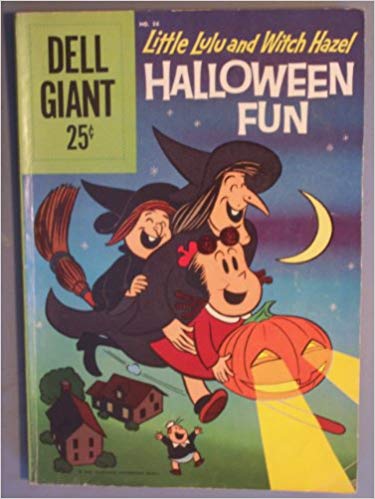 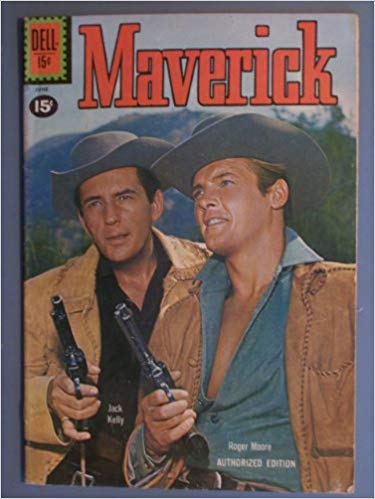 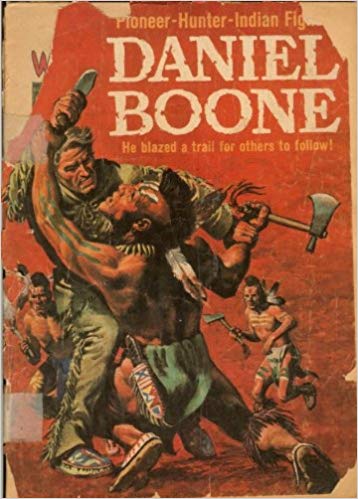 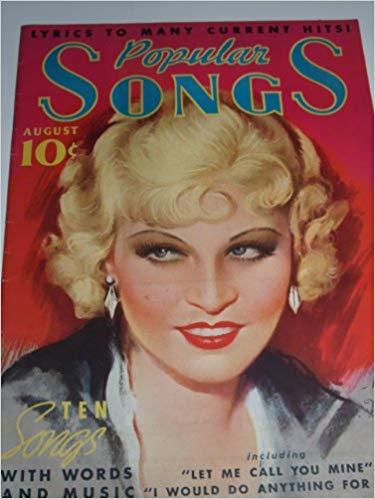 Delacorte was an innovator and a risk taker, with the ability to predict the public's entertainment interests and transform his focus and vision as often and as drastically as necessary. He also made sure to integrate his own style and eventually his own social and ethical beliefs to ensure his life was in accordance with his own comparatively high personal standards.

Delacorte led a life of integrity and had an aptitude for playing by his own rules.

He was an outgoing man who opted to surround himself with typical people and authentic issues instead of elitist intellectual fodder.

On August 30, 1912 George married Margarita von Doerhoff with whom he had six children. She died in 1956. In 1959 he married Valerie Hoecker.