( Many historians of U.S. foreign relations think of the ...)

Many historians of U.S. foreign relations think of the post-World War II period as a time when the United States, as an anti-colonial power, advocated collective security through the United Nations and denounced territorial aggrandizement. Yet between 1945 and 1947, the United States violated its wartime rhetoric and instead sought an imperial solution to its postwar security problems in East Asia by acquiring unilateral control of the western Pacific Islands and dominating influence throughout the entire Pacific Basin. This detailed study examines American foreign policy from the beginning of the Truman Administration to the implementation of Containment in the summer and fall of 1947. As a case study of the Truman Administration's Early Cold War efforts, it explores pre-Containment policy in light of U.S. security concerns vis-a-vis the Pearl Harbor Syndrome. The American pursuit of a secure Pacific Basin was inconsistent at the time with its foreign policy toward other areas of the world. Thus, the consolidation of power in this region was an exception to the avowed goal of a multilateral response to the policies of the Soviet Union. This example of national or strategic security went much further than simple military control; it included the cultural assimilation of the indigenous population and the unilateral exclusion of all other powers. Analyzing traditional archival records in a new light, Friedman also investigates the persisting American notions of a Westward moving frontier that stretches beyond North American territorial bounds. 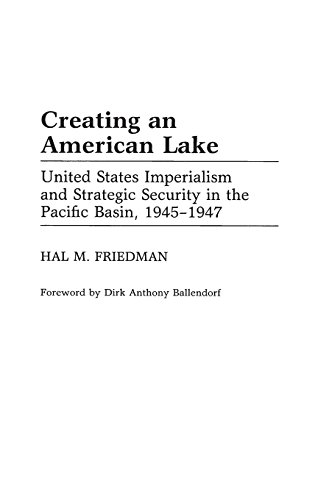