Buddhas of the Celestial Gallery

( In the tradition of Celestial Gallery and Goddesses of ...)

In the tradition of Celestial Gallery and Goddesses of the Celestial Gallery, Romio Shrestha’s latest art book gathers striking Tibetan-style mandala paintings featuring the Buddha. These hauntingly powerful paintings depict the life of the deity in eloquent detail and render postmodern interpretations of an age-old Tibetan artistic tradition in which images are painstakingly created using malachite, lapis, and marigolds, and painted at times with three hairs of a cat’s tail. These exquisite portrayals of the celestial spheres, known as mandalas, invite viewers to meditate on the Buddha’s message of love, completion, and connectedness. Also available in a lavishly illustrated oversize edition

Boldly reinterpreting the age-old Tibetan and Nepalese art form known as Thangka, Celestial Gallery offers beautifully detailed representations of mandalas, or celestial spheres. Simply gazing upon the mandalas is meant to inspire in the viewer a heightened state of intention and clarity. Master painter Romio Shrestha and his team of artisan monks have created postmodern versions of these enlightened Buddha realms from hand-ground malachite, lapis, marigolds, and other rare substances. Painted at times with a mere three hairs from the tail of a cat, these multifaceted scenes of otherworldly deities are rich with hauntingly powerful detail. Depictions of White Tara, Green Tara, the Medicine Buddha, and many other celestial beings invite and inspire meditation and reflection. 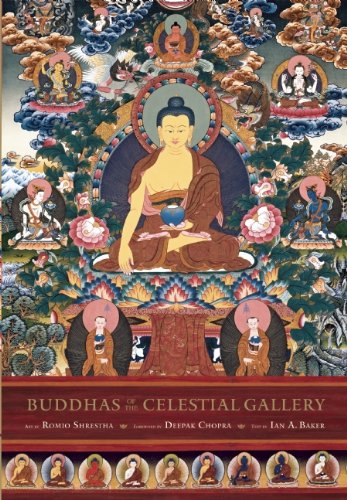 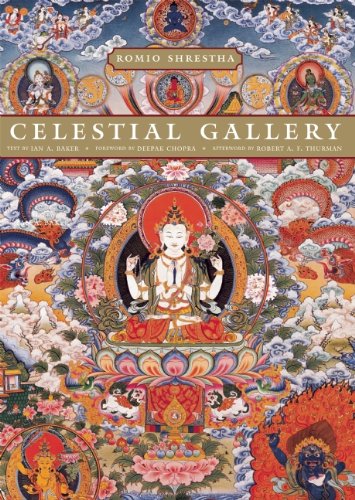 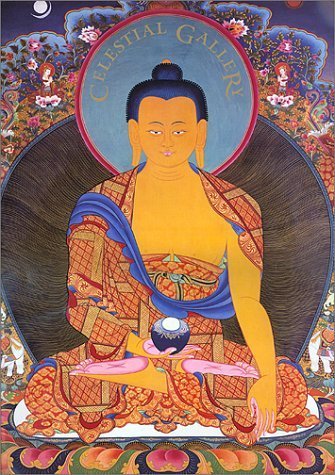