Schooling, Experience, and Earnings (Human Behavior and Social Institutions No. 2)

(Analyzes the distribution of worker earnings across worke...)

Analyzes the distribution of worker earnings across workers and over the working age as consequences of differential investments in human capital. The study also develops the human capital earnings function, an econometric tool for assessing rates of return and other investment parameters.

Studies in Labor Supply (Economists of the Twentieth Century) (v. 2)

(These essays focus on the family context of labour supply...)

These essays focus on the family context of labour supply, especially that of women. Special attention is devoted to wage incentives and wage consequences of labour supply and to long term trends in the female labour force, a major phenomena of the 20th century. Mincer discusses labour supply in the family context, labour supply, human capital and the gender wage gap and labour supply with wage floors. This is the second of two volumes containing edited selections of Professor Mincer's essays, some of which are published here for the first time. Introductions to each volume aim to provide overviews of the interconnections of the topics discussed, their conceptual coherence and empirical significance. 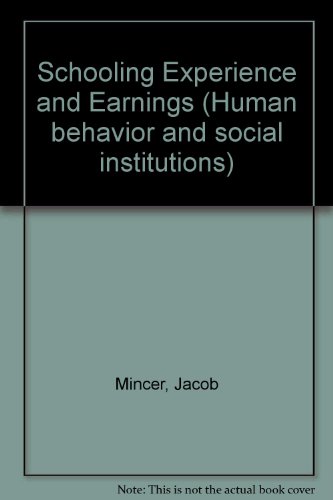 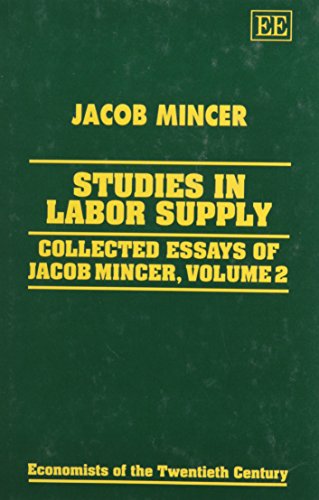 In my earliest work I formulated and applied human capital analysis to the structure of labour incomes. This work, which focussed on investments in education and in job training, culminated in my 1974 book, in which the human capital earnings or wage function was developed into a simple and popular econometric tool. The human capital approach to the wage structure was further applied to sex differentials in wages in several of my articles.

The 1962 article in Aspects of Labor Economics was the starting point of the modern developments of labour supply analysis. The formulation of labour supply decisions within the family context permitted an empirical separation of income and substitution effects and an application to the study of trends in the labour force. The concept of opportunity cost of time was generalised and applied to both labour force and fertility behaviour, as well as to cyclical fluctuation in work decisions.

The work on human capital and labour supply described above basically integrates nonmarket (household) behaviour with behaviour in the labour market, extending the same economic analysis to both.

More recently, my research was extended to labour mobility phenomena. This research explores a duality between wage movements and probabilities of job changes on the job and over the life-cycle. This duality is attributable, in large measure to human capital specification in job experience and training.

The findings provide insights into some aspects of so-called ‘implicit

labour contracts’, into lifetime wage trajectories, and into the nature of differential unemployment. A part of this work also applies to migration, especially in the family context, which was previously neglected. More recent is my work on the economics of wage floors, analysing the effects of minimum wages and of union wage setting on employment, unemployment, fringes, turnover, and training under alternative models of probabilistic and systematic rationing of excess supply.