Other photo of James Longstreet

From Manassas to Appomattox

James Longstreet was a Civil War Confederate Lieutenant General. He commanded the First Corps of the Army of Northern Virginia, under General Robert E. Lee.

James Longstreet was the son of James and Mary Anna Dent Longstreet and the nephew of Augustus Baldwin Longstreet. He was born on January 8, 1821, in Edgefield District, South Carolina, United States but removed in early childhood to the vicinity of Augusta, Georgia, where his father farmed until he died in 1833. The widow then resided at Somerville, Morgan County, Alabama.

While a cadet at West Point, his interests continued to remain athletic rather than intellectual - he later wrote that he "had more interest in the school of the soldier, horsemanship, sword exercise, and the outside game of football than in the academic courses" - and he consistently ranked in the bottom third of his class.

He attended the academy with McDowell, Sherman, Halleck, Thomas, and Grant, and was graduated fifty-fourth in a class of sixty-two in July 1842. He was commissioned a brevet second lieutenant. 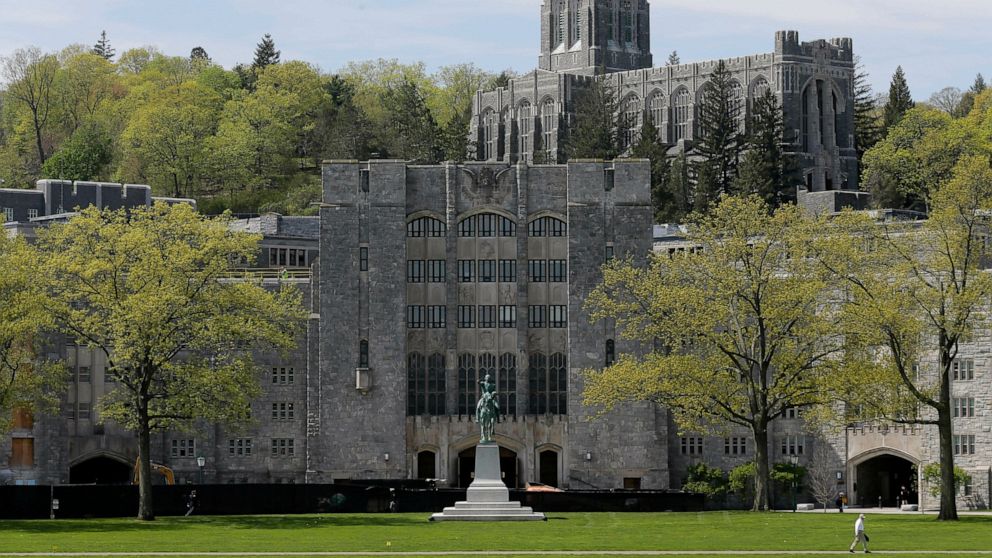 In 1842 Longstreet enlisted in the 4th United States Infantry. He served at Jefferson Barracks, Missouri; Natchitoches, Louisiana, and then with the 8th Infantry at St. Augustine, Florida. In the Mexican War, he was with Zachary Taylor until after the battle of Monterey and with Scott during the expedition to Mexico City. Wounded at Chapultepec and brevetted major, he continued in the army and in 1861 was a major (as of July 19, 1858) in the paymaster's department.

Following his resignation (effective June 1, 1861) to join the Confederacy, he sought commission in the same department because, as he said, he had abandoned his aspirations for military glory; but his good reputation and rank in the "old army" won him commission as a Confederate brigadier-general, June 17, 1861. Longstreet's admirable employment of his troops at First Manassas (Bull Run) and his skill in organization brought him a promotion to the grade of major-general, October 17, 1861, with the command of a division under Joseph E. Johnston. He was with Johnston at Yorktown in the spring of 1862 and conducted the rearguard action at Williamsburg on May 5, 1862, when he enhanced his prestige; but at Seven Pines, May 31, his tardiness in taking a position and the singular misinterpretation of his orders were material factors in the Confederate failure.

During the Seven Days' Battles around Richmond, after General Robert E. Lee assumed direction of the army, Longstreet moved promptly, did his full share of the fighting, and won Lee's entire confidence. Recent criticism of his action at Frayser's Farm on June 30, and in the pursuit of McClellan on July 2, is hardly justified by the evidence. After the Seven Days, Lee placed more than half his infantry under Longstreet and on August 13 sent him to reenforce "Stonewall" Jackson, who was near Orange Court House, confronting a new Federal army under Major-General John Pope.

In the first stage of the campaign of Second Manassas, which now opened, Longstreet was slow in crossing the Rapidan, but he later conducted with much skill his part of the difficult shift up the Rappahannock River, and on the morning of August 29 he brought his troops into position on the right of Jackson, who had completed his famous march to Manassas Junction and had then stood on the defensive near Groveton to await reinforcements. Lee was anxious for Longstreet to assume the offensive that day, but Longstreet, always cautious and deliberate in the attack, made repeated excuses for not doing so, and did not enter the action till August 30, when the Federals were quickly routed. Examined in detail, Longstreet's reasons for not attacking on the 29th are certainly defensible and may be valid, but his general attitude showed for the first time that though he was vigorous and effective when his judgment approved the plans of his superior, he was slow to yield his own opinions and equally slow to move when he thought his commander's course was wrong. This was to become the greatest defect of his military character.

Longstreet did not indorse the expedition into Maryland in September 1862, but he fought well at Sharpsburg (Antietam) and was made lieutenant-general on October 11, 1862, on Lee's recommendation. His various divisions were organized as the I Corps with which, on December 13, 1862, he bore the brunt of the defensive fight at Fredericksburg. On February 17, 1863, he followed Pickett's and Hood's division to southeastern Virginia to guard the roads to Richmond from the south and east. In this so-called "Suffolk campaign," he exercised his first semi-independent command, but without substantial achievement of any sort. Although his force equaled that of the Federals, he failed to seize the initiative and was content to employ his troops in collecting supplies from eastern North Carolina. Lee diplomatically urged him either to fight or to rejoin the Army of Northern Virginia, but at a distance from Longstreet and without precise knowledge of his difficulties, Lee refrained from giving him peremptory orders. The result was that Longstreet neither fought nor returned. The absence of two of his divisions from Charlottesville was the chief reason Lee could not follow up the victory won at Chancellorsville.

After the death of "Stonewall" Jackson, May 10, 1863, Longstreet was Lee's most distinguished lieutenant and seems to have taken it upon himself to be Lee's mentor. He advised that the campaign into Pennsylvania, which Lee was then planning, should be offensive in strategy but defensive in tactics, and in some way, he got the mistaken idea that Lee made him a promise to this effect. The consequence was that, when Longstreet at the head of his corps joined Lee in front of Gettysburg on July 1, 1863, and learned that Lee intended to attack Meade, he was disappointed, perhaps disgruntled, and certainly filled with misgivings of failure. The story of Gettysburg, as it concerns the I Corps, is the story of Longstreet's slow, reluctant, and despairing acquiescence in orders he believed would bring disaster. He delayed action on July 2 till it was too late to execute Lee's plan to storm Cemetery Ridge before it was fully manned, and by that delay, he made the attack of July 3 almost a military necessity. The disadvantages which convinced Longstreet that it was dangerous for Lee to assume the offensive were heightened by Longstreet's tardiness and lack of confidence. Gettysburg virtually concluded Longstreet's service with the Army of Northern Virginia during the period of its major offensive operations.

He was dispatched to Georgia in September 1863 and did admirably at Chickamauga, but he was not successful in front of Knoxville, Tennessee, in November, and later, isolated in eastern Tennessee, was so close to despair that he contemplated resignation. Aroused, however, by the danger of a Federal invasion of Georgia, he proposed several plans for an offensive in Tennessee and Kentucky. None of these was considered practicable by President Davis. Brought back to Virginia with his troops in April 1864 and stationed near Gordonsville by Lee, Longstreet arrived on the field on the morning of May 6 in time to rally Hill's corps in the second day's battle of the Wilderness. He at once organized an excellent counter-stroke, in the execution of which he was wounded. He returned to duty in November, participated in the later phases of the defense of Richmond and still had the remnant of his corps in good order when it was surrendered with the rest of the army at Appomattox on April 9.

After the war, Longstreet became head of an insurance company and prospered for a time as a cotton factor in New Orleans, but he joined the Republican party, was ostracized in consequence, and turned to political office for a living. From 1869 till his death at Gainesville, Georgia, he held a series of Federal appointments - surveyor of customs at New Orleans, postmaster of Gainesville, minister resident to Turkey, United States marshal for Georgia, and United States railroad commissioner.

Longstreet's espousal of the Republican faith made him unpopular in the South and probably caused some postbellum Southern writers to do him less than justice. The claims he made in his military autobiography, "From Manassas to Appomattox" (1896), and in his earlier contributions to "The Annals of the War" (1879) and "Battles and Leaders of the Civil War", aggravated the feeling against him. 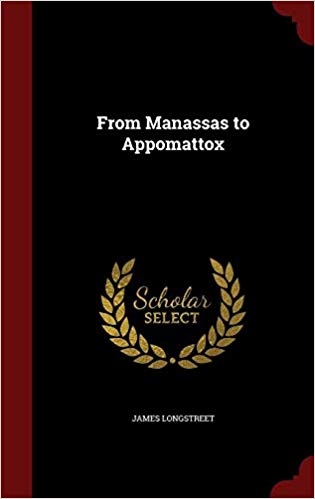 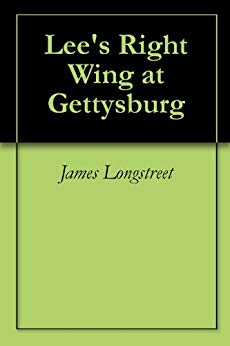 Longstreet was a member of the Republican Party.

Longstreet did not possess the qualities necessary for a successful independent command, and his skill in strategy was not great. His marching was apt to be slow and he was too much prone to maneuver and await attack; but once the battle was joined, he displayed a cheerful composure, a tactical understanding, and a skill in handling his troops that made him an almost ideal corps commander.

Physical Characteristics: In-person Longstreet was slightly below middle height, broad-shouldered and somewhat heavy in his prime, and during the war was afflicted with partial deafness that sometimes made him appear taciturn.