Dictionary of Banking and Financial Services

(A major revision of the standard dictionary of banking an...)

A major revision of the standard dictionary of banking and finance, written by a prominent lexicographer and consultant to the Oxford English Dictionary and Random House Dictionary. Expanded by 25%, this new edition now features 15,000 entries, including terms from the financial services, insurance and securities industries. All terms have been reviewed and revised to reflect current industry practices, legislation, and regulations.

Compact, concise and easy to use, it defines over 3,500 global trade terms. Alphabetized and cross-referenced, this definitive, up-to-date dictionary includes commonly used symbols, acronyms, abbreviations and much more.

This dictionary incorporates terms from government and private sector organizations, making it an all-inclusive lexicon of international marketing and advertising. Includes terms related to direct mail, sales, retailing, international advertising and marketing, consumer behavior, market research and print and broadcast advertising. Several meanings are often given for the more than 5,500 entries—relatively simple for the layperson, more sophisticated and technical for the specialist.

The Essential Dictionary of International Trade

Dictionary of Artificial Intelligence and Robotics

A compilation of over 4,000 terms and their definitions relevant to artificial intelligence and robotics. Keeping in mind newcomers and more experienced business people in the field, it includes multiple and alternative meanings, abbreviations, acronyms, and foreign expressions. Supplies both general and specialized entries. Cites the relationship between robotics, AI, and computer control terms where applicable. Groups entries containing mutual concepts together alphabetically, by their common term. Identifies archaic terms and their preferred alternative. Useful for increasing clarity, exactness, and stabilizing the most current terminology.

Inside the Wall Street Journal: The History and the Power of Dow Jones and Company and America's Most Influential Newspaper

(Inside the Wall Street Journal: The History and the Power...)

Inside the Wall Street Journal: The History and the Power of Dow Jones and Company and America's Most Influential Newspaper

This desktop reference gives readers instant access to virtually all the technical terms, acronyms, and abbreviations used in the world of Wall Street and stock market investing. It includes the new, increasingly used designations of both Eastern European and Japanese markets.

New legislation, an envigorated European community and Japanese dominance in the global marketplace have generated a host of concepts and regulations unknown to the business community a few years ago, thus creating a myriad of new terminology and often a redefining of already coined phrases. This edition features them all. It not only explains words in both general and specific terms but also compares them and refers to other similar meanings. Includes an appendix of useful tables and information.

( As the prime force behind trade throughout the Western ...)

As the prime force behind trade throughout the Western Hemisphere, the United States is emerging with two trade projects--the newly-signed North American Free Trade Agreement and the projected New American Community. This volume provides a clear, concise guide to all aspects of the 5-volume NAFTA accord, its side agreements, and the unfolding New American Community. It covers specific issues, rationalizations, ideologies, controversies, and recommended actions. With special emphasis on the North American Free Trade Agreement, the volume will provide a major resource for both academics and decision makers in industry and government. Written by a leading authority on U.S. Latin American trade, the volume includes entries, arranged alphabetically, on NAFTA and other trade-related topics. The NAFTA entries are based on the five-volume treaty or official government and nongovernmental publications. Since the New American Community is still emerging, the non-NAFTA entries are interpolations from past trade accords and existing nationwide agreements or ideas based on global concepts and directives, especially the European Union.

Containing over 6000 definitions, this reference work covers the terminology used in every segment of the retailing industry, from shipping and receiving to marketing and advertising. It includes terms pertaining to buying, merchandising and visual display, catalogue and mail order marketing, consumer research, retail finance and accounting.

(The Essential Marketing and Advertising Dictionary is an ...) 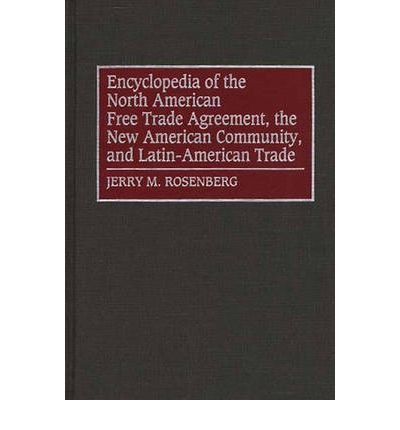 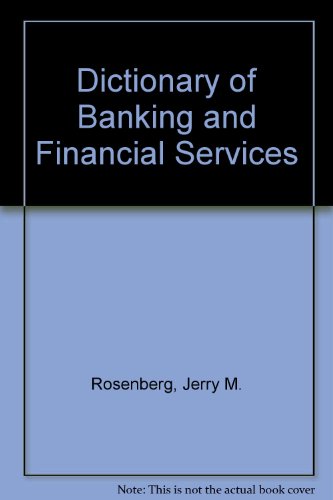 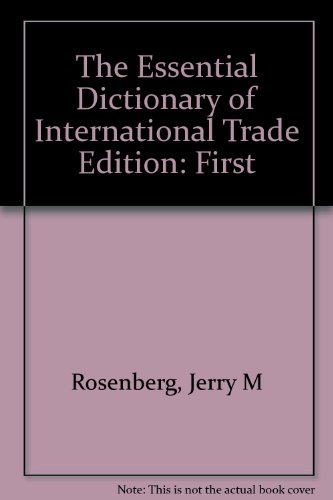 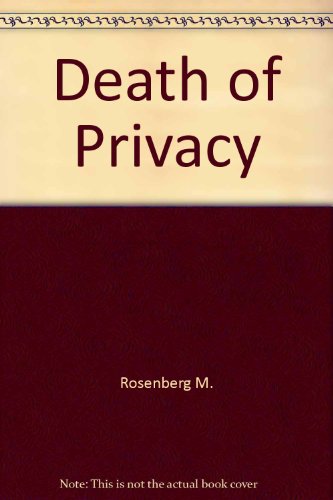 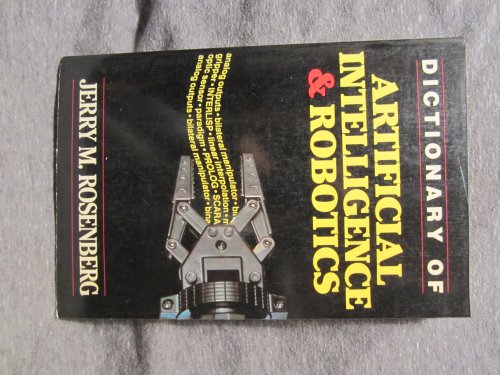 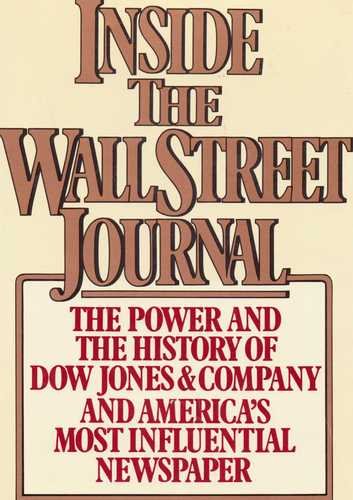 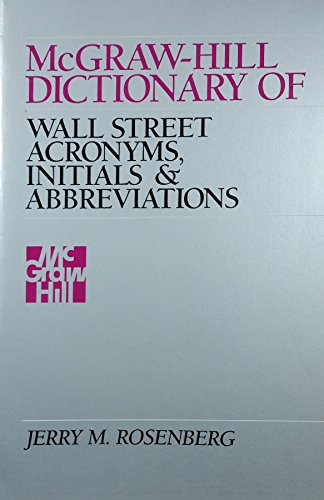 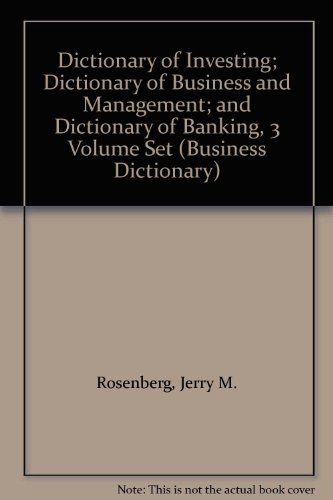 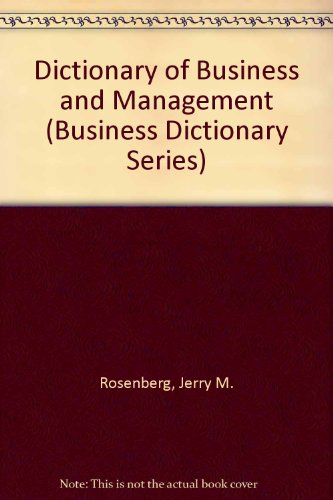 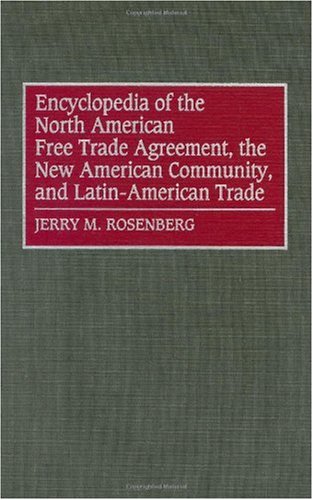 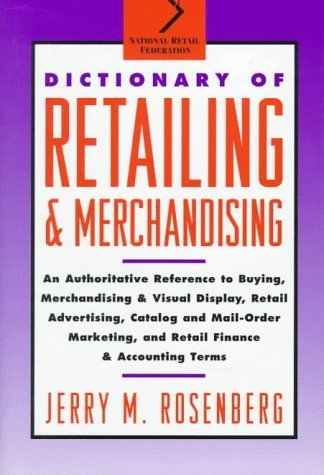 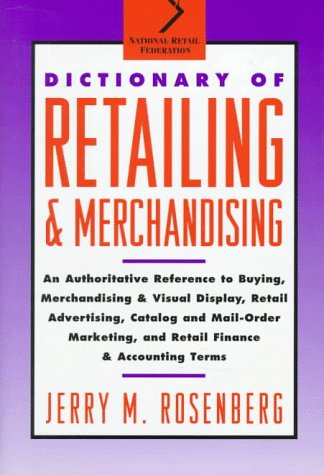 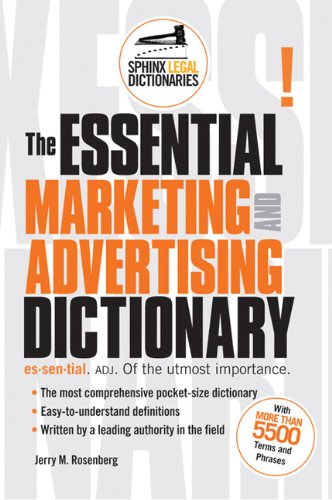