The Supreme Court, headed by Melville Fuller; with Harlan in the front row, second from left.

The Supreme Court, headed by Melville Fuller; with Harlan in the front row, second from left.

The Evolution of a Judicial Philosophy: Selected Opinions and Papers of Justice John M. Harlan

John Marshall Harlan was an American lawyer and politician from Kentucky who served as an associate justice of the U.S. Supreme Court. His dissenting view in 1896 opposing the "separate but equal" constitutional justification of racial segregation became the law of the land in 1954.

Mr. Harlan was born in Boyle County, Kentucky, United States, on June 1, 1833 to a prominent family. His father, a close friend of Henry Clay, was a prominent Whig politician who served as a congressman as well as attorney general and secretary of state of Kentucky. His mother, Elizabeth, née Davenport, was the daughter of a pioneer from Virginia. 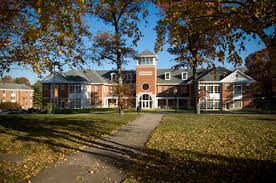 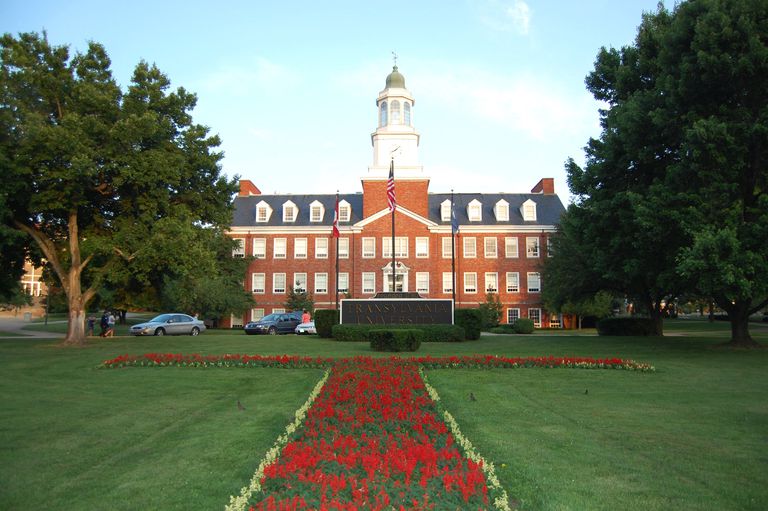 For two decades, Mr. Harlan pursued the life of a lawyer-statesman. He began as a Whig with a gift for delivering rousing stump speeches. In 1858 he was elected county court judge in Franklin County. Then, a little less than 20 years later, John Harlan was appointed to the U.S. Supreme Court, the year he spent as a county court judge was his only prior judicial experience.

In 1859 John Harlan tried to leap from the local political stage to a national one by running for Congress, but he lost his election bid. With the outbreak of the Civil War in 1861, Mr. Harlan threw himself behind the Union cause. He fought politically to keep Kentucky from seceding and volunteered to bear arms for the Union, serving as colonel of the Tenth Kentucky Volunteer Infantry. But when his father died in 1863, Mr. Harlan returned home to take over the elder Harlan’s legal practice and - as it happened - to try his hand again at politics. This time he succeeded in winning election as attorney general of Kentucky, a position he held from 1863 to 1867.

By the late 1860s, Mr. Harlan had shifted his allegiance to the Republican party, but the party’s strength in Kentucky was not sufficient for him to win the governorship when he ran for this post in 1871 and again in 1875. In spite of these defeats, however, John Harlan had begun to gain some measure of national prominence. His conversion to the Republican fold also made him first acquainted with and later a law partner of Benjamin H. Bristow, who became secretary of the treasury during the administration of President Ulysses S. Grant.

Mr. Harlan’s association with Benjamin Bristow proved to be the catalyst for his own advancement on the national scene. He led the Kentucky delegates to the 1876 Republican National Convention and worked hard on behalf of Mr. Bristow’s bid for the presidential nomination. When Benjamin Bristow’s prospects to gain the nomination eventually dissipated, John Harlan swung the Kentucky delegates to the support of Rutherford B. Hayes. After Mr. Hayes survived the contested presidential election that year and the special commission appointed to resolve the crisis it had produced, he did not forget John Harlan’s support - though neither did he immediately reward it lavishly. At first the president simply dispatched Mr. Harlan to serve on the 1877 Louisiana Commission charged with settling that state’s own election crisis from the previous year. After this commission had completed its work, however, Mr. Harlan was poised to receive a far greater appointment. The resignation of Justice David Davis in March 1877 created a vacant seat on the Court that President Hayes anxious to make peace with the South - wished to fill with a southerner. John Harlan’s abilities and his Republican loyalties - though doubted in the latter aspect by some of the more radical members of the party - sufficiently impressed Rutherford Hayes that he nominated John Harlan as an associate justice of the Supreme Court on October 16, 1877. The Senate confirmed Mr. Harlan’s appointment the following month, and by the end of 1877 he had taken his seat on the Court.

John Marshall Harlan’s tenure on the Supreme Court lasted almost 34 years. During that time he secured a prominent place in the Court’s history, though he earned this place in spite of his failure to influence his colleagues on the bench in most of the key cases heard during his tenure. Surrounded by strong and able justices such as Samuel Miller, Joseph Bradley, and Stephen Field, Mr. Harlan found himself unable to join these men in many of the important decisions of the day. So often did John Harlan part ways in his thinking with the rest of the Court that he earned the title of the "Great Dissenter." Nevertheless, many of Justice Harlan’s dissenting opinions ultimately became law in the 20th century, and subsequent observers of the Court have often seen Mr. Harlan as a kind of prophet in exile from his own time, proclaiming legal principles that would triumph only after his death.

Mr. Harlan achieved a prominent place in the history of American constitutional law partially through his dissents in important civil rights cases decided in the second half of the 19th century. In the years after the Civil War, the Reconstruction Congress attempted to secure the civil rights and liberties of black Americans by proposing constitutional amendments and federal laws designed to achieve these aims. The Reconstruction Amendments were the most important expression of this effort. The Thirteenth Amendment abolished slavery, the Fourteenth guaranteed the equal protection and due process of law, and the Fifteenth prohibited voting discrimination along racial lines. These amendments authorized Congress to pass legislation implementing their various guarantees; and Congress did, in fact, pass a variety of laws intended to achieve their aims. But when these laws and other questions involving the interpretation of the Reconstruction Amendments arrived at the Supreme Court, most of the justices gave a cool welcome to the hopes of African Americans. Mr. Harlan, however, penned significant dissents in a series of civil rights cases.

In another area of constitutional law, John Harlan also dissented from positions taken by the majority of the Court that would ultimately be discarded in the 20th century in favor of Mr. Harlan’s views. The issue had to do with the effect of the Fourteenth Amendment’s due process clause on various rights protected by the Bill of Rights. Prior to the Civil War, the Supreme Court had ruled in Barron v. Baltimore (1833) that the protections offered by the provisions of the Bill of Rights, such as the freedom of speech guaranteed by the First Amendment and the freedom from unreasonable searches and seizures guaranteed by the Fourth, applied only to federal action. The Bill of Rights, according to the Court, did not restrain states from depriving citizens of freedom of speech, for example. With the ratification of the Fourteenth Amendment, however, it became possible to argue that the protection of life, liberty, and property from state deprivation without "due process of law" changed this.

Due to the process clause, some argued, incorporated the various provisions of the Bill of Rights and made them applicable to states as well as to the federal government. Justice Harlan was an early proponent of this view. Thus, for example, in Twining v. New Jersey (1908) the Court considered whether the Fifth Amendments privilege against self-incrimination applied to state criminal proceedings. Eight members of the Court concluded that it did not. John Harlan, in lone dissent, argued to the contrary. In his view, the Fourteenth Amendment had nationalized the Bill of Rights and made them a bulwark against governmental action at every level. Though the Court has never adopted the view that all the provisions of the Bill of Rights are equally applicable to federal and state governments, it has generally vindicated Mr. Harlan’s view by finding that most of the liberties protected in the Constitution’s first 10 amendments do indeed apply with equal force to all levels of government. 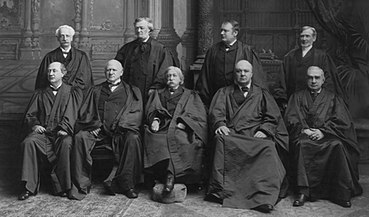 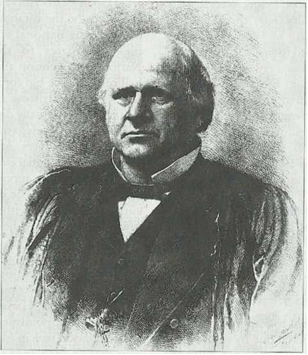 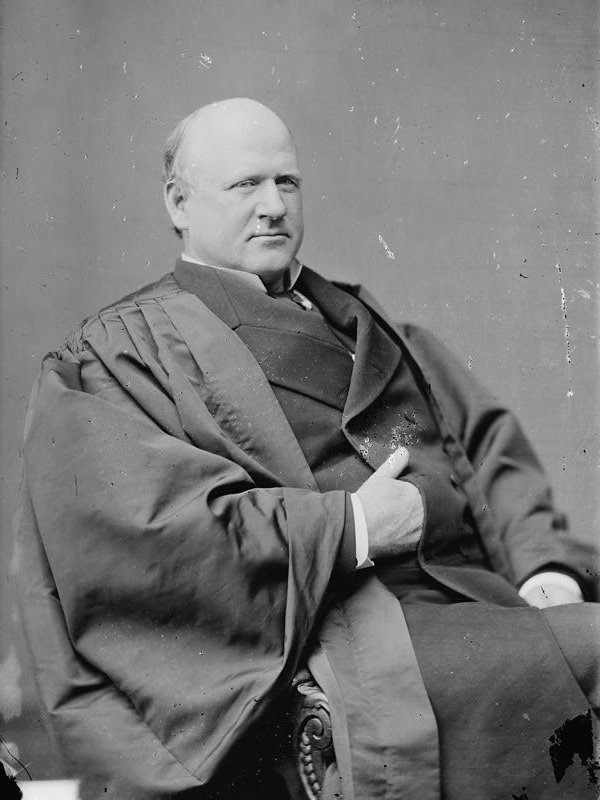 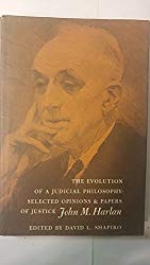 Mr. Harlan was a fundamentalist Christian, and his Christian beliefs played a large role in his life, as a Supreme Court justice, and in general. During his tenure as a justice, he was an elder at the New York Avenue Presbyterian Church in Washington, District of Columbia, and there he taught a Sunday school class of middle-aged men from 1896 until 1911.

Mr. Harlan’s vigorous support of civil rights reflected a remarkable personal transformation. He had been born into a slaveholding family and had himself owned slaves until the ratification of the Thirteenth Amendment forced him to free them. Moreover, in the 1850s Harlan had joined the Know-Nothing Party and had cheered Kentucky audiences with rousing stump speeches full of racist and states rights invective. The following decade found him no less friendly to the rights of blacks. He opposed President Lincoln’s Emancipation Proclamation and the president’s reelection in 1864.

After the war, John Harlan similarly opposed ratification of the Reconstruction Amendments, which sought to guarantee civil rights for the newly freed slaves. But by the end of the 1870s, Mr. Harlan had moved sharply away from these earlier positions. Virtually alone on the Supreme Court, he championed vigorous interpretations of the Reconstruction Amendments that would have made them into a significant source of protection for civil rights.

John Harlan contended that every man, whatever his politics, deserved as good a lawyer as he could pay for. In his view each deserved protection from infringement on the basic right to develop to full capacity. Harlan was also committed to the idea that the nation, as well as individuals, should maintain its strength.

Quotations: "But in view of the constitution, in the eye of the law, there is in this country no superior, dominant, ruling class of citizens. There is no caste here."

"The Constitution is not a panacea for every blot upon the public welfare. Nor should this Court, ordained as a judicial body, be thought of as a general haven for reform movements."

"The humblest is the peer of the most powerful."

"The law regards man as man, and takes no account of his surroundings or of his color when his civil rights as guaranteed by the supreme law of the land are involved."

"Our constitution is color-blind, and neither knows nor tolerates classes among citizens."

In 1856, Mr. Harlan married Malvina French Shanklin, the daughter of an Indiana businessman. They had six children, three sons and three daughters. Their eldest son, Richard, became a Presbyterian minister and educator who served as president of Lake Forest College from 1901 until 1906. Their second son, James S. Harlan, practiced in Chicago and served as attorney general of Puerto Rico before being appointed to the Interstate Commerce Commission in 1906 and becoming that body's chairman in 1914. Their youngest son, John Maynard, also practiced in Chicago and served as an alderman before running unsuccessfully for mayor in both 1897 and 1905; John Maynard's son, John Marshall Harlan II, served as a Supreme Court Associate Justice from 1955 until 1971.