(Identifies many of the unique legal and institutional con...)

Identifies many of the unique legal and institutional constraints that apply to agriculture. Although tax issues are not explored systematically, the areas explored in depth introduce students to most of the regulatory models and policy choices that define the area of agricultural law. The diversity of material permits great flexibility in structuring a course to meet specific and varied goals. 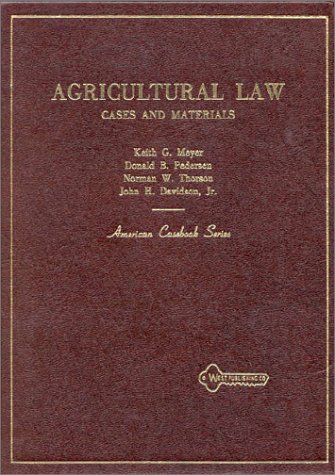